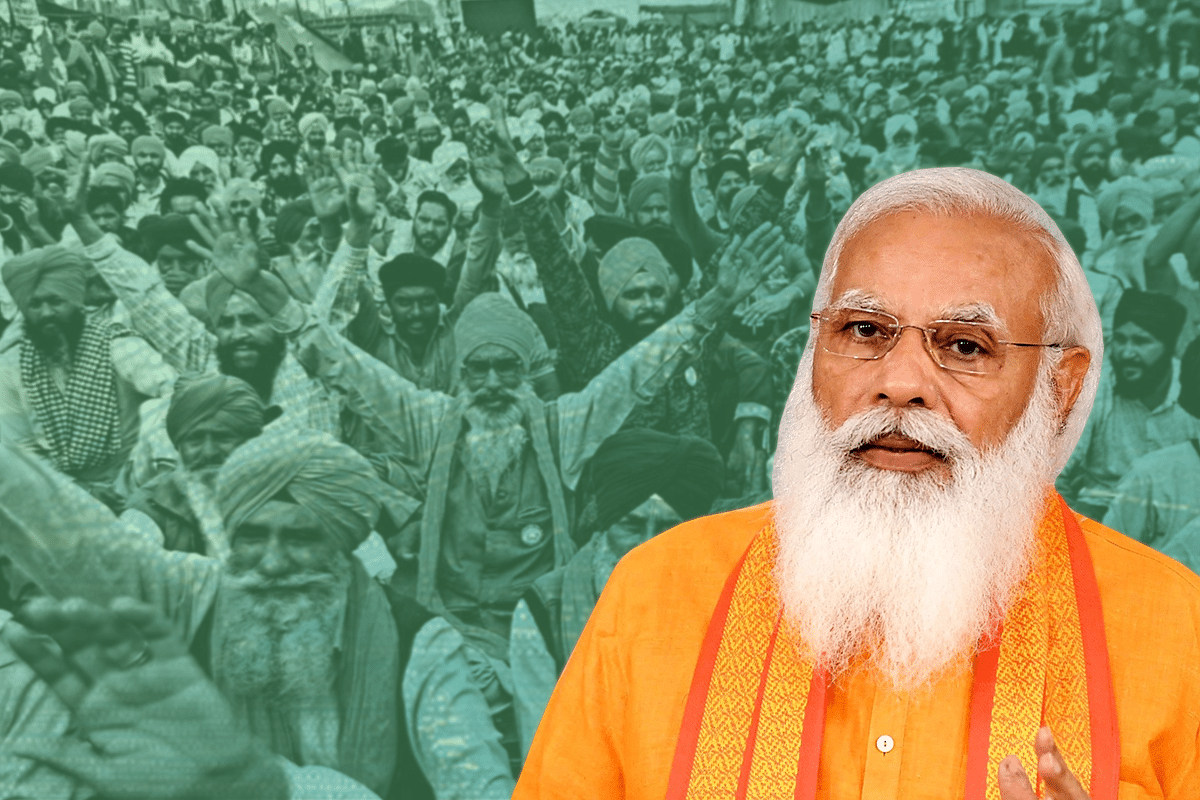 Prime Minister Narendra Modi’s decision to repeal all the three farm reform laws — announced through a televised address today — is a defeat for reforms and a victory for narrow-minded politicians and anarchists driven by nothing more than animus to Bharatiya Janata Party (BJP) and Modi in particular.

The Prime Minister also formally apologised to farmers, which suggests that he has realised that discretion is the better part of valour. Taking on a very large group of voters just before major state assembly elections would have been a huge political challenge.

This constitutes the third major political defeat for Modi, with the earlier two being the enactment of the National Judicial Appointments Commission (which was defeated in court), and the proposed land reforms of 2014, which were scuttled in Parliament and overtaken by false narratives about church attacks and a rapidly uniting opposition. This is not counting the half-defeat on the Citizenship Amendment Act, where the government has been unable to announce the rules due to largely Muslim opposition. One cannot rule out another retreat here too.

It is also possible that Capt Amarinder Singh, who recently broke away from the Congress party, may have been instrumental in convincing the Modi government that persisting with the reforms would be counter-productive. He is one of the few thanking Modi for the repeal. There should be some impact on farmer sentiment in Punjab, Haryana and western Uttar Pradesh, with two of them going to the polls early next year.

While it is too early to say whether this will make the Modi government a lame duck for the rest of its two-and-a-half years, the fact remains that geo-political conditions have moved adversely for India after the farm laws were passed in mid-2020. First there was the Chinese incursion in Ladakh, and then came the US retreat from Afghanistan, and then came the likelihood that the farm agitation itself had been infiltrated by anti-national forces, especially Khalistani elements. With Muslim passions already being aroused on various counts, the Modi government could ill afford to fight on three fronts: Pakistan, China and against internal anarchists and anti-nationals.

It will take some time to figure out whether this is only a tactical retreat or a devastating defeat inflicted on the government.

First, it is unlikely that the farmers, having tasted victory after demonstrating extraordinary resolve, will now withdraw their agitation, though public support for it may wane. The agitation since last year shows that a minority of vested interests can force even strong governments to retreat. Farmers who hoped to benefit from the reforms will now be upset.

Second, this is also a defeat for democracy, for the main reason why the government failed was the aggression shown by rich farmers to defend their narrow interests. Street politics and intimidation of the law and order machinery has worked, as it did in the case of the anti-CAA protests. In both the anti-CAA and anti-farm laws protests, voices supporting the two laws were intimidated into silence.

The only way to salvage reforms is by approaching the issue from the opposite end. This means strengthening farm producer organisations, getting large cooperatives and public sector organisations to set up marketing and branding operations which can deliver higher returns to farmers even outside APMC mandis.

Probably, with hindsight, it can be said that the reforms put the cart before the horse by not convincing farmers first about how they would benefit from them. It is not too late to get these things done, even if the farm laws remain repealed. There is more than one way to skin a cat. One hopes this is not the end of the government’s reformist agenda.