Farmers Are Wrong To Take Maximalist Position; They Should Throw Out Left Activists Who Won’t Let Them Break The Deadlock 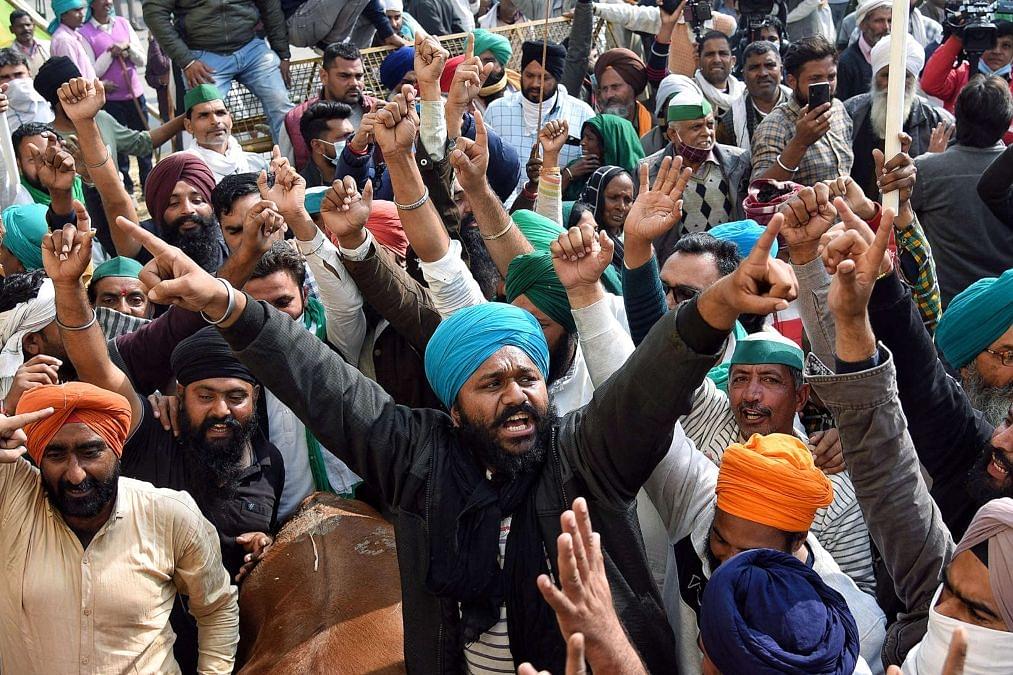 The voices sympathetic to the Bharatiya Janata Party (BJP) likened the Punjab farmers’ march to New Delhi to the anti-Citizenship Amendment Act (CAA) protests last year. This was due to similarities in modus operandi of blocking roads, involvement of same personalities in both the movements, pro-Khalistani and anti-Hindu rhetoric by some, etc.

However, credit must be given to Prime Minister Narendra Modi and Home Minister Amit Shah for their astute political understanding for not buying into this message from their own supporters that the motives of the protesting farmers were sinister and they were agitating for something other than their own agrarian interests.

Despite the initial high-handed treatment of these farmers from Punjab by the Haryana Chief Minister Manohar Lal Khattar, who tried hard to stop them from entering Haryana and then going to Delhi via the Grand Trunk highway, the central government quickly realised that the public sentiment, even among the middle-class and non-farming community or even farmers outside Punjab-Haryana, were with the farmers, and that the issue needed to be handled with sagacity rather than abrasiveness.

There is something to be said about Modi-Shah duo’s ability of keeping their ear to the ground which not only helps them win election after election but also prevents them from taking maximalist positions that could inflame public anger and erode their personal political capital.

Let’s look at how the Centre has responded to the demands of the farmers. Once they were at the Haryana-Delhi borders, Shah publicly appealed to farmers to not block the roads and rather pitch tents at Burari ground. He promised that the government will call the union leaders for a talk right away if that happened. The farmers refused. Nevertheless, the government yielded and invited the farmer leaders for talks.

So far, five rounds of talks have been held. Before the sixth round, the farmers met with Shah and he also listened to their concerns. Next day, the government sent to farm unions a list of 10 issues that it was willing to compromise on to reach a consensus and break the logjam.

These were: written assurance that minimum support price (MSP) regime will continue, states can be made to register private buyers and cess can be charged from them like Agricultural Produce Market Committee (APMC) mandis, reassurance that private players can’t take over land of farmers they are contracting with, further clarification that contractors can’t take mortgage on farm lands if they are constructing on it and they can’t maintain possession of the construction and giving choice to farmers to approach civil courts in case of disputes.

Not only that, the government even agreed to address concerns of the farmers regarding Electricity (Amendment) Act, 2020 and Air High quality Administration of NCR Ordinance, 2020 which sought to reform power distribution companies in the states and control pollution arising from stubble burning by Punjab farmers respectively.

These had nothing to do with the three farm laws passed by the Centre but when you have mobilised tens of thousands of farmers and blocked roads to demand five things, why not throw in a couple of more demands, right? You might get lucky.

The fact that the government has responded to each and every grievance of farmers, and then some more, shows that it is willing to go more than half-way to break the deadlock. But the farmers are not. They want complete repeal of farm reforms, the rollback of 1991 moment for India’s agriculture. They have misunderstood the government’s willingness to engage with them and agree to address all the concerns as its weakness.

The leftist and communist activists like Yogendra Yadav suffering from ‘Modi Derangement Syndrome’ and who have become the unofficial spokespersons of the farm unions are likely egging them on. Maoist turned farmer Darshan Pal, founder of People’s Democratic Front of India along with Varavara Rao (currently in jail for allegedly plotting assassination of India’s prime minister) and S A R Geelani, is appearing in media as one of the union leaders.

As long as farmers have such noxious elements negotiating on their behalf, they shouldn’t expect that any resolution of the standoff. It’s hardly a surprise that discussions with the government have come a cropper. The interests of communists and Maoists is not in resolution but confrontation, and they will do everything to make sure that that happens.

Genuine farmer leaders should take back control of the movement and expel these malcontents, who have no intention of furthering the farmers’ interests. They should learn from history.

As K K Muhammad, former regional director of the Archaeological Survey of India (ASI), had said once, “The Babri issue would have been settled long ago if the Muslim intelligentsia had not fallen prey to the brain-washing by leftist historians”.

The Allahabad High Court and the Supreme Court had also taken the leftist historians to task for their distortions in their respective Ayodhya judgements. Just like they were not interested in just and fair resolution of the Ram Janmabhoomi dispute and only concerned with furthering their own agenda. The communist activists who have now infiltrated the farmers’ protests don’t care two hoots about kisans either.

More importantly, Punjab farmers, who are the core of the present agitation, should quickly realise that they are in a position to negotiate. Punjab is the biggest beneficiary of the lopsided MSP regime which favours them at the cost of farmers in other parts of the country. This year alone, Punjab farmers have accrued MSP benefit of over Rs 62,000 crore (for both wheat and paddy crops). This is grossly unfair and unsustainable.

The Centre can easily reorient the subsidies and link the procurement to production capacity of each state. Farmers in Uttar Pradesh, Madhya Pradesh, Bihar, West Bengal and southern states will benefit (as they should in a fair system) at the cost of farmers in Punjab and Haryana.

Alternatively, the government can end the MSP regime tomorrow and divert Rs 180,000 crore worth money to farmers directly into their bank accounts which would increase PM Kisan payout from current Rs 6,000 a year per farming family to Rs 18,000 per year.

The electoral benefits that the BJP will reap from this should be as clear as a sky. BJP doesn’t have anything to lose and everything to gain if it decides to play pure politics on farmer issues. The only loser here will be Punjab farmers.

They should understand the precarious situation they are in and quickly strive to reach a compromise with the government lest the public sentiment starts to turn against them.

They aren’t covering themselves in glory by their constant calls for strikes and moves to block major roads for days causing inconvenience to millions of people. It’s only a matter of time.