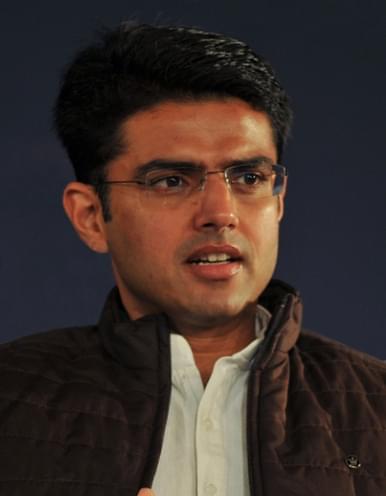 Sachin Pilot, Jyotiraditya Scindia and Milind Deora have decent careers awaiting them outside the Congress party.

Madhavrao Scindia died in an air crash on 30 September 2001. This writer had met him a week earlier. Someone linked to the Rajasthan royal families arranged the meeting, so it was friendly and frank. By the end of the meeting, it was clear to this writer that Scindia was an unhappy man. He was in the front ranks of the Congress, but there was no chance of going higher. His career had ground to a halt.

In the previous year, Rajesh Pilot, another middle-aged and rising Congress leader, had died in an accident. For the conspiracy theorists of Lutyens’ Delhi, Pilot’s untimely death followed by Scindia’s had to be more than coincidence. This writer knew Pilot better. Pilot was the junior Home Minister in P. V. Narasimha Rao’s government. He handled internal security and ran some operations in Jammu and Kashmir. He travelled incognito there sometimes. His senior in the Union Home Ministry, S. B. Chavan, hated his guts. Having covered Kashmir, this writer and Pilot had things to talk about.

At the meeting with Scindia, this writer seems to remember mentioning Pilot. A young career cut short must have weighed with Scindia. It started him off on his blocked options. He had been Narasimha Rao’s Civil Aviation and Human Resources Development Minister though his glory came with the Railway portfolio under Rajiv Gandhi.

In a fit of pique, Rao decided to destroy the Congress in the last phase of his prime ministry. He acted on the Jain Hawala Diary, and one of the casualties was Scindia. Scindia formed his party but did not do well outside the pocket boroughs of Gwalior and Guna. He returned to the Congress after Narasimha Rao was ejected from the party leadership by the machinations of Sonia Gandhi.

Since then, his career had gone nowhere. He knew that Sonia would never make him the Prime Ministerial candidate for she needed a puppet like Manmohan Singh. He had also been continuously elected to the Lok Sabha, which means he had his political base. Sonia wouldn’t have that. That was also Pilot’s problem. In short, Scindia was at the mercy of Sonia. His career was at a dead end. He insinuated as much to this writer.

Scindia’s point was this. He had tried and failed with his party. He didn’t have the energy to start all over again. He was resigned. He should have taken heart from Mamata Banerjee, who had left the Congress about the same time as he had and was putting up stalwart opposition to the CPI-M in West Bengal. It would take her a few more years to gain power, but there was no doubt about her determination.

But Mamata’s example was not replicated in the Congress. Neither Scindia nor anyone else showed her dare. Of all the regional leaders, Mamata probably scorns Sonia the most, perhaps even more than J. Jayalalithaa. She has absolutely no utility for the Nehru-Gandhis. Scindia could not make this complete break.

His anger in 1996, when he formed his political party, was directed against Narasimha Rao. He didn’t pause to think that Rao’s resolve to destroy the Congress was more out of loathing for Sonia Gandhi, who had let her minions after him, including Arjun Singh. On the other hand, Mamata had a fundamental disregard for the Nehru-Gandhi dynasty. She believed she would never get Bengal till she remained in the Congress. She followed her conviction and won.

All this potted history has a purpose. The Congress as a meaningful opposition party is finished under the Nehru-Gandhis. Bright politicians like Sachin Pilot, Milind Deora and Jyotiraditya Scindia cannot come into their own as long as Sonia Gandhi is ambitious for meritless Rahul. Of these young people mentioned, this writer has met none. Having interacted with their self-made fathers, it is difficult to continue on the same terms down the line. They are also of another generation.

But of all of them, this writer has heard fair mention made of Sachin Pilot. C. P. N. Singh was one of the few good men in the Congress. He died in tragic circumstances. His son who was a minister in the previous government admitted that Sachin Pilot was a cut above the rest. This fact has been stated in other quarters as well.

Under Sachin Pilot’s leadership, the youngsters should break away from the Sonia-Rahul Congress and start the process of establishing a credible opposition party. The Nehru-Gandhis have prospered on the bickering of Congress leaders. Sachin Pilot’s leadership, therefore, will not be readily accepted by others of his generation, however capable he is.

In which case, Pilot, Scindia and Milind Deora could opt for a collective and rotating leadership. They could bring others into this. The Bharatiya Janata Party is founded on this principle, and so are the Left parties. The lesser but equally worthy option is for Pilot and the others to start regional outfits and persevere to replicate Mamata’s success. It is a hard road to take, but Mamata Banerjee will be happy to show the ropes. They owe it at least to the truncated careers of their fathers.