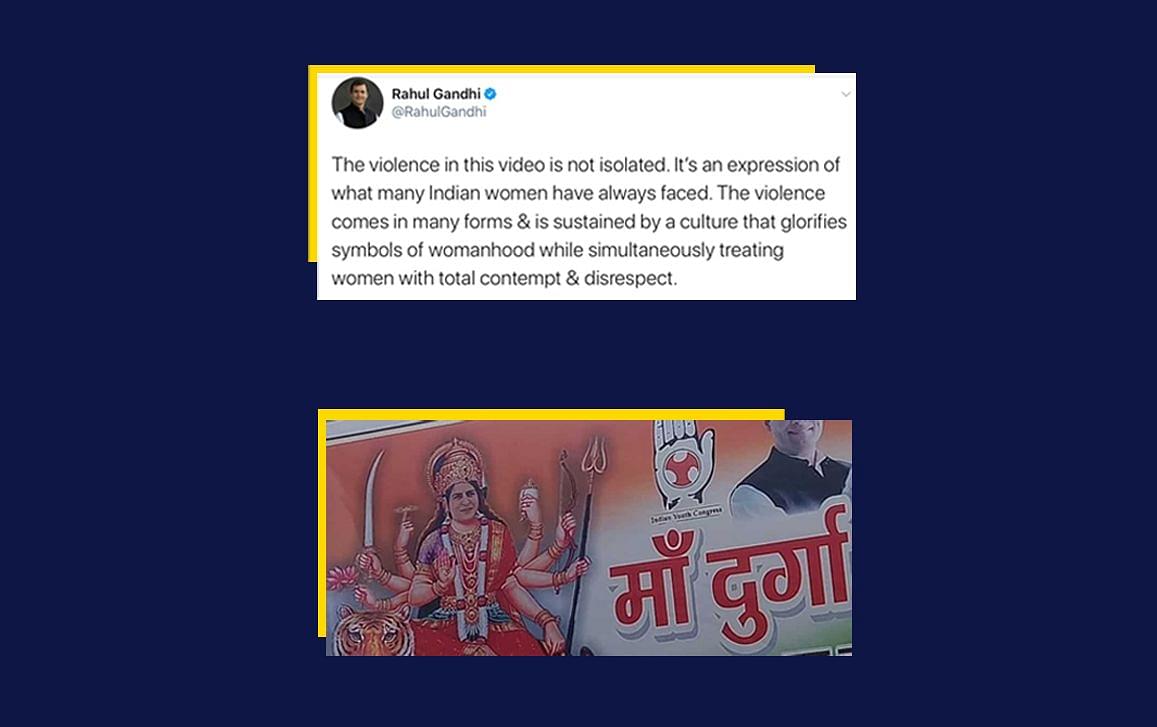 There is a popular line of argument in India to explain the motivations of crimes against women — blame ‘Indian culture’ on it.

It is endlessly cited in news debates for analysing issues like the recent Bois Locker Room controversy and is a recurring theme in the Leftist-feminist discourse.

Those who make this argument are known to keep it vague; they don’t necessarily define what exactly is the ‘Indian culture’ that they are blaming the crimes on, possibly to avoid a direct backlash.

In a recent piece for Swarajya, author Yaajnaseni analysed this argument to ask pointed questions on what exactly this ‘Indian culture’, that is supposedly responsible for Bois Locker Room row, is:

“Is it the Bollywood culture where women are represented mostly as sex-objects?

Is it a remnant of the ‘rape culture’ that followed Muslim invasions with mass rapes and enslavement of Hindu women?

Is it the culture that couldn’t stand expressions of female sexuality in temple sculptures and destroyed it?

Is it the British Raj’s Victorian morality that called Indians ‘weak’, ‘effeminate’, ‘slavish’ for their respect and expressions of the feminine?

Is it a masculinist reaction to all of this?”

Proponents of the ‘Indian-culture-behind-sexual-crimes’ theory have long avoided confronting these very real possibilities, so much so that a mere mention of these questions is met with verbal attacks branding one regressive and Islamophobic.

So, it came as a relief when Congress vice-president Rahul Gandhi chose to be more explicit and honest in his tweet on an incident of violence on a woman in rural Gujarat on 30 May.

Gandhi shared a disturbing video of a group of men brutally thrashing a woman, with this text: “The violence in this video is not isolated. It’s an expression of what many Indian women have always faced. The violence comes in many forms and is sustained by a culture that glorifies symbols of womanhood while simultaneously treating women with total contempt & disrespect.”

The violence in this video is not isolated. Itâs an expression of what many Indian women have always faced. The violence comes in many forms & is sustained by a culture that glorifies symbols of womanhood while simultaneously treating women with total contempt & disrespect. pic.twitter.com/5KXrJvGPDj

Gandhi was, of course, referring to the Hindu culture and people easily understood it. Some congratulated him for being blunt, others suggested he uses the word ‘Hindu’ clearly the next time.

The clarity in this statement, however, does not absolve Gandhi of the doublespeak in his political discourse.

Here are five questions to the Congress leader on this public statement vis-à-vis his actual public conduct:

One such poster put up in Lucknow last year read (translated form Hindi): Sister Priyanka Gandhi is the form of Mother Durga”.

Another such poster in Prayagraj said (translated from Hindi), “The Durga of Congress will destroy the enemies”.

Earlier, Congress president Sonia Gandhi had a police case filed against her for being depicted as goddess Durga in Congress’ posters during the 2007 Uttar Pradesh assembly elections.

If Rahul Gandhi gives a call on Twitter against sustaining such a culture, why does he let the same culture flourish in his own party?

We never heard of him sacking those workers of the party who promoted such a culture or, for that matter, even issue a public statement condemning it.

A spate of crimes perpetrated by non-Hindu men have emerged in recent weeks.

An eight-year-old girl in UP’s Pratapgarh district was shot and killed by three Muslim men over a trivial matter, a 16-year-old Dalit girl from Telangana was raped by a Muslim worker of AIMIM political party, a 10-year-old mentally unstable girl from Rajasthan was gangraped and killed by her Muslim brother and his three friends, among many such cases.

As Rahul Gandhi has chosen to not tweet about them or condemn them in other ways in public, should it be assumed that he supports those crimes against women that are not part of a culture that ‘glorifies symbols of womanhood’?

This assumption is only further cemented by the fact that Rahul Gandhi’s father and former Indian prime minister Rajiv Gandhi went out of his way to deny a Muslim woman named Shah Bano her right to basic maintenance for the fear of going against the ‘Islamic culture’.

The video that Rahul Gandhi has tweeted with his sly dig at Hindu culture is of an incident that took place in Rangpur village of Chhota Udepur district in Gujarat last week.

The girl being beaten up is a minor; the attackers include her father and other family members.

As per the police, the family belongs to a tribal community and thrashed the girl for eloping with a man from the village.

The ‘culture’ that Rahul Gandhi is blaming for the crime, thus, has to be the same culture that the tribal family is seeped in.

The assumption that follows is that Gandhi is maligning tribal culture as a whole for crime of a family.

This reeks of bigotry and racism.

There are numerous such cases where Gandhi, for reasons of appeasing a votebank or whatever, failed to condemn the motivation behind alleged crimes, instead doing token condemnation through the ‘breakdown of law and order’ trope.

What stopped Rahul Gandhi from blaming the culture of gau raksha on alleged mob lynching of Pehlu Khan in Rajasthan’s Alwar in 2017?

At that time, Gandhi had simply blamed ‘breakdown on law and order’ on the crime.

On the other hand, in the Gujarat tribal case that Gandhi has tweeted on, he seems to be singing a completely different tune.

A last but the most important question: Why is Rahul Gandhi still a part of the same Hindu culture if he thinks it the same culture that sustains violence against women?

After all, Gandhi is not just a Hindu but a janeu-dhari Hindu, as per his own party spokesperson Randeep Surjewala.

Gandhi has publicly called himself a ‘Shiva devotee’ and member of Kashmiri Hindu community of Dattatreya gotra, and has been seen hopping Hindu temples.

Are we then to assume that Gandhi approves of violence on women, given his continued association with the same culture that ‘glorifies symbols of womanhood’?