For 2018 Summer And Beyond, Positive Narratives Must Dominate Discourse In Jammu And Kashmir 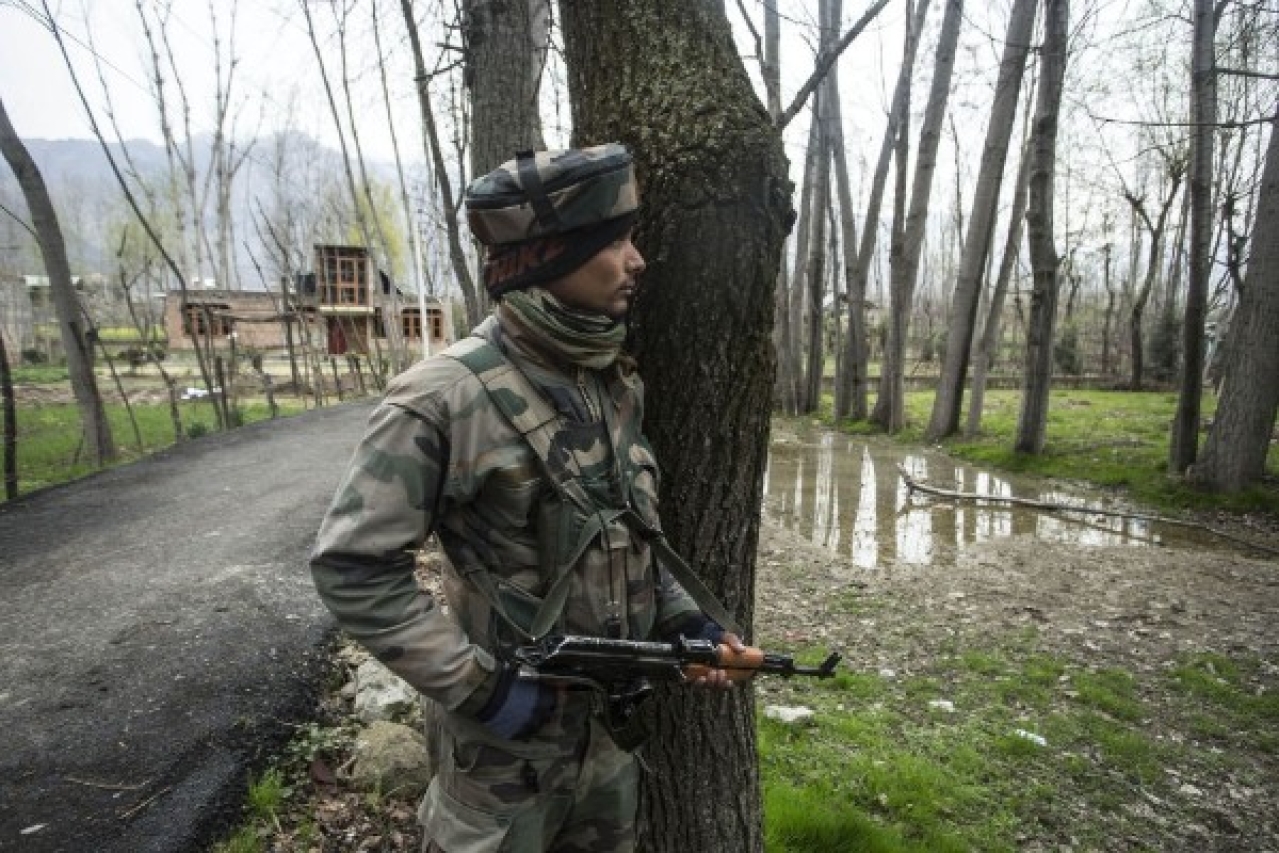 A positive narrative must be the way forward in Jammu and Kashmir. (Waseem Andrabi/Hindustan Times via Getty Images)

Everyone talks about it, but few are willing to start what will inevitably have to be initiated if India has to achieve success in its mission to mainstream the people of Jammu and Kashmir (J&K), especially the indignant people of the Kashmir Valley floor. The floor of the Valley comprises either segments or the whole of all 10 districts and is far more populous than the peripheral higher reaches which have been less afflicted by terror except for forming a part of the infiltration and exfiltration routes. The loyalty and resilience of the Paharis and a majority of the Gujjars through this testing period has been remarkable. That is why it is the Valley floor which, apart from the conduct of counter-terror operations, cannot be left adrift in other spheres; otherwise, some situations will keep returning to haunt us.

Some context setting may prove helpful. Military officials mostly do this to get to the root of the issue and then focus on the fundamentals. Let us, for a moment, imagine that the Valley region is effectively gridlocked and not an alien soul can enter from any direction, nor can, also, any war-making material. Armed violence is wiped out, but Kashmir remains turbulent even without terrorist presence. The highly alienated elements, whether in the majority or not is always debatable, has no connect even with the two other sub-regions: Jammu and Ladakh. It's not the physical connect that we refer to here but the connect of minds and hearts.

A third generation of progressively more alienated people is emerging. This is evident from the reports of participation in voluntary stone-throwing by young school-going girls and boys in their uniforms. This generation does not have the propensity to listen to anyone – not to the politician, nor to the local officials, teachers, or parents. There are no positive role models; the only role models are the “martyrs”, many of them their friends and colleagues from nearby villages.

The local mosque, which, under such circumstances, should be providing institutional solace, mental stability, and counseling, acts instead as the instigator, providing the feed for irrational interpretation of scriptures and justifying acts of violence against those of other faiths and those within Islam who do not adhere to their perception and interpretation of it. The government establishment is not afraid; it’s just hesitant to do anything in the absence of clarity about what needs to be done. Hypothetically, there may be no terrorists around, but you do not need terrorists to do the bidding of those who manage proxy conflicts; that belief is old wine. You just need some 'non-violence' and that term can be defined in a variety of ways, while including stone-throwing within the scope.

From a perception angle, the comparison of the rifle against the stone provides that understanding, something not easy for many observers to comprehend. The frequent indulgence in stone-throwing suddenly moves beyond the paid phenomenon which was the practice for long. The National Investigation Agency’s excellent work put an end to stone-throwing but only temporarily. None can perhaps deny that the current stone-throwing being witnessed also has it’s novelty – it’s no longer mercenary in nature. Money hasn’t played a role in it this time, only passion and alienation are responsible.

We have to factor in Jammu too. Without being empathetic towards Jammu, the goodwill of the people there is likely wearing thin. The Jammu people are patient, but one can’t take them for granted. This was amply proved during the counter-agitation of 2008. The problem is that of historical baggage, perceptions of the state government favouring one region over the other, and very simply just a lack of effort towards a meeting of minds. It’s learnt that the hypothetical scenario may be very close to the truth, with a potential agitation building up in Jammu too.

Given such a scenario, with agitation in parts north and south of Pir Panjal and a complete lack of fear on the streets of Kashmir, for any deterrent law and order machinery, what would be the political and military response?

It’s 2008 but in a worsened state, and it is a situation very close to what Pakistan may have imagined it could achieve. In 2011, arguing the Armed Forces Special Powers Act (AFSPA) case in the Unified Command, we painted a near-similar picture for 2016 if the law was lifted from J&K. The situation after the Burhan Wani killing on 8 July 2016 was something along the lines of what we predicted in 2011 with different triggers. Pakistan’s intent is to simply bring to boil the situation in J&K every couple of years; it gives natural traction to the movement with the minimum energy needed by the proxy conflict managers.

These are not unrealistic possibilities. When it becomes difficult to understand how to deal with a new generation with little effort for bringing it back to the rails, we let loose a sequence of action and reaction. The youth of Kashmir are not blameless. Some have opened themselves to ideologically aligning themselves with those that the world is now largely at conflict with. Yet there are many who are not similarly affected and are emerging bolder in their opinion against their brethren, even on social media. It’s such scenarios that good military minds must war-game at different headquarters and examine our response, as also of the proxy conflict managers.

A conclave of police, intelligence, and a few army officers was held under the aegis of the Ministry of Home Affairs some months ago. The Home Minister sat through two days, absorbing much that had to be said. This is exactly the recipe for such situations, and many more of these conclaves must be held. For the managers and those who wish to accomplish azadi as a halfway measure to ultimate integration with Pakistan, there can be no better tool to drive alienation, create turbulence on the streets, and attempt to unnerve us than the rank usage of extremist religious interpretation to motivate the youth.

Ever since the nineties, Pakistan’s strategy has been to promote viciously devious and obscurantist interpretations of Islam by wide-scale use of foreign funding and discreet change of the local clergy. There was never a shortfall of money in the heyday of petrodollars and it suited the ideological orientation of other countries too. This change, it was then assumed, would help Kashmir break its links with secular India and look towards what could be perceived by Pakistan as its natural moorings.

With the defeat of Islamic State in the Middle East and a worldwide effort to prevent its regeneration in the networked or physical state, there are also serious efforts towards diluting the obscurantism which has overtaken the Islamic world. None are more noticeable than those in Saudi Arabia, where Prince Mohammad bin Salman is attempting new narratives to prepare his country for a period 15 years ahead. King Abdullah of Jordan is reviving the iconic Amman Message, the formulation of an agreed communication to the Islamic world by 200 Islamic clerics from all sects. This alludes to condemning extremism, the use of violence and incorrect Quranic interpretations on declaring followers as “takfiri” or apostates if they did not follow a particular strain of Islam. In fact, King Abdullah’s message received impetus with his recent welcome to India and meeting with a large segment of Indian clerics in the presence of Prime Minister Narendra Modi.

With the malicious interpretation of Quranic messages to suit their operational and ideological intent, the proxy conflict managers have thus far dictated the social and ideological narratives in J&K. We haven’t done enough to bring the rest of the Islamic world’s increasing efforts to adopt an inclusive Islam to light in India, and in Kashmir in particular. Recordings of the Vigyan Bhavan ceremony are positive, where King Abdullah and well-known members of the Indian Muslim clergy struck the right chord. India has enough of its moderate narratives espoused by well-known clerics. Those who attended the Vigyan Bhavan event must be requested to lend their voices for the sake of stronger integrity of the nation. They must speak to the Kashmiri youth and their messages must become the dominant ones in the state.

To her credit, Chief Minister Mehbooba Mufti recently made two outstanding gestures. First, meeting with Kashmiri Pandits and urging them to at least visit the Valley, their home. This must be followed by organised visits by Pandits to Kashmir and programmes for the meeting of minds at different towns in the Valley. The second, relatively unknown action is the frequent meetings with the Save Sharda Committee. It is hoped that she will take this issue to the Prime Minister and evolve a potential proposal for even a symbolic yatra by a few Kashmiri Hindus to the Nilam Valley in Pakistan-occupied Kashmir, where the Sharda shrine exists. These are all gestures that count and send the right messages. Not for anything else have we been repeatedly requesting the political community of J&K to look at the possibility of constant engagement between segments of people from different vocations across the Pir Panjal. The ‘dialogue of minds’ must be between women, teachers, lawyers, students, businessmen, and professionals for a better understanding to emerge and for a mutual appreciation of societal challenges.

As we enter the summer of 2018, the dominant narratives must be taken from the recommendations discussed here and perhaps many more, which will emerge if we are to defeat the obscurantist ideology which characterises the youth who are volunteering to take to the gun as an alternative to dialogue.

Get Swarajya in your inbox everyday. Subscribe here.
Tags:
37 Shares