For The Sake Of Our Schools 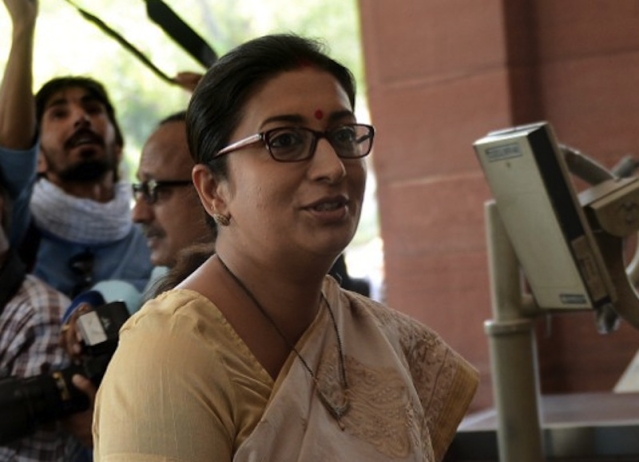 How must the MHRD respond to the problems ailing our public school system? A proposal.

The NDA government has completed one year in power, and there has been a great scrutiny of its performance. The comments on the Ministry of Human Resource Development’s work in school education, within this discourse, can be divided into three categories: unrealistic expectations stemming from the belief that the Union government is fully responsible for school education in the country; a sense of disappointment that nothing has been happening; and, a feeling that many initiatives are being taken by the government, which may take time to show results.

To understand the truth, we need to critically examine and understand the nature of the current problems of public school system, the scope of the Union government’s responsibilities, and then come up with a set of expectations from the ministry regarding the same.

The available evidence tells us that the main bottleneck in the Indian public school education is the governance capacity. Many interventions, which were successful when administered by NGOs, failed when implemented in public schools. Lack of teachers and teacher absenteeism are only the visible forms of weak governance capacity, but the problem is deeper and complex. How do we ensure that a teacher not only attends school, but also teaches well?

In cases where the problem is best dealt locally, the general guiding principles of operation for a central organisation should be to handle those issues that are common to multiple entities  and require a central authority to coordinate, and intervene in areas that can’t be pursued by local entities due to lack of economies of scale.

Under these guiding principles, the role of MHRD becomes evident.

Some action points have been listed below, and not in any particular order.

One, devolution and resist the scheme based approach. Reforming education systems is a long-term process. The experience around the world shows that it takes a few decades for the complete transition to take place. Seen in this context, significant results aren’t visible in the five-year time frame that the governments are judged upon. With multiple stakeholders in the system, it is difficult to attribute the success clearly to one particular entity.

The resulting political constraints from this situation often necessitate rolling out schemes to make it seem like the government is working. The union ministry should resist any such temptation.

The first problem with this approach is that it adds to the existing confusion on the roles and responsibilities, often adding parallel structures. Clearing the air on the responsibilities regarding the aspects of school education is in the best interests of both the education system, and the ministry.

The second problem is that, a centrally sponsored scheme adds an additional layer of complexity to the existing structures, and one-size-fits-all policies end up being ineffective in many cases in a nation like ours. Thus, it is best to devolve and leave most decisions to the state. The current consensus on cooperative federalism provides a conducive atmosphere to carry out such reform.

Three, set high standards for education. ASER findings show that learning outcomes are poor in rural areas. Similarly, when compared internationally, the top elite private schools of India don’t perform well. An assessment of 30,000 students conducted in 142 top elite private schools of India across five metros shows that their performance is lower than the international average. These schools don’t suffer from the oft-mentioned problems of public schools, but could still only score below the international average.

One of the reasons for such poor performance is the system’s low expectations from students. When students are tested based on papers that emphasise rote learning in the exams that matter, there is a little external incentive for most of the schools to teach differently. Hence, the union government should reform the 10th standard CBSE board exam, and bring it up to the standards of best quality international end-of-school assessments. The transition has to be gradual though, building the necessary capacity alongside. This takes time, but the ministry can at least start a dialogue regarding this. The state governments can then be encouraged to follow the same.

Countries like Poland took the PISA results in a positive spirit and are striving to improve, while India opted out of PISA, serving no good. Participating in such assessments gives us a clear benchmark of where we are, where to reach, and how we are progressing over time.

Four, amend the RTE Act. Some provisions of the RTE Act are creating distortions in the private and public school systems. This needs immediate attention of the Union government. The consultation document prepared by Centre for Civil Society, Delhi, regarding the required amendments can be the starting point. The two guiding principles for revising should be that both private and public schools should be subjected to the same set of rules and regulations, and leave the decision to states and local bodies wherever possible.

5. Get the administration on track

Six, ensure public access to quality data. Young Lives study conducted by the University of Oxford recently pointed to a decrease in learning outcomes of children. Similar trends were also pointed out by ASER. There is currently little raw, longitudinal data on the learning outcomes of children in India, available to public, to explore the root causes of such serious issues. Some states get third party learning assessments done, but the data is either not public or is scattered across. The Union government should take an initiative to coordinate and collate quality data on learning outcomes from across the states, and make it available to the public. This enables policy makers to make an informed choice.

School education, like any complex issue, has several aspects that need to be addressed, ranging from the meaning of education in today’s society, regulation of school markets, to the on-time availability of textbooks to students. We will achieve the end result in the long term, only if we work on all of these.

Thus, the above-proposed reforms are by no means the panacea, nor do they cover the entire spectrum of reforms needed in education, but these certainly are the major aspects under the scope of the Union HRD ministry, that are to be addressed at this point of time. Of these, some of them might already be in place and the work on some might be in the pipeline, but these are the broad expectations from the ministry.

It is these things that the HRD ministry should be judged upon and be made accountable for, not for everything regarding school education. The nation has been waiting for the transformational change in education since long. One sincerely hopes that the MHRD takes cognizance of this and leads by example, showing the way to the states.