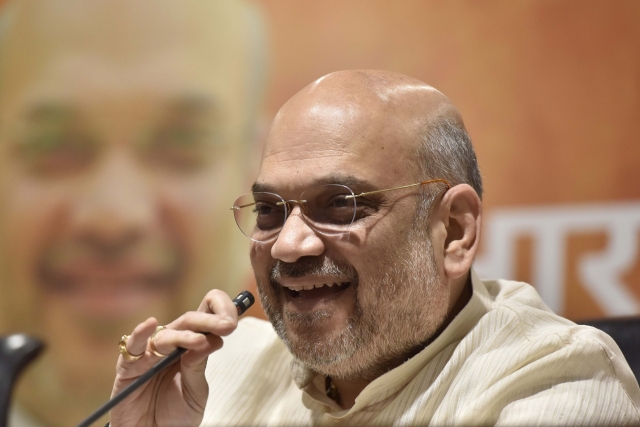 The Lok Sabha passed Foreign Contribution (Regulation) Amendment Bill, 2020 yesterday (21 September) which was introduced by Union Home Minister Amit Shah the day before. The bill makes significant changes to the FCR Act of 2010 which was enacted by previous Congress-led government to regulate the acceptance and utilisation of foreign contribution by individuals, associations or companies.

Since the law was passed a decade ago, allegations against the act have piled up. Those on the Hindu side have accused the act of paving a legal way for facilitating intervention of foreign forces to meddle in Indian affairs by funding activism and activities on the country’s soil which are harmful to national interest.

So, it has been a long pending demand to not just amend the act but to altogether ban all foreign funding of Indian non-governmental organisations (NGOs). This was one of the nine demands presented in the form of 'Hindu Charter' by a civil society group demanding ‘Equal Rights for Hindus’ in 2018.

It is in this regard that one should see the FCRA amendment bill introduced by the Home Minister. Will the changes proposed by the government address concerns raised by discerning citizens and Hindu activists regarding foreign funding of NGOs? An analysis is in order.

This is important because big foreign funders send vast amounts of money to select few NGOs, who in turn disburse the amount to other actors in different states. An analysis of fund transfers between 2006-11 by By2Kaafi (a Twitter pseudonym) on his blog shows that 10-15 per cent of total FCRA inflow in any given year is transferred to organisations in different parts of the country.

“What is the nature of Organizations which send out funds? They play the role of a local leader (“Control” Organizations) they receive money from abroad and disburse it within India to other Organizations,” he writes.

Basically, in southern states, where NGOs attract maximum funding from missionary organisations abroad (check FCRA inflows to southern states here), send out money to states in the north, likely after assessing the potential of harvesting souls. So, one should not be surprised if these entities raise heckles for they will be impacted most and lose their influence.

Second biggest change is in the way NGOs receiving foreign funds ought to spend their money. Earlier, they were allowed to use up to 50 per cent of the foreign contribution for meeting administrative expenses. Now, the bill has reduced the limit to 20 per cent.

So, one should not be surprised if some big players in NGO circuit crying hoarse for their perks will now be severely limited.

One would think that these NGOs will be spending majority of their money on doing 'welfare' work or on ground activities, but that is not the case. Most of the money goes in buying influence — attracting top activists in India, paying their salaries, funding their indirect lobbying efforts and even financing legal activism, which many Hindu activists say, is aimed at harming national interest apart from interests of the Hindu community.

An analysis by By2Kaafi shows how NGOs receiving foreign funding have proactively filed public interest litigations (PILs) in courts against Himachal Pradesh’s ‘anti-conversion law’, for banning traditional sports like jallikattu and kambala, for disallowing temples to keep elephants, against World Cultural Festival organised by Sri Sri Ravishankar’s Art of Living Foundation near Yamuna, for Right to Education Act which exempts Christian schools from its ambit, etc. The list of causes is not exhaustive.

There is hope that with limiting the threshold to 20 per cent, it will severely impact the noxious activism potential of those NGOs who work chiefly to create trouble in the country and the society using India’s legal system.

Third biggest change is in the oversight. The bill now mandates that all foreign contributions must be received only in an 'FCRA account' in the State Bank of India branch in New Delhi (to be notified later). They may transfer to other accounts but as far as receiving it from abroad is concerned, that will be possible only via one branch in the national capital. Not only that, organisations will have to provide details of Aadhaar Card of all their office bearers, directors or key functionaries to the government.

This will greatly improve the ease of oversight for the government to track the total funds received by the NGOs and the manner in which they were spent. Moreover, Aadhaar will add further accountability of all the actors involved in the FCRA industry.

Fourth, the bill now bars public servants (any person who is in service, pay of the government or remunerated by the government) from receiving FCRA funds. Earlier, the act only covered election candidates, editor or publisher of a newspaper, judges, government servants, members of any legislature, and political parties. This is a good step because there was a grave concern of foreign funding influencing people working in the government to do the bidding of alien organisations.

All these steps will go a long way in checking the influence of foreign money in national matters. There is still room for improvement.

First, the bill should have covered not just public servants but also their relatives and family members. There should have been no room left for those on the government payroll to be influenced by FCRA funds. In fact, it would have been better if there was a clause which prohibited public servants from joining any FCRA NGO for at least five years after their retirement.

Second, limiting administrative expenses to 20 per cent will restrict spending money by NGOs on legal activism but a better way could have been to altogether ban those receiving FCRA contributions from participating in local legal cases especially from filing PILs in courts.

That’s more than 80 per cent of foreign money not being used by these NGOs. What do they do with it? They invest, earn interest and accumulate more and more money swelling their coffers. One wonders what contingency these NGOs are preparing for. The government should have closed this loophole.

Nonetheless, Amit Shah deserves kudos for tightening the controls around foreign funding of NGOs. His new bill will increase transparency, limit misuse and hopefully help cut down funding of toxic activism in the garb of charity work.