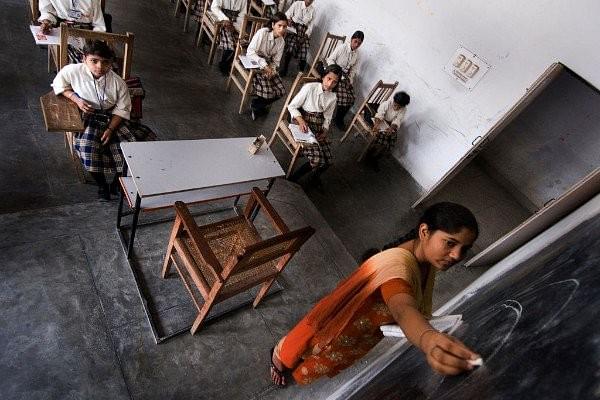 Soon after coming to power in 2004, the Congress-led United Progressive Alliance (UPA) government at the Centre embarked on a mission to address earnestly the concerns of one of its most committed vote banks – Muslims.

The first casualty of the UPA’s pursuit of minority appeasement was the repeal of POTA – Prevention of Terrorism Act – which was enacted after the attack on Indian Parliament. Many today may not appreciate the import of this move, but at that time terror attacks were a reality for India’s major cities and towns. The repeal was a political signal of huge proportions.

The policy signalling followed soon. In November 2004, through an ordinance, the UPA government established the National Commission For Minority Education Institutions (NCMEI), a statutory body that would provide minority certificates to education institutions – a privilege available solely to the state governments until then.

In March 2005, then-prime minister Manmohan Singh appointed a committee headed by Rajinder Sachar to study the social, economic, and educational status of Muslims. The panel submitted its report with recommendations in November 2006. But before the submission of the report, Singh in January 2006 carved out a special Minority Affairs Ministry (MoMA) from Social Justice Ministry. In June, he recast the Prime Minister’s 15-point programme for welfare of minorities that was first launched by Indira Gandhi in 1983. At the centre of both the national programme and the Sachar panel recommendations were special schemes designed for minorities in the areas of education and skill development.

In February 2014, presenting its report card on the implementation of the Sachar committee recommendations, the UPA government said as much. The status report explained how the government had accepted 72 of the 76 recommendations and took 43 decisions. Education and skill development initiatives topped the list. In the education sector, scholarships for minorities feature prominently. These are one of the most successful initiatives run by MoMA, and corner the maximum monies. The states are the implementing agencies for these schemes, but the Centre bears 75 per cent of the financial burden.

While most of the states readily agreed to implement such obviously sectarian schemes of the UPA government in the name of minority empowerment, the Gujarat government led by the then chief minister Narendra Modi refused to entertain the pre-matric scholarship scheme, citing it as unconstitutional since it was awarded on the basis of religion. The state government moved the Gujarat High Court, which ruled that the scheme was constitutional.

The Gujarat government then took the matter to the Supreme Court, where it argued that “if benefits are extended on the basis of religion, there shall be further alienation of these religious minorities” and that the state “government was against a scheme that had religion as its entry point”.

In an affidavit filed in the apex court, the Gujarat government reasoned:

The principled stand taken by the then Narendra Modi state government was admirable. It lost in the Supreme Court, but won many hearts. Not only this, despite repeated exhortations by the Centre, Gujarat didn’t establish a state minority affairs ministry. It doesn’t have a state-level minority commission either.

The message was clear – UPA’s sectarianism shrouded in the slogan of “minority empowerment” wasn’t palatable to Modi.

Just before results of the general election came out, a sense of fear and foreboding was prevailing in the minority affairs ministry. The officials not only thought the future of scholarship schemes was in jeopardy, they were apprehensive about the future of the ministry itself.

“It’s a precarious situation for us. We are in doubt about the existence of the ministry, considering the arguments of the Gujarat government in the high court that the Sachar panel itself was ‘unconstitutional and arbitrary’,” said a ministry official quoted by the Telegraph.

“Let’s see whether we have to pack our bags,” he had said.

It wasn’t just ministry officials who thought Modi would shut down MoMA. Many supporters thought so too. Four years later, such expectations have been belied.

The sectarian schemes that used to be considered “minority appeasement” are now branded as “sabka saath, sabka vikas”. How have those schemes fared under four years of Modi? Here is a detailed analysis of budget allocations to these schemes since 2009-10.

1) Pre-matric scholarship, the most successful of all such schemes, is given to students from six national minorities studying in classes 1 to 10 with annual family income less than Rs 1 lakh. It witnessed a tremendous increase in its budget in five years of the UPA when it rose from a paltry Rs 202 crore in 2009-10 to Rs 962 crore in 2013-14. In the last four years of the National Democratic Alliance (NDA), this has stabilised below Rs 1,000 crore. However, this is still a thousand-crore extra for a scheme which should have no place in a country that claims to be secular. But anything goes in the name of positive secularism and helping the weaker sections of society.

The fact is that Modi as chief minister opposing this scheme tooth and nail gave hope that he would discard it once he became prime minister and make it religion-neutral. However, this hasn’t happened.

The number of beneficiaries had shot up under the UPA regime from 17 lakh in 2009-10 to 77 lakh in 2013-14. However, in the last four years, the number has fallen to 44 lakh. This means that while the budget remains more or less the same, the amount per student has risen.

2) Post-matric scholarship scheme is given to minority students studying in class 11 and above, including in bachelor’s degree courses such as BSc, BCom, and BTech. The annual income criteria for availing the scholarship is set at Rs 2 lakh.

3) Merit-Cum-Means scholarship is for minority students who are enrolled in technical and professional courses at graduation and post-graduation levels and the income of whose families don’t exceed Rs 2.5 lakh per annum.

4) Under free coaching and allied scheme, the government gives scholarships to select coaching institutes that are preparing minority students for competitive examinations. The scheme is aimed at helping minorities increase their share in government and private jobs. Those with family income less than Rs 6 lakh per annum are eligible for it.

5) Maulana Azad National Fellowship is a five-year integrated fellowship awarded to minority students “pursuing research studies leading to regular and full time M.Phil and Ph.D courses only and equivalent research degree in universities, research institutions and scientific institutions within India”. Students whose family income is less than Rs 6 lakh qualify for the fellowship.

6) Maulana Azad Education Foundation receives a corpus fund from MoMA on which it earns interest, which in turn funds its activities. The foundation gives grants-in-aid to non-governmental organisations for construction and expansion of schools, hostels, and technical and vocational training centres meant for minorities. It also awards scholarships to meritorious girl students from minority communities.

8) Under Nai Udaan, minority students from six notified communities are provided financial support after clearing the preliminary examinations conducted by the Union Public Service Commission (UPSC), State Public Service Commissions (SPSCs) for Group A and B (Gazetted Post), and Staff Selection Commission (Combined Graduate Level) for Group ‘B’ (Non Gazetted posts). The underlying objective is to increase the share of the minority in bureaucracy. Those students with a family income less than Rs 6 lakh per annum qualify for this scheme.

9) Seekho aur Kamao is a skill development programme for minorities. MoMA implements this scheme through various agencies at the state and local levels. It has two main components – imparting skill for modern trade and in traditional trades, arts, and crafts. The objective is to bring down unemployment rates among minorities and “to generate means of better livelihood for marginalized minorities”.

10) Under Nai Manzil, MoMA in partnership with World Bank provides education bridge programmes to school dropout minority youth from families below the poverty line. It helps them obtain open schooling certification of class 8 or 10 and also impart high-quality skill training, including soft skills to enhance their employment capabilities.

11) USTTAD has many components, from upgrading of skills and training in traditional arts and crafts through various institutions, to offering apprenticeship stipend for research and development, to providing support to minority artisans in marketing their products through the Hunar Haat exhibitions. It’s a 100 per cent centrally funded scheme and provides assistance of Rs 10,000 per month to each trainee and is routed through various organisations that launch such initiatives to train minorities.

These are the main schemes in education, skill training, and employment generation that are currently being run by MoMA.

Not only has the Modi government continued these UPA-era schemes, but it has also launched its own initiatives such as Padho Pardesh, Nai Manzil, and USTTAD. As noted in the beginning, this sectarianism flows chiefly from the Prime Minister’s 15-point programme and Sachar committee recommendations.

A year after Sachar committee had submitted its report and the UPA government had announced its intention to implement its recommendations, the then-Bharatiya Janata Party Rajya Sabha member of Parliament Arun Shourie had remarked that “nobody would be able to stop Gujarat Chief Minister Narendra Modi from coming to power at Delhi once the Sachar Committee’s report was implemented”. He was right.

The UPA government implemented the Sachar committee report. But although Modi came to power in Delhi, sectarian schemes continue unabated.

One is not sure what Shourie thinks of MoMA schemes today. He has also had a fall-out with Modi. But the latter would do well to heed what Shourie said more than a decade ago: “Never give to one religion which you cannot give to all religions.”