Gandhis for UP: What Does It Mean? 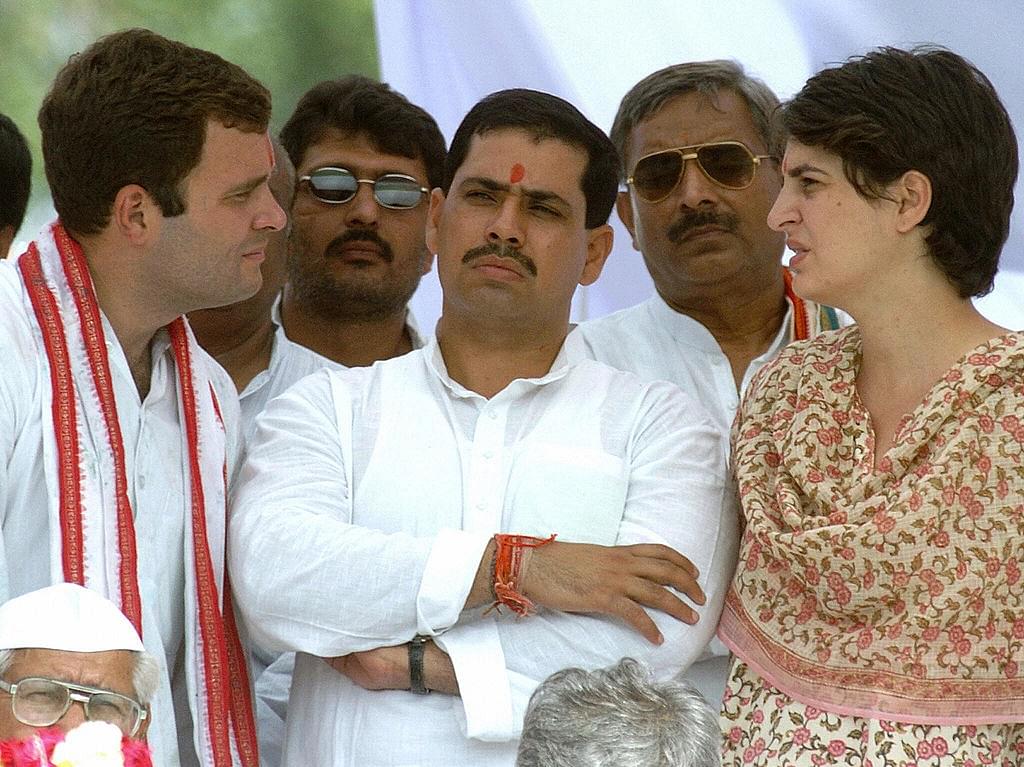 There is buzz again. Congress election strategist Prashant Kishore is pushing for either Rahul or Priyanka Gandhi to lead the party in the 2017 elections to the Uttar Pradesh Assembly and assume the mantle of the Chief Ministerial candidate.

Now, this proposition may or may not be accepted by the party but the mere fact that it is being discussed and considered cannot be without its own set of implications.

Firstly it shows that, despite the bravado in Parliament and in TV Studios, the Congress is beginning to realize that these are desperate times.

In terms of electoral success in the next two years, the Congress has only Punjab –another Kishore-managed campaign – where it has even a shot at power. In the meantime, the party seems to have realized that it is likely to lose both Kerala and Assam. With Arunachal Pradesh already having slipped away and the situation at Uttarakand looking grim, if the party does not put up a credible stand in UP, it will be staring at a situation where it will be entering the 2019 election season – beginning with the 2017 Gujarat state elections – with its strength and morale at an all-time low.

The Congress and its cadre desperately need a major election victory (or at least an electoral performance eye-catching enough) to arrest the downward slide and a change in the defeatist narrative. And hence, some in the party would reckon, perhaps correctly, that only a remarkable performance in a state as large and prestigious as UP would be able to supply the limping party with a sufficiently big enough boost.

Second, the move also exposes what the Congress party has come to today.

Even in a polity as feudal as India’s and in a party as dynasty-centric as the Congress, having one Nehru-Gandhi or the other be the party’s National President, the presumptive Prime Ministerial candidate and the Chief Ministerial candidate for Uttar Pradesh seems a trifle much in terms of multi-tasking. In the case of Rahul Gandhi, there is even a chance that he could – at some point of time – be all three together. These are scenarios usually reserved for India’s legion of regional formations (with very little realistic chance of national power) – not for a party which is over a century old and has given the nation seven Prime Ministers.

As it stands today, there is very little evidence that the Congress stands much of a chance even if it is headed by a member of the Gandhi family. The social alliances which had kept the Congress in power in UP have deserted it for the SP, BSP and the BJP – three parties which have promised each of the social groups a special place in their respective power structures. In fact, with the BJP – the Congress’s chief national rival – making a sustained play at the Dalit and OBC segments, the task for the Congress becomes even more difficult. In such a scenario, it is doubtful that a Rahul or Priyanka would be able to draw out these social blocks on the mere strength of their family name.

About the change of guard. Priyanka Gandhi is not yet a full time politician. There is little evidence that she will be able to galvanize the electorate beyond the family boroughs. Even more troubling for the Congress would be the haze of corruption allegations which surround her husband, Robert Vadra – something which could prove troublesome for the party among the middle class and in urban centers.

And even in the remote case that Priyanka does manage a dramatic increase in the Congress’ influence, its effect on Rahul Gandhi’s position of pre-eminence within the party power structure and those close to him would be a matter of worrisome conjecture.

In the case of Rahul Gandhi, there are even more difficult questions that present themselves. Going in as the CM candidate for UP would make it a make or break election for him. If he loses, it could end up being one blow too many and if he wins (again unlikely), what then? Does he decide to stay put in UP for five years and unwittingly allow someone else to become the primary challenger to Narendra Modi nationally? And if not, would the electorate of UP vote for someone who they feel doesn’t plan to stick around post-2019?

And where would a Gandhi failure (or victory) leave the party’s campaign for the grand prize – the 2019 General Elections. A high stakes loss in UP would mean a fatal blow to the fast crumbling Nehru-Gandhi aura. A Priyanka win would mean a less credible Rahul at the Center and a Rahul win would mean the party being stuck somewhere between Lucknow and Delhi.

Finally, would the party be ready to risk it all on the advice of Kishore? The election campaigns he either participated in or managed previously had distinct advantages already loaded in his favor. In Bihar, the alliance of Nitish and Lalu created a social combination which was formidable (Nitish’s JDU actually lost seats from its 2010 tally and is the junior partner in the alliance).

In the national campaign, there was the towering persona of Narendra Modi, the election mechanism of the BJP and the army of cadre that the BJP-RSS combine brought to the table. Even with a Gandhi at the helm, the Congress will find it difficult to replicate any of these in UP.

Nevertheless, if the first moves in the high stakes game that is UP politics are anything to go by, interesting days lie ahead.