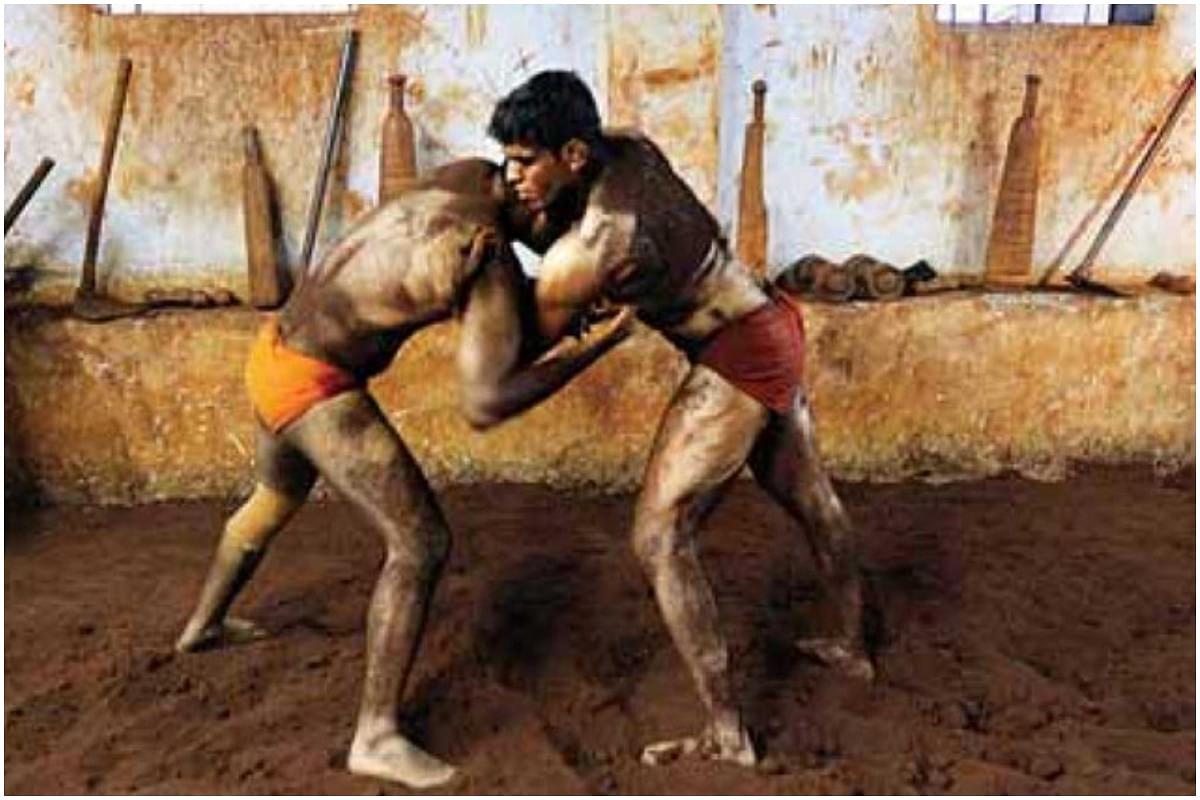 Wrestlers of an akhada in Haryana.

When a young wrestler, Sagar Dhankhar, was brutally lynched last year inside Delhi’s iconic Chhatrasal Stadium by none other than two-time Olympic medalist Sushil Kumar and his aides, Dhankhar’s father said that it was not just his son that has been murdered, but hopes of thousands of parents who wished to send their kids to this medal-producing factory so that they can bring glory to the nation.

Chhatrasal has been a great institution for many years that attracted the best talent, but it was Sushil Kumar’s feat of back-to-back medals in Beijing and London Olympics, a first ever for an Indian, that really gave it wings.

Another wrestler from Chhatrasal, Yogeshwar Dutt‘s bronze in 2012, was a cherry on the top. Under Kumar’s supervision, it actually transformed into a world-class wrestling academy. But events of last year sullied its image no end.

Thankfully, Bajrang Punia and Ravi Dahiya, both of whom trained at Chhatrasal — Dahiya even credited his win to Kumar’s guidance — saved the day and managed to rescue and repair the stadium’s reputation to a good extent.

But the problem is factionalism, turf wars and goon culture which are becoming increasingly prevalent in many akhadas, and unfortunately, risks spoiling their image permanently if things don’t improve soon and fast.

Chhatrasal may be in Delhi, but it attracts the cream of budding talent from neighbouring Haryana. There was no dearth of wrestling arenas in the state, but medals won by Haryanvis in Olympics, Commonwealth Games, Asian or World championships, have given a big fillip to the game. As a result, akhadas have sprung up everywhere.

In some villages, one can find multiple arenas.

These centres are full of strong, well built individuals high on testosterone, and if energies are channelised in the right direction, they can indeed do wonders.

But there is a dark side to it too. Fierce competition, jealousy, easy availability of drugs, frustration of not getting a shot at competitions and failure to get a job or getting married on time — all these factors that come together to make matters worse when these youths are not mentored and managed well — also make them ideal recruitment grounds for criminal gangs that operate in and around the National Capital Region.

Many failed or even budding wrestlers and boxers from these arenas who have gone on to become part of these gangs are now wanted criminals with a bounty on their heads.

Gangs often look for frustrated youth with weak family ties looking for easy fame and money and trap them. Once they are in, they can never go back. They either end up in jail, dead in encounters or in gang wars.

It’s pertinent here to underscore the gang war angle in the Sushil Kumar-Sagar Dhankhar spat in which the latter’s friend Sonu Mahal was also roughed up by the former before Dhankhar was killed.

Mahal is the nephew of Kala Jathedi, one of most dreaded gangsters in North India who was recently nabbed by Delhi Police. So, when Kumar was on the run, he was not hiding from police as much as he was hiding from Jathedi’s men.

It’s said that only after getting protection from rival gangster Neeraj Bawana, also housed in Tihar, that Kumar let himself be caught. Bawana’s henchmen were also reportedly part of the mob that lynched Dhankhar.

This is not the story of Chhatrasal alone. While the usual instances of fighting between wrestlers are not uncommon in akhadas, three major recent incidents in Haryana have really shaken everyone’s faith in these arenas.

The latest is the brutal murder of young wrestler Nisha Dahiya and her brother, both of whom were killed by coach Pawan Kumar who was running the akhada in Sonipat’s Halalpur village.

The coach allegedly has links to gangs and built his academy on panchayat land, didn’t pay the rent and then illegally occupied it. Kumar was reportedly sexually harassing Dahiya and when she opposed his moves, he drilled four bullets in her head, chest and arms.

Then he invited her brother Suraj and killed him as well by pumping three bullets into his body. Their mother was also shot by Kumar, but thankfully, she survived.

One can only imagine what Dahiya's father, a CRPF personnel serving in Shopian who wished to see her bring medals some day for the country, must be going through.

Earlier this year, in February, coach Sukhwinder of Rohtak‘s Jat College Akhada murdered six people in the arena, the owner, his three-year-old son, his wife, two other coaches and a young wrestler who had come all the way from Uttar Pradesh’s Mathura to train with a hope to make her country proud one day.

After complaints of sexual harassment by women wrestlers, the owner has asked him to not come to the academy.

Last year in Jhajjar, a young wrestler was shot dead by members of other akhadas in the same village over a verbal dispute. He was the only child of his parents and was training at his own father’s akhada!

What all these incidents prove is that one is not safe from their own coaches, even if the akhada is run by one’s own family or if it’s even managed by the most successful wrestler of the country.

The problem is so deep rooted and complex that it makes one literally search for solutions. This situation is certainly going to have an impact on parents who propose to send their children to these akhadas.

The women, who had only started getting their due in this field, would be worse affected by this crisis.

One thing, however, is certain. Things will not go on as usual henceforth.

A drastic overhaul in the whole akhada culture is the need of the hour. This is a huge institutional crisis and emphasis can not be just limited to improving physical strength and honing tactics alone.

The owners and managers need to focus on mental and spiritual health of wrestlers as well and ensure that young talent is not wasted.

Sadly, these incidents are starting to have an impact already. As per a ground report in Bhaskar, akhada owners are reporting a decline of 10-20 per cent in new candidates coming to train at their institutes.

Haryana’s rising crime is a big problem. In murders, the state’s rate (murders per lakh of population) is 3.9, the second-highest in the country with only Jharkhand (4.2) ahead of it.

This is bad enough, and an akhada crisis is the last thing the state needs to ruin its reputation in sports.