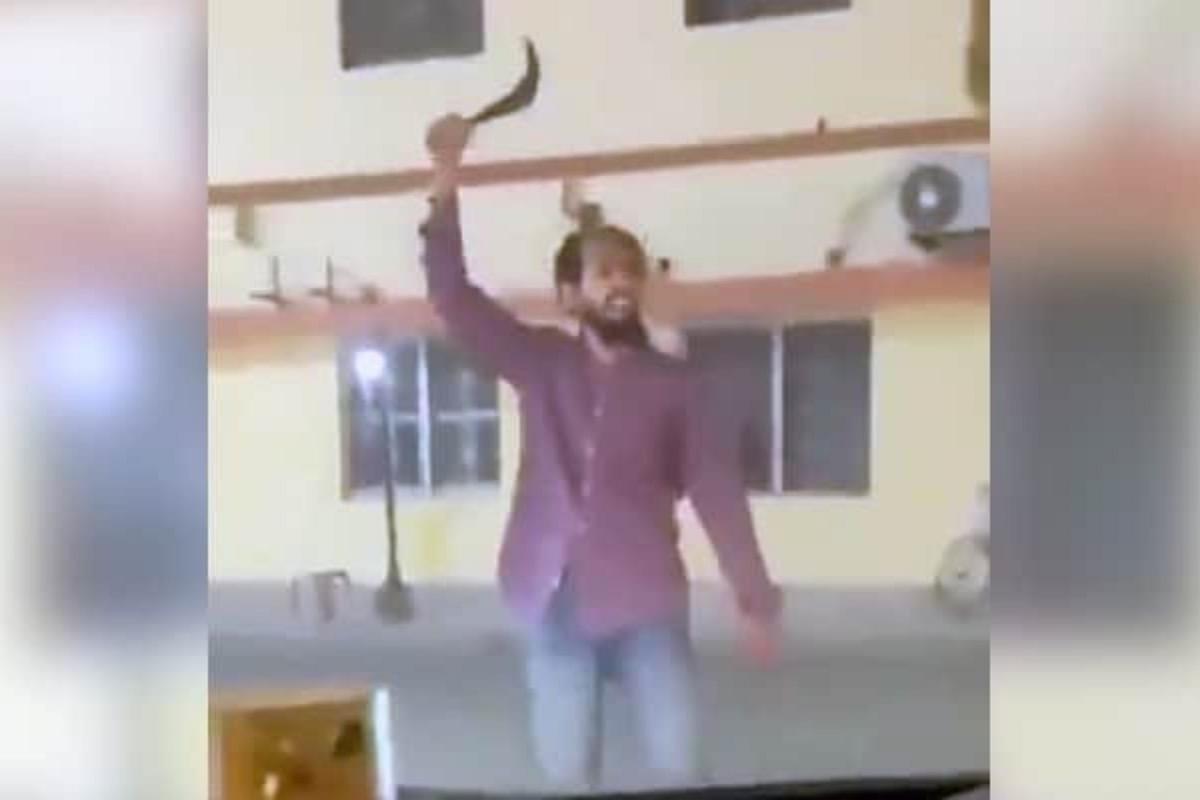 Ahmad Murtaza Abbasi, the accused of the attack on security personnel outside Gorakhpur's Gorakhnath temple, was brought to the Anti-Terror Squad headquarters in Lucknow for questioning on Wednesday, officials said.

Abbasi is currently in a seven-day police custody.

According to senior police officials, Murtaza will be quizzed about his activities and links to people behind the attack.

Additional Director General (Law and Order) Prashant Kumar said, 'We are trying to ascertain every aspect that led to the incident. The arrested accused links with people or organisations is also being looked into.' Meanwhile, senior police officials have claimed that the 30-year-old chemical engineering graduate watched hate speech of Muslim hardliners on his laptop.

The investigators have seized the said laptop and mobile phone of the accused to collect digital evidence.

The case is being investigated by a joint team of the Special Task Force (STF) and the Anti-Terror Squad (ATS) of the UP Police.

The investigators suspect that Abbasi was self-radicalised.

Officials are probing whether he was directed further by any handler.

Abbasi, an IIT graduate, tried to enter the Gorakhnath temple premises on Sunday evening. When the security personnel tried to stop him, he attacked them with a sickle, injuring two constables of the Provincial Armed Constabulary (PAC).

Abbasi was soon overpowered by other security staff and arrested.

The security staff seized the sickle used in the attack and a knife from his possession.

The Gorakhnath temple premises also has the residence of Chief Minister Yogi Adityanath, who is the head priest of the temple.

The CM was not in the temple at the time of the attack. Searches were carried out at different places in Kushinagar, Siddarth Nagar and Maharjganj districts of East UP where Abbasi had stayed in the recent past.

Teams have also been sent to Mumbai and Jamnagar in Gujarat.

As per senior police officials, Abbasi completed his education in Mumbai and later worked with a multinational firm in Jamnagar of Gujarat for some time.