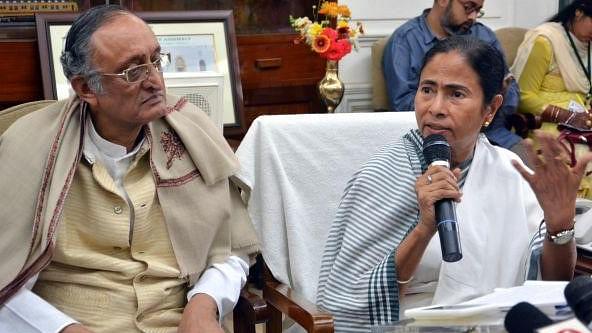 Prices of many commodities in Bengal are set to go up by about 25 per cent if Bengal Chief Minister Mamata Banerjee continues with her opposition to the goods and services tax (GST) regime. State Finance Minister Amit Mitra has indicated that Bengal is not ready for GST and wants the deferment of its proposed rollout from 1 July.

However, with almost all the other states preparing themselves for the rollout on 1 July, Bengal will suffer a lot if it does not join the bandwagon simply because Banerjee wants to score doubtful political points by angrily opposing anything that the Narendra Modi government does or proposes. Economists point out that from 1 July, goods coming into Bengal will cost much more as they’ll be taxed more. “The producers of goods (consumed in Bengal) in other states will pay the integrated GST (IGST) and the central GST (CGST) before shipping them to Bengal and once here, these goods will again be taxed by the state,” said Amit Mukherjee, a teacher of economics at Calcutta University.

Mukherjee pointed out that input credit or credit for taxes paid will not be available to companies for goods sold in Bengal, so consumers will have to pay much more for such goods. Manufacturers may also stop exporting to Bengal to avoid paying more taxes, and hence the likelihood of a shortage of goods is very strong. Also, goods being exported to other states from Bengal will also become more expensive and, hence, uncompetitive in the open market since manufacturers in Bengal will have to pay local levies and then the IGST and CGST.

Economists also contend that since Bengal is a consuming state, the state government will also be a loser since it will not get any compensation for revenue loss during the period it doesn’t join the GST regime. Thankfully, this dark period caused by Mamata’s blind opposition to Modi won’t last beyond mid-September since the state will have to abide by the Constitutional amendment passed by Parliament last year to do away with state levies like excise duties, service tax, VAT, central sales tax and entertainment tax and join the GST regime by then.

But millions of consumers of Bengal, and manufacturers of Bengal who export their products to other states, would have suffered needlessly for 75 days. “It makes no sense for Bengal to not join the GST regime along with all other states by 1 July when it has to do so by mid-September. Bengal’s opposition to GST is purely political and making consumers and manufacturers of Bengal suffer just to make a political point is like cutting one’s nose to spite the face,” said Rupak Sinha, a chartered accountant. The most hard-hit would be Bengal’s manufacturers since their products will become costlier and they’ll lose out to competition, said Sinha. “Will the Bengal government compensate them for the losses they incur during this period? Will the Bengal government compensate them for if they lose out on contracts in other states?” he asked.

According to taxation experts, goods coming from other states will cost at least 25 per cent more than their current prices in Bengal if the state doesn’t migrate to the GST regime along with other states by 1 July. White goods - refrigerators, air conditioners etc - and electronics could cost up to 30 per cent more. Automobiles and two-wheelers could cost up to 18 per cent more in Bengal. That is why, says Sinha, manufacturers from other states may not want to ship their products to Bengal till the state migrates to the GST regime. The result could be a shortage of such goods and, consequently, withdrawal of usual summer and monsoon bargain offers on goods. Thus, consumer of Bengal will have to suffer.

State finance minister Mitra’s contention that the state is not ready for the GST rollout also seems to hold no water. Data released by the Central Board of Excise and Customs (CBEC) just a day ago shows that Bengal has achieved one of the highest enrolments in GST through the CBEC and VAT (value-added tax). The percentage of enrolment in Bengal till mid-May was also higher than the national average. A total of 24,272 units from Bengal have migrated to GST through CBEC and 17,000 have migrated to GST through VAT. Only 3,900 companies in Bengal are yet to migrate to GST through CBEC and 2,500 through VAT. “This is eminently doable in the one month that we have left,” said Sinha.

Nationally, the percentage of enrolment and migration via CBEC is 82.29 per cent (it is a much higher 91 per cent in Bengal) and 85 per cent through VAT (86 per cent in Bengal). Kolkata ranks third among all cities in terms of GST enrolment after Ahmedabad and Mysuru. But Mitra chooses to ignore, and even contest, these figures for the sake of political convenience and in order to please his political mistress. “Migration of units to GST has nothing to do with preparedness of GST. The GST system is not fully ready,” he asserts.

Experts point out that it is futile to make such assertions when Bengal must join the GST regime. “The point is that if Bengal chooses to be an exception and not join the GST regime now, consumers and manufacturers of the state, and the state government itself, incur losses. Opposing the GST and raising petty gripes about GST will only affect the state adversely for about 75 days till Bengal has to join the GST regime whether it likes it or not,” said Sinha.

Realising that it could be the only one standing out in petulant opposition to the GST while all other states join the regime from 1 July, Banerjee and her finance minister are desperately working the lines to convince chief ministers and finance ministers of other states to oppose the GST rollout from next month. While the Congress-ruled states will not join her, Banerjee sent feelers to Nitish Kumar (Bihar) and Naveen Patnaik (Odisha), but they have refused to humour her. Mamata is learnt to have instructed Mitra to convince his counterparts in Kerala and Tripura to join Bengal is deferring the GST rollout. She wants Mitra to use whatever clout he has and all his sources to get at least these two states on board.

Mitra is wary of displeasing his temperamental boss who is infamous for her intemperate outbursts against her senior colleagues and, thus, has been working desperately to convince Kerala finance minister T M Thomas Issac. Mitra has known Issac, also an economist like Mitra, for a number of years from Issac’s days as a teacher in the Center for Development Studies, Thiruvananthapuram. But such personal relationships may not matter at all. Mitra has also contacted Tripura finance minister Bhanu Lal Saha, who has no background in economics and is a career politician, but that outcome is not known.

Issac is reported to have told Mitra that Banerjee could perhaps call up Prakash Karat, his party boss, to discuss the GST rollout. But given Banerjee’s antipathy towards the CPI(M), it’ll need a massive swallowing of her giant pride to do that. However, she just may in order to score a (pointless) political point over Modi.

If the moves to solicit support from other states do not yield results, the Bengal government may try to get a stay on the GST rollout, at least in Bengal, from the Calcutta High Court. Banerjee is learnt to be consulting senior Constitutional lawyers on this. The strategy is to file a petition before the High Court and get a stay on the rollout at the last moment. Even if the stay is subsequently vacated, it will serve as a face-saving measure for Banerjee who has been losing face in her repeated skirmishes with the Centre.