Gurdas Maan In Trouble For Calling An Ascetic A Descendant Of Third Guru Of Sikhs, Thereby ‘Hurting Sentiments’ 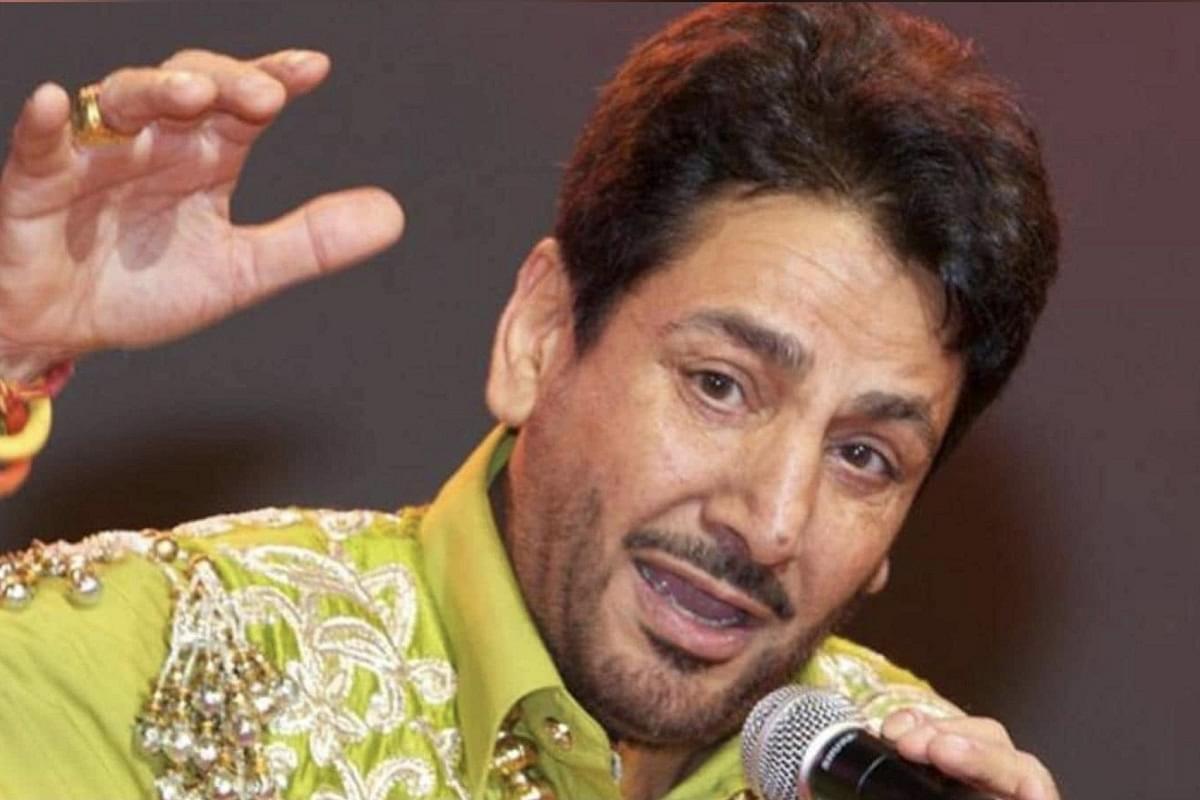 In some relief, Maan was granted anticipatory bail by the Punjab and Haryana High Court today (15 September). His bail plea was earlier rejected by the Jalandhar district court.

The Case Against Maan

Maan courted controversy after his performance at the Urs of an ascetic named Sai Murad Shah in Nakodar town of Jalandhar on 20 August. Urs, which is an Arabic word, means death anniversary of a Sufi saint.

Maan gave a performance at the Dera named after the ascetic which can be watched here. At one point, he said that Gulam Shah, who was nephew of Murad Shah and also an ascetic like him, was a descendent of Guru Amar Dass.

Readers may watch a four-minute clip of the controversial part of the performance here.

Sikhs consider Guru Amar Dass as the third of the 10 gurus of Sikhism.

When video of the performance emerged on YouTube, many took offence to this comparison of an ascetic with a Sikh guru and gave complaints to the police against Maan.

On complaint by one Paramjit Singh Akali, who has described himself in his statement as member of a five-member committee of Sikh Youth Power of Punjab, a first information report (FIR) was registered at City Nakodar Police Station on 26 August (number 141/2021).

Maan was booked under IPC section 295A, which pertains to deliberately outraging sentiments. Paramjit’s complaint also mentioned that Maan is chairman of the trust that manages the Dera of Murad Shah in Nakodar.

Maan filed an anticipatory bail plea in Jalandhar district court on 1 September. It said that the devotees of Gulam Shah believe that both Guru Amar Dass and Gulam Shah belong to Bhalla Gotra.

In the Hindu tradition, Gotra is defined as a clan tracing its paternal lineage from a common ancestor.

“…While performing, heart of applicant got filled with love, joy and overwhelming devotion. In the said ecstasy he praised the family of third Sikh Guru Shri Amar Dass Ji and family of Sai Gulam Shah Ji in the presence of Lakhs of Sangat comprising of Sikh, Hindu, Muslim and other communities without any murmur from even a single devotee present at the spot who were watching the live streaming of his performance. He did not utter any word against the honour of Sikhism or of any Sikh Guru.”

The plea further said that Maan was being subjected to a social media campaign by vested interests and Maan had already clarified his position in a subsequent video and apologised for hurting sentiments.

“Few days after the said performance a campaign was orchestrated on social media by certain vested interest groups that applicant has hurt the religious sentiments of Sikh Community. An atmosphere of fear and coercion was created. On coming to know the said propaganda applicant immediately posted his video stating that if by any means anyone felt offended by his words then he seeks apology from those aggrieved. In the said video the applicant also clarified that no one can be compared with Shri Guru Amar Dass Ji Maharaj because he is Sat Guru Param Guru Adi Guru.”

The bail application was opposed by the Punjab government, who called Maan’s offence as “very serious in nature” where “in leniency is required”.

“These words have been uttered by the accused/applicant during stage performance with a deliberate or malicious intention to outrage the religious feelings of the Sikhs in Punjab and throughout the world. Although it is alleged by defence counsel that accused had submitted apology, meaning thereby occurrence is admitted by the accused. There is a lot of resentment among the Sikh sangat in the country as well as abroad as a result of this. If such like accused are granted concession of anticipatory bail, then it will give wrong signal to the society at large and anybody will start uttering such words to outrage the religious feelings of another class. If granted concession of bail, it will create law and order problem in the State of Punjab.”

The court rejected Maan’s anticipatory bail plea. Additional sessions judge Manjinder Singh, who heard the petition, said that the court is of firm opinion that the offence is “very serious” in nature.

“In my view, anybody belonging to Bhalla caste cannot be said to be descendant of Shri Guru Amar Dass Ji Maharaj. Everybody has his own identity,” the judge said.

The court further said that by issuing an apology, Maan had admitted to the occurrence of the offence.

“Offence u/s 295-A IPC is not compoundable. By these utterances of accused/applicant there is lot of resentment among the Sikh Sangat in the country as well as abroad. If granted bail it will aggravate people's discontentment and spoil Punjab's peaceful environment,” the judge said.

On 14 September, various newspapers reported that Maan had moved the Punjab and Haryana High Court against the district court order. Fresh reports say the court granted him bail today.

It may be noted that Maan’s pleas in both the district and high court say that he is a Sikh by religion and “an ardent devotee of all the Sikh gurus and follows all the Sikh practices”.

The pleas also say that Maan’s contribution to tenets of Sikhism is noteworthy and he had spread the message of Sikhism all over the world by singing a large number of devotional songs in honour of almost all the Sikh gurus.