Gymnastics Of The “Centrists” 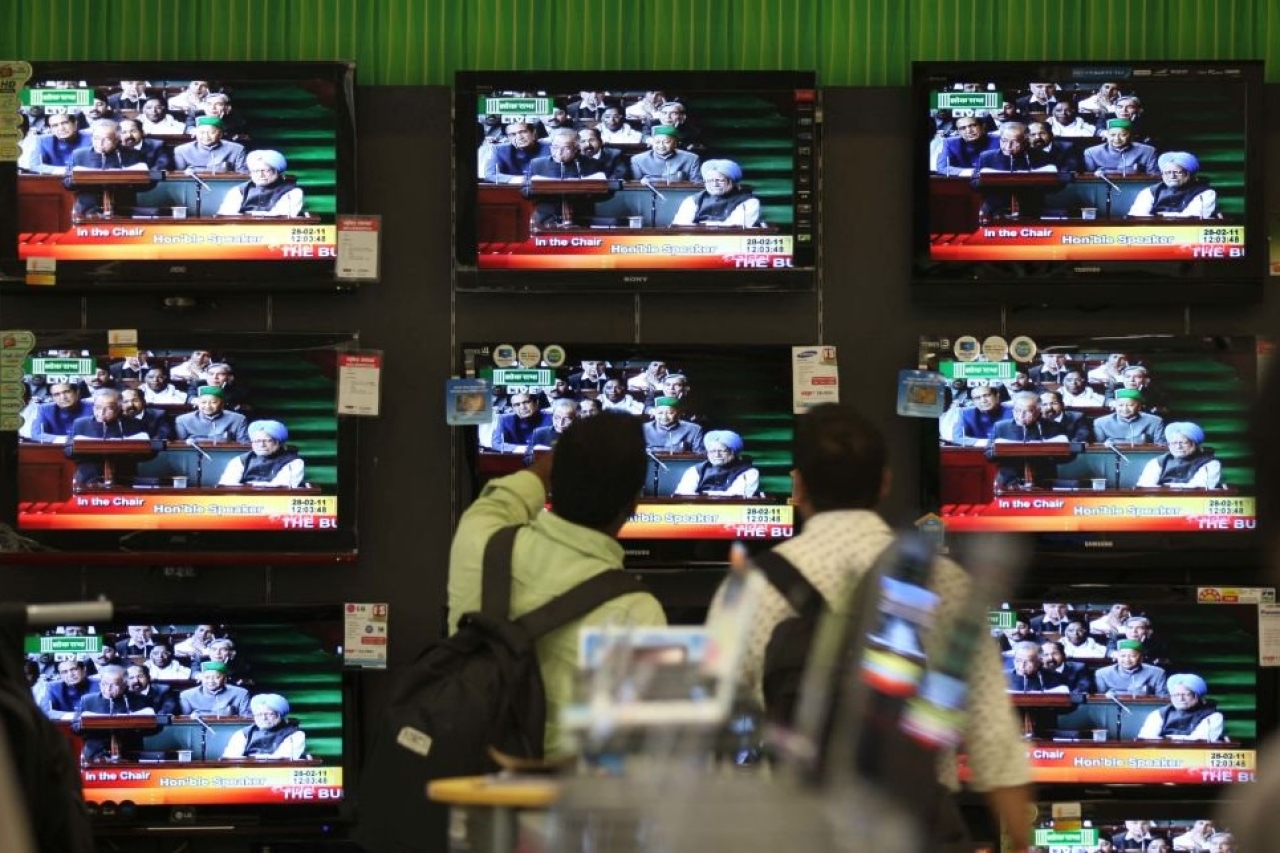 Annual Budget 2011-12 is seen on a TV Screen at the shop at Prabhadevi on Monday.(Kunal Patil/Hindustan Times via Getty Images)

“The liar cares about the truth and attempts to hide it; the bullshitter doesn't care if what they say is true or false, but rather only cares whether or not their listener is persuaded.”

Those are the words of American philosopher Harry Frankfurt in his best-selling book On Bullshit. (That is the name. So we won’t use bull**** , with the asterisks) . The book is a serious work in ethics that warns about demagogues that pander to what the public wants to hear. He was referring mostly to politicians, but what better politicians than our media personalities!

These days, every editor wants to appear holier than thou. They want to be that dispassionate viewer that watches the dance from the balcony. Never mind they wrote the most egregious, fawning pieces before or showered encomiums on TV on the most hare brained of ideas of the men in power. These days they are the stoic arbiters of right and wrong.

So you would see grandstanding on Twitter about “centrist”, “non-partisan”, “independent voices” and such gobbledygook. Let’s look at a few gymnastic moves of the centrists. Needless to say, this is just a sampler.

The anchor finds someone on the extreme end of the bell curve that would make her appear like a sadhvi. Exhibit A of this is a prime time programme of a New Delhi-based news channel, especially when it features ‘One Saint’. The wily old fox would point to all sorts of personal imperfections in his adversaries and policy loopholes with his acerbic wit and Urdu shers. The anchor would interrupt with, “But sir, the economy is still growing at 7 per cent”. Boom! You can see the halo!

Platform for the prodigal daughter

Like the alien scanning for heat signals to find out human enemies in sci-fi movies, the liberal media is on the lookout for malcontents in the right wing. They catch one and offer her space to vent out. She is the one who suffers from self-loathing for the stupidity of siding with the unprofitable side, and uses the same verbiage that were directed at her: ‘#troll’, ‘#doltright’ etc. The editor smirks. He is now the messiah that saved the erring lamb and brought it into the fold. A cycle of quid-pro-quo ensues. Their timeline is filled with posturing about how media should be “liberal” and they should “engage”.

This is the trick of the old editor that recalls unverifiable events in which reasonable things happened. And the assumption is that thus he must also be reasonable. He also subtly sends messages to the junior journalists and the media world on how he has been a buccaneering cowboy in the Wild Wild Northeast. The story goes something like this: “It was during the Assam Elections of 1985, when I was traveling with my female colleague in a Rajdoot. Brahmaputra was almost in floods. We stopped to the get the tyres checked in remote Barpeta, where I saw Prafulla Kumar Mahanta and Hiteshwar Saikia having chai and sharing jokes in the middle of a tough election campaign. Now a days, Narendra Modi and Rahul exchanging such pleasantries are unimaginable”. The junior sub-editor who has not seen beyond Greater Noida in the east is gobsmacked. That is a coup!

On the one hand..

This is a cheap shot. But since people do easily fall prey to non-sequitur arguments, this is commonly used. “One the one hand- on the other hand” device is used with aplomb to give an impression that the author/moderator is thoughtful and has considered both sides. She will say something like, “On the one hand BJP struggles to shake its ideological bigotry, on the the other becoming moderate would make it another Congress.” Sucker punch with a velvet glove. Never loses Mojo!

Find that one idiot, generalise and equate

The curmudgeon couple have sort of elevated this old dirty trick to an art form. The loony minions on social media use it all the time. A murderer who killed someone in a brawl is identified as a Hindu, is juxtaposed shamelessly with a jihadi, hence equating the religions. The editor then is able to criticise one of his own! His commitment to higher principles should be incontestable. Wow, that shining “Deep” on the hill!

People to want to be reasonable and equanimous. And they crave for information that would make them feel noble about themselves. Purveyors of clever words latch on to this mini moral crisis and the lack of self-awareness with devastating effect. So, now when you read stuff like “voices from both sides”, make it a teachable moment for yourself.

Sifting the right from the wrong is among the highest moral duties of a human being. “Pretending” to be a centrist is just immoral and abdication of the role of being a good citizen. Identify the right and appreciate. Point out the wrong and criticise. Every act on its own merits. Only then justice is served and the society moves forward with mutual trust.

The woke souls should constantly expose fake “virtue-signalling” and be vigilant against these unprincipled media personalities who make a Faustian bargain every day. Remember, Machiavelli wrote The Prince only to warn citizens not to be suckers.