Has BJP Really Lost The JNU Battle? Think Again. But The War Remains To Be Won 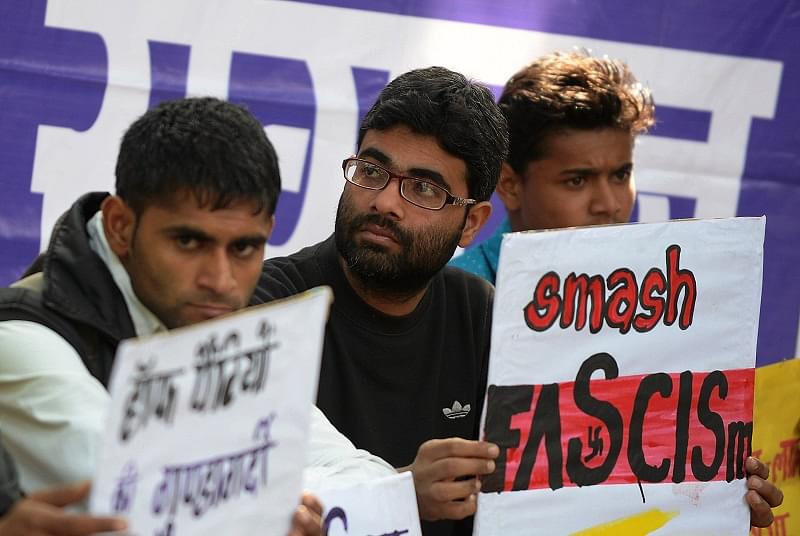 Modi has won the JNU battle but he needs a long term strategy to defeat his rivals in the well established Congress ecosystem because governments are ephemeral, but the establishment is permanent.

It was losing control everywhere – on the electoral front with two back-to-back crushing defeats in Delhi and Bihar, on the economic front with the Sensex in free fall, a weakening rupee, falling exports, on the security front with Pathankot attacks, and on the perception front with the Rohith Vemula suicide. But JNU presented a unique opportunity for it to bounce back and the party has grabbed it with both hands.

BJP’s stern action against the torch-bearers of India’s destruction has energised its support base and helped establish once more its nationalist credentials.

Sure, it could have done without some rowdy lawyers, allegedly close to BJP leaders, thrashing Kanhaiya Kumar. This, unfortunately, is also having unintended consequences. People have no qualms about someone giving a good thrashing to an alleged anti-national. However, mobthink is no excuse for the party to not distance itself from those involved in such condemnable incidents.

Presently, it’s the only party whose passion and emotional responses to the shameful incidents in JNU reflect the feelings of the majority. Two years down the line, this is as good a sign as any for the party and democracy that it still is the best representative of the nation’s underlying mood, never mind what the mainstream media says.

Rahul Gandhi and Arvind Kejriwal jumped the gun. They mistook it for another Rohith Vemula kind of opportunity to score some political brownie points. They thought they could also paint the crackdown on anti-national protests as anti-youth, just like they did with Rohith Vemula, who was reduced to his nearest identity, that of Dalit, exactly the kind of thing he had lamented about in his suicide note.

Arvind Kejriwal, being a shrewd chameleon that he is, has realised his folly and is now making amends by portraying BJP as someone which can neither handle anti-nationals, nor its unruly supporters. Never mind his endorsement of The Hindu’s cartoon depicting Hanuman as Modi’s henchmen setting fire to JNU (Lanka?) to divert attention from Modi’s failures elsewhere, just two days ago. Rahul is trying hard to prove how nationalism runs in his family and the sacrifices made by them and by other such bromides.

These U-turns suggest that the anger among the masses is moving up the chain and leaders of the other parties are feeling the heat and are forced to make a course correction.

This all doesn’t mean that BJP hasn’t made mistakes. R Jagannathan has compiled them here very lucidly and suggested amends. In this writer’s opinion, the BJP may actually have won the JNU battle but the war is far from over. Here’s how it can win it:

First, repeal sedition section 124 (A) of the Indian Penal Code. This is a British-era law that is irrelevant today and so draconian and arbitrary that it won’t hold up in court in most cases. The section not only outlaws anti-national activities but also anti-government ones.

Second, don’t make a hero out of Kanhaiya Kumar. This is a big mistake. One is not suggesting to go soft on him. On the contrary, actually, arrest all those involved in organising the JNU event and those who participated in the sloganeering-fest, especially the absconding Umar Khalid who is rumoured to be the brains behind this anti-India campaign.

Slap charges of indulging in anti-national activities against all accused under the Unlawful Activities (Prevention) Act (UAPA). The government is on more solid legal footing if it uses this act rather than the sedition act.

Third, the BJP is not going to be in power forever. Building an ecosystem is the most important thing. One cannot expect opposition parties, who are standing with the Kanhaiyas and the Khalids, to take action against them, if they come into power.

The power of the ecosystem is clearly visible; media elites and opinion makers are all out to obfuscate the facts and shield the Kanhaiyas with all kinds of propaganda. So, an alternative ecosystem favourable to India’s interests is very important. Governments are ephemeral, the establishment is forever.

Fourth, cleansing college campuses of cult ideologies is very important. The edifice that the communists have built with the institutional backing of the state needs to be deconstructed brick by brick. Communist sympathisers and pro-azaadi elements must not be hired in any capacity, much less as professors. Universities should not be allowed to become indoctrination ground for cult ideologies like communism.

Fifth, the whole notion of the necessity of student activism and party politics in campuses is wrong. Politics, if to be allowed in campuses, should be restricted to only protesting and discussing issues related to university or hostel problems of students. Independence of Palestine should be the least of their worries.

Sixth, the vexing issue for the tax-paying public is that their money is being wasted to promote ideologies most of them don’t subscribe to. This concern should be addressed. All subsidies that go to non-technical projects must be stopped. Instead, the state can give scholarships to deserving candidates. Let the market decide which subjects deserve funding and which do not. State resources are limited and must be used judiciously.

We must shed the soft state tag sooner rather than later. As Sanjeev Sanyal suggests, the time has come to transform India from an all-pervasive weak Ashokan state to an effective, law-bound strong Chanakyan one.

Modi has clearly lost the battle for JNU in the eyes of opinion makers and media elites but when has he ever won in their eyes? They were never his constituency. Among his constituency, the people of India, he has secured a thumping win.

For this victory to be long-lived, he will have to win the war. And that is far from over.