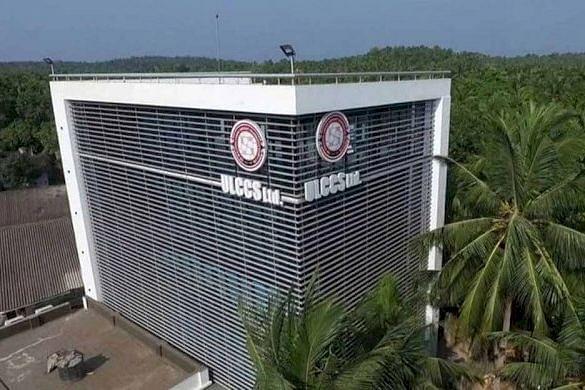 The Kerala gold smuggling case which has rocked the state politics, particularly the ruling Left Democratic Front (LDF), since July this year is now witnessing a new twist with the Assembly Speaker P Sreeramakrishnan being dragged into the controversy.

The Speaker is alleged to be close to Swapna Suresh, one of the prime suspects in the gold smuggling case, but more importantly Sreeramakrishnan is now up against a slew of allegations made by the Congress and Bharatiya Janata Party (BJP).

Both these parties have alleged that the Speaker has spent huge sums of government money since he assumed charge in 2016.

According to senior Congress leader Ramesh Chennithala, Sreeramakrishnan has spent about Rs 100 crore, including construction works in the assembly premises when its construction in the mid-1990s cost only Rs 76 crore.

Chennithala and Kerala BJP president K Surendran have, in particular, raised questions over “lot of work” being handed over to the Uralungal Labour Contract Cooperative Society (ULCCS), which got works to the tune of about Rs 20 crore assigned to it, flouting all norms.

Their objection is that the society has been given even work outside its area of expertise.

The society has been dragged into the gold smuggling case too, and last week Enforcement Directorate (ED) officials conducted search operations at its headquarters.

The allegations against ULCCS has brought the cooperative society into focus. Why has India’s oldest cooperative been caught in controversies of late?

How Uralungal Came Into Existence

The ULCCS was established in 1925 by 14 workers headed by Paleri Chandanman. It came into existence on the advice of Guru Vagbhatananda, who said it should be not for profit.

Uralungal derives its name from a village in Malabar district where the society undertook construction of a fence, small wall and a well.

Headquartered in Vadakara in Kerala's Kozhikode district, it is reported to have completed over 4,000 works until now, including road and bridge improvement works.

Uralungal, in particular, takes up construction work in various government departments, irrigation, national highway and tourism. It is reported to have provided work to tens of thousands of workers.

Chandanman’s grandson Paleri Rameshan now heads ULCCS but, according to observers, he has acceded its control to the Communist Party of India-Marxist (CPI-M).

ULCCS became famous and was termed as a reliable organisation after it returned Rs 14 crore as excess money left with it after completing a project.

“Uralungal returned the money from the total cost it had got, saying it had completed the project at a lower outlay. From then on, it became to be seen as a reliable organisation,” said a political observer in Thiruvananthapuram, not wishing to be identified.

This then became a passport for the organisation to get more works, and people are not willing to believe any adverse story about ULCCS. But then, some say that the returning of the money was a drama for some of the activities the organisation indulged in, later.

Observers say that the first big step that ULCCS took was during the United Democratic Front (UDF) regime when it got the support of P K Kunhalikutty, senior leader of Indian Union Muslim League which is an active partner in the UDF.

There are few versions doing rounds on how ULCSS won the trust of Kunhalikutty but suffice to say that it reportedly took advantage of a controversy in which the then UDF minister got caught in.

How ULCCS Lost Its Credibility

With the LDF coming to power, the CPI-M took full control of ULCCS. Observers allege that some of the top party leaders used the society for their personal benefits.

“If you look at some of the top Communist leaders in Kerala, none of their children want to be in the party. Almost all of them have business interests,” the observers said, hinting at the root of the problem.

During the current LDF regime, headed by Pinarayi Vijayan, ULCCS has been handed over various works without any tender being floated. This includes some handed over by the Assembly Speaker.

Things with regard to Uralungal have turned worse after BJP’s Surendran alleged that ULCCS “is an institution that helps CPI-M (Communist Party of India-Marxist) leaders convert their black money to white”.

Observers say that there is some truth in these allegations, pointing out to certain modus operandi of the latter.

Usually, Uralungal will first quote a particular amount to complete a work. It will then revert and seek additional allocation. The additional amount gets diverted as payment for one or the other services rendered by family members of the party leaders, allege observers.

They point out how Raveendran, one of officials in Chief Minister Pinarayi Vijayan’s office, had bought land excavators worth Rs 80 lakh and earned crores leasing them out for Uralungal works.

“Why should ULCCS spend so much on renting excavators when it can buy them?” wonders an observer.

Raveendran, who is under investigation by the ED and National Investigation Agency, has so far eluded being quizzed by both agencies. This, observers point out, is in itself a proof that all is not well in the ruling LDF in Kerala.

Observers quote another example to point out how things are wrong with Uralungal.

Last year, ULCCS had almost got a project at Kochi Infopark for which it had quoted over Rs 200 crore. However, it ran into problems after objections were raised and finally, the society quoted at least 60 per cent lower than its original quote.

Media terms Uralungal as CPI-M-backed ULCCS and observers allege that some of the party leaders and their family members have benefitted from it.