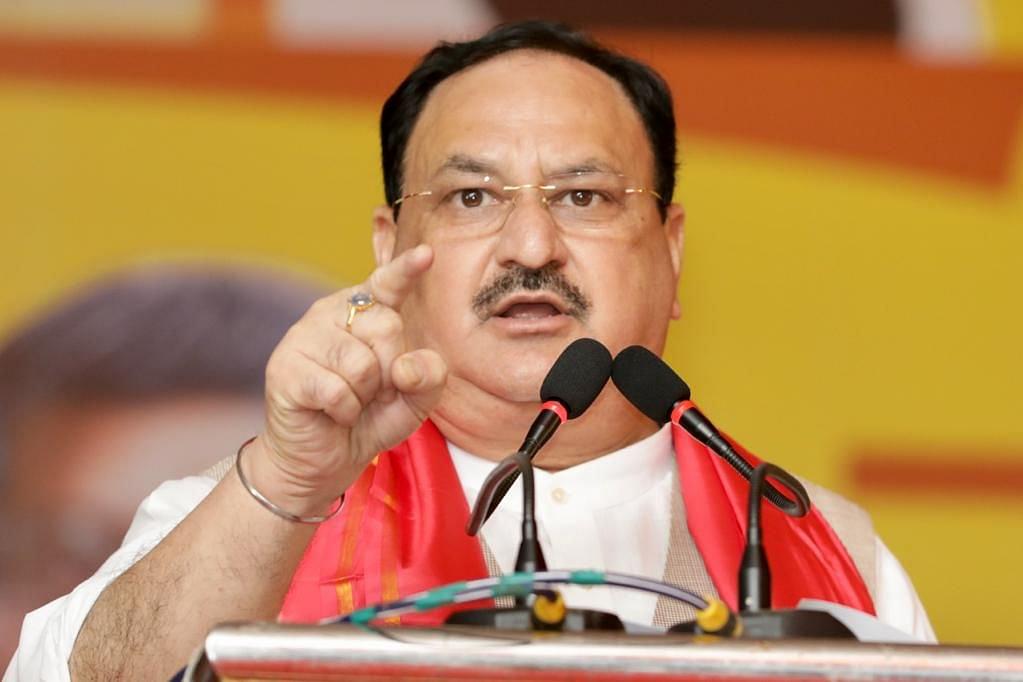 Serious differences have developed with the Bengal unit of the Bharatiya Janata Party (BJP) that is currently wracked by a ‘principles versus pragmatism’ conflict.

The party’s old guard, many of them with roots in the Rashtriya Swayamsevak Sangh (RSS), have been unhappy over the entry of what they term as ‘turncoats’ from other parties and the prominence such persons have gained within the party.

The old guard, prominent among them being state unit president Dilip Ghosh, have long argued that the entry of “opportunists” dilutes the BJP’s USP as a ‘party with a difference’.

They have also argued that these ‘opportunists’ are likely to ditch the party when the going gets tough or when they realise that staying in the BJP no longer suits their personal interests.

The old guards’ ire is primarily directed towards Mukul Roy, a founding member of the Trinamool who joined the BJP in September 2017.

Roy is considered to be a master electoral strategist and his skills in ‘election-management’ became known and much talked about when he was in the Trinamool.

Roy, who held important portfolios like Shipping and Railways in the Manmohan Singh government, is credited with crafting many electoral victories for the Trinamool.

He is said to know the names of even booth-level functionaries in the Trinamool and has unparalleled contacts among grassroots level political workers.

Roy brought in many people at the junior, middle and senior levels, including MLAs and MPs, from the Trinamool into the BJP.

The old guard in the saffron party have been not only bristling at such migration from the Trinamool, as well as the Congress and the CPI(M), but also resisting attempts to award party posts to the ‘migrants’.

A few loyalists that Roy brought in from the Trinamool also won the Lok Sabha elections last year, and that sparked considerable jealousy among the party old-timers.

Since then, the old timers have been sidelining Roy and his associates. According to the old-timers, it is not Roy’s efforts and election management, but the good work done by the RSS and its affiliates very diligently over the decades that yielded the electoral dividends last year.

As a result, Roy has been sulking at the sidelines and had dissociated himself from many organisational responsibilities. That sent alarm bells ringing in the party’s central leadership, which knows Roy’s worth.

“Mukul Roy is an asset and our central leadership knows this very well. Without Roy’s active and wholehearted involvement, it will be impossible to win the 2021 Assembly polls,” said a top functionary of the BJP’s Jalpaiguri district unit.

The BJP central leadership swung into action last month to set things right after receiving alarming reports of a wide schism in the state unit of the party.

“The disconnect between (Bengal BJP president) Dilip Ghosh and Mukul Roy had reached very disturbing proportions and it appeared as if the entire campaign for the 2021 Assembly polls would get derailed. That’s why our national president (J.P.Nadda) and Amit Shahji intervened,” a senior party functionary told Swarajya from Delhi.

Roy was placated and entrusted with major responsibilities. He was assured that he would be able to function and plan for the crucial 2021 polls without any interference from Ghosh and others.

The central leadership also sent out a strong message to the state unit by appointing Roy as the national vice-president of the BJP and replacing Rahul Sinha (who was a national secretary) with Roy’s confidante and former Lok Sabha MP Anupam Hazra.

Before this, the central leadership had also prevailed on Ghosh to appoint Roy’s inductees (into the BJP) like Soumitra Khan and Arjun Singh in senior positions in the party’s state unit.

However, differences between the old guard and new entrants to the BJP still persisted. The old guard believes that in order to come to power in Bengal, the BJP should not abandon its principles.

“It is a matter of principles that we hold very dear. The growth of the BJP in Bengal has been organic through the dedicated efforts of the Sangh parivar over many decades. Now, when we are within grasp of power, a lot of opportunists from other parties have joined our party and are planning to join. Their commitment to the BJP’s ideals and principles is suspect,” explained a senior state functionary who is close to Dilip Ghosh.

But the central leadership feels that such debates are meaningless and self-defeating. “Principles are not being compromised or abandoned at all. And there is no glory in remaining an opposition party while holding up lofty ideals,” said the Delhi-based party leader.

With no let-up in their resistance to the entrants from Trinamool and other parties from the BJP’s old guard, the central leadership delivered another blow to Ghosh by replacing his trusted aide Subrata Chatterjee from the post of state secretary (organisation) with the neutral Amitava Chakraborty.

The post of secretary (organisation) is a crucial one and in the BJP’s scheme of things, is next to the state president’s in terms of responsibility and power.

To further drive home that message that the state unit will have to work unitedly towards the goal of unseating Mamata Banerjee from power next year, Amit Shah will undertake a two-day visit to the state later this week.

Shah is expected to ask Ghosh and the old guard to bury the hatchet and work with Mukul Roy and the latter’s men.

“Coming to power in Bengal and ridding the state of the Trinamool is the highest priority now. A party like the Trinamool ruling over a strategically important state like Bengal poses a grave threat to the nation’s security and integrity,” said a senior RSS functionary who is involved in patching the differences between the two camps.

Shah’s visit will be followed by that of Nadda. Also, Shiv Prakash and Arvind Menon have been asked to concentrate wholly on gearing up the BJP’s Bengal unit for the 2021 polls.

While some media reports that Ghosh will be replaced as state party president are baseless, the central leadership has also asked Ghosh to reconcile himself to Roy playing a major role in the preparations for next year’s elections.

Amit Shah and Nadda are also expected to clearly define the responsibilities of Ghosh, Roy and other top functionaries in the state unit. That, say party insiders, will put an end to disputes and differences within the party.