Hero Of 2019 Is Election Commission; It Deserves Kudos From All, Apologies From Its Critics 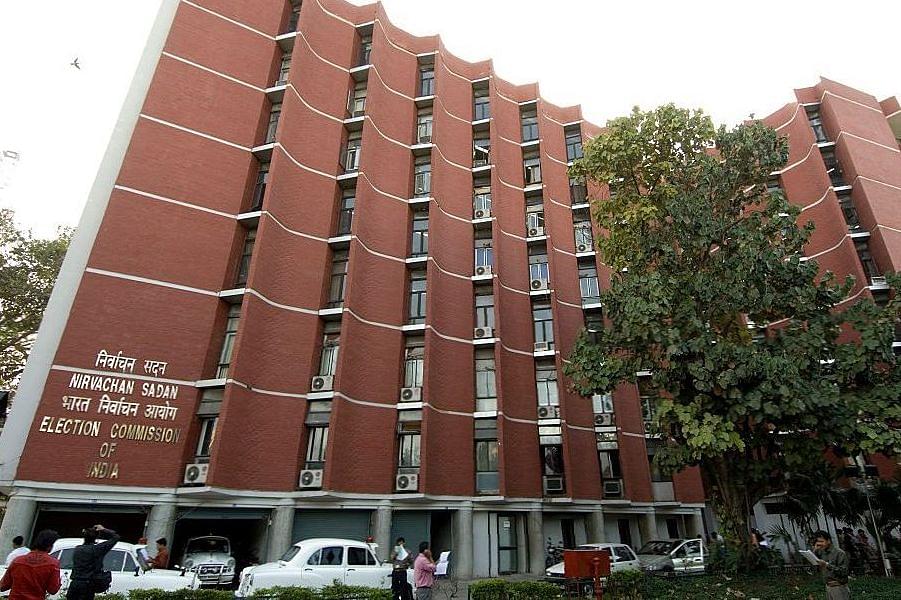 Soon after the counting ended, attention has shifted to the winners and losers of the 2019 general elections and the National Democratic Alliance’s (NDA’s) ministry formation exercise, but the one real winner has gotten almost no pats on the back: the Election Commission of India (ECI).

During the course of a gruelling election season that started with the announcement of polling dates on 11 March and the close of counting and results announcement around 24 May, the Commission has been criticised and hauled over the coals by every opposition party, not to speak of some former Election Commissioners who ought to have known better.

Doubts were raised about the impartiality of the Commission since it refused to gag the Prime Minister and Bharatiya Janata Party (BJP) president Amit Shah for some of their campaign speeches, scary scenarios were sketched out about electronic voting machines (EVMs) being tampered with, and a mischievous last-minute effort was mounted by the opposition parties to demand a change in the vote counting process, with the VVPATs (voter verifiable paper audit trails) being counted before the EVMs. If the ECI had caved in, it would not only have delayed the results, but also have faced massive questioning of the entire process if even one VVPAT-EVM mismatch had been discovered.

And yet, not one opposition party made an issue of the huge violence in West Bengal, which turned out to be a real problem for the Election Commission in ensuring free and fair polling. For the opposition, some politically controversial remarks by the PM should invite stringent action, but not actual violence and intimidation.

The Commission not only withstood such pressures, including one from the Supreme Court and another from within, to come out with flying colours. The unkindest cut came from one Commissioner, Ashok Lavasa, who broke ranks and wanted his dissenting notes made public when no previous Commissioner has ever demanded this. Dissent notes make sense when the ECI deliver a quasi-judicial verdict, and not when it takes executive decisions on the basis of a discussion among the commissioners.

Not one of the criticisms levelled against the Commission was ultimately found to be valid or logical.

The 20,625 VVPAT units that were tallied with the final EVM vote counts were found to be fully correct. One minor mismatch between VVPATs and EVMs in Andhra Pradesh was found to be the result of human error, the most common error being one where a polling officer forgets to clear the mock poll date before the final voting begins.

The Lavasa demand for publicising his dissenting vote was clearly an attempt to queer the pitch, for in no previous election has any dissenting vote been publicised on executive decisions. Dissenting votes may be needed only when the Commission delivers quasi-judicial decisions. In an interview to The Economic Times, Arora made it clear that dissent can be recorded, but need not be made public. Also, not making dissent public was not the same as suppressing dissent. He said: “The issues raised are on legally incorrect premises. MCC (model code of conduct) orders are not quasi-judicial. These proceedings would involve arguments and defence by lawyers. In a model code period of 2-2.5 months, can we conduct quasi-judicial inquiries? In multi-member bodies like, say, UPSC, they advise ministries on a range of issues, but do they mention varying views recorded by different members? The question is also, who is suppressing dissent? All opinions are there on the file. They can be accessed through RTI.”

The efforts to paint the ECI as partisan, since it did not gag the Prime Minister and Amit Shah, were dubious, but Arora defended his actions in the interview: “we have taken strong action against senior functionaries of the ruling party. Is the litmus test of the EC or its purity of intentions only proven when action is taken against a Prime Minister? I do not recall any such condition detailed in any rule book.”

Quraishi’s demand for selecting future election commissioners by collegium is fine so far as it goes, but he clearly transgressed decorum by making such demands in the middle of an election process. He himself was not selected by a collegium process, and it is difficult to claim that any election in the past – or even the most recent one – has been vitiated merely by this selection process. Quraishi was chief election commissioner from 2010 to 2012, and no one claimed his selection was wrong for that reason.

In an interview to The Times of India, Arora indirectly criticised Quraishi for wading into the controversy needlessly. He said: “some of the former CECs have been encouraging EC in general and me in particular, and at least one of them has arrogated to himself the role of self-appointed ombudsman of ECI. While you are doing your job, if all 24 hours you have to look back at anybody judging whether you are doing your job right, including your predecessors, it becomes a bit difficult. But this gentleman, very senior and respected, also keeps on saying that CEC/ECs should be appointed by collegium. By all means. But if his own appointment, which was certainly not by a collegium, passed muster, I am sure other guys following him are also not that malleable.”

Arora and his team need to be complimented, not criticised, for carrying out their constitutional mandate despite motivated criticisms against them.

But more than kudos, the Commission deserves a note of apology from all those who tried to paint it as partisan and unfair.