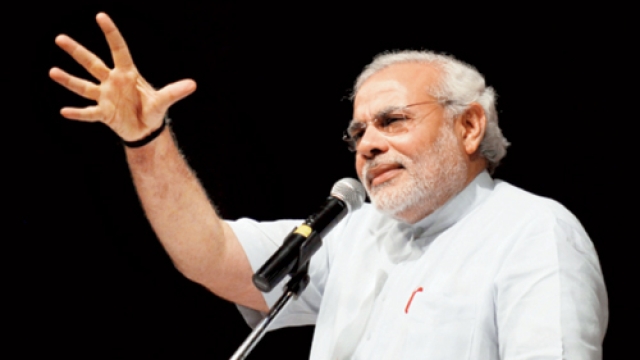 After the Uttar Pradesh (UP) sweep by the Bharatiya Janata Party-led National Democratic Alliance (NDA), where Narendra Modi’s combine included just two minor parties, the stage has essentially been set for an even bigger win in 2019. There has never been much doubt about Modi’s return to power in 2019, but the question was whether he would have to head a coalition, with the BJP falling to 200 seats from 282 in 2014, or as head of an alliance where the BJP would have a full majority of its own. On the second question, there were serious doubts about Modi’s ability to manage the kind of numbers UP and the northern states gave him in 2014.

What the 2017 UP assembly results show (BJP 312, allies 13, for a total of 325 seats) is that the 2014 coalition of castes is intact, and this coalition may hold, now that it has actually seized power. It is a pan-Hindu consolidation of castes (excluding Yadavs and Jatavs) that dwarfs the BJP’s mandir coalition of the 1990s. That’s the big change – and what can happen in UP can be attempted elsewhere too.

Though one need not see this as a hierarchy of needs, these kinds of aspirations are real and may coexist in the same person simultaneously. Put another way, it means we remain multi-aspirational long after our basic physical and survival needs are met. It also means that one can be aspirational no matter where one is placed on Maslow’s hierarchy or in the socio-economic ladder. And one can have aspirations in two or even three kinds of needs. I may want a job, but I may also want to be part of a Hindu society that does not discriminate against me.

Ask yourself: why did the poor not vote out Modi after suffering the downwind of demonetisation? It’s because they believed they may be part of a higher cause, of squeezing the filthy rich and cleansing society of the scourge of black money. Even though their incomes and jobs suffered, they gritted their teeth and voted Modi.

Why did the non-Jatav Dalits vote Modi? Their aspirations may in part have been guided by the need to belong to a larger Hindu society, the same society that treated them so badly for centuries but may now be showing them grudging acceptance, if not respect. There may be miles to go before Dalits are truly treated as equals, but they could not but have noted that leadership in Hindu society is moving away from the upper castes, as epitomised by the rise of Modi. It is no accident that Hindutva drums are beaten today not by Brahmins and Thakurs, but by OBCs (from Kalyan Singh to Uma Bharati). This is also aspiration of a kind. The sense of belonging to a larger community than one’s own is aspirational in a non-material sense. In many ways, the Hindutva movement was aspirational, for it allowed previously suppressed Hindus to take to the streets and come into their own, even as Mandal-based reservations aided their economic uplift.

Why do the middle classes keep voting for Modi despite the lack of growth and slowdown in the availability of high-quality jobs? Their aspirations are higher, including better civic amenities, as they aspire for a first-world lifestyle at Indian cost structures. Swachch Bharat is a promise that some of that can begin happening right here. Some of them are also keen to contribute to society, and not just focus on their own needs.

This is where the even mild Hindutva needs to be seen as part of the aspirational drive of Modi Sarkar. It is also the reason why one needs to consider the possibility of an even bigger Lok Sabha mandate for Modi in 2019. Right now, the Hindu consolidation is incomplete, not only in Uttar Pradesh, but elsewhere. The shock delivered to Yadav and Jatav power, by the defeat of the Samajwadi Party (SP) twice and the Bahujan Samaj Party (BSP) thrice has shown these two communities how fragile their power base is. It tells them how unrealistic the prospect of power with a 9 per cent voter base is (for the Yadavs) and 11 per cent (for Mayawati’s Jatavs). Both of them were envied by the smaller castes, and it was their consolidation that put paid to SP and BSP hopes.

The Hindu consolidation will be complete in UP only when both the Yadavs and Jatavs join the BJP’s rainbow coalition of castes. One can be sure that this is precisely what the BJP’s master strategist Amit Shah will aim for in 2019. Both communities will have to choose between a guarantee of a share in power, to exclusive power based on a narrow Muslim-Yadav consolidation, or a Muslim-Jatav consolidation. Even if the SP and BSP decide to form a mahagathbandhan with the Congress, a Yadav-Muslim-Jatav-Jat combo may not be enough to stop Modi. Normally, a 40-42 per cent vote aggregation should give this four-community vote a clear sweep; but the chances are this aggregation will end up polarising the voters even more, and the BJP could well end up with over 50 per cent of the vote.

The winning combo is really the BJP’s under both the current and future scenarios. In fact, if the Congress joins the Akhilesh Yadav-Mayawati coalition, its votes will simply desert to the BJP, which is now occupying the central space for power cutting across castes. And it is anybody’s guess whether Muslims will continue to buy the shop-soiled goods of “secularism” when they note how their perceived en bloc voting is creating a counter-polarisation to their detriment. It is more logical for them to seek a deal with BJP, for this is the party that can guarantee some good faith on behalf of the majority community.

While the arithmetic of castes may not work as well in other states, the logic of Hindu consolidation is unbeatable even outside the Hindi belt, which is where the BJP needs to spread its footprint. If we assume that the BJP will substantially hold its own in UP, Jharkhand, Madhya Pradesh, Chhattisgarh, Rajasthan, Himachal and Punjab (with a rejuvenated Akalis), Bihar will be the only big challenge for the party in the Hindi heartland. Here the MY combo is stronger than in UP, and as long as Nitish Kumar stays in the Bihar coalition, the BJP will find it tough to win as many seats as it did in 2014. The BJP will saunter home if it can prise Nitish from Lalu’s bear hug.

In the north-east, the BJP’s star is rising, and so is the case with Odisha. In Maharashtra, the BJP will romp home if it can do a deal with the Shiv Sena, but will find the going tough if the Sena, the Congress and the NCP gang up against it through a seat-sharing pact before 2019. Karnataka can return to the BJP after the assembly elections in 2018, and both Kerala and Tamil Nadu will yield the BJP more seats than before. Having got zero in Kerala, the BJP cannot but open its account in 2019, and in Tamil Nadu, with both the Dravidian parties in some decline, it should be able to wangle a good deal from at least one of them.

In Telangana and Andhra Pradesh, the BJP may not make gains, but it has to make sure that it ties up with the right party.

So much for the arithmetic of the BJP’s likely return to power in 2019. The aspirational vote for the BJP is a mix of economic gains for the poor and a broader Hindu coalition of castes.

The only two groups that feel let-down by the Modi government are the rootless elite and the hardcore Hindutva groups, which see Modi trying to become the next secularist, with nothing Hindu on his agenda.

The elite include both the Left and Right. The Left wanted Modi to become a Muslim-baiting bigot, which he refused to be. The Right had hoped that he would back at least valid Hindu causes, like repealing the minority-biased Right to Education Act, or ending the Haj subsidy, or building Hindu institutions to counter the JNUs and FTIIs infested by the Left.

The economic Right has been unhappy that Modi is no votary of privatisation, nor has he pushed really market-based reforms (nothing big-bang, though small moves continue). They now know that Modi is no Reagan or Thatcher. They expected bolder reforms, and a waving of the libertarian flag – something they should never have expected from Modi. In fact, he seems to have completely abandoned his Gujarat persona of being overtly pro-business.

But what Modi is actually doing is making his party more electable, by moving it closer to the centre, and even tilting it slightly towards the left in terms of pro-poor perceptions. He knows that being branded as pro-business is the kiss of death for most political parties. The Swatantra Party, the most Right-wing party India has ever produced, died an unsung death at the hands of Indira’s Garibi Hatao. Modi thus prefers to do reforms by stealth, while his pro-poor policies are tom-tommed from the rooftop.

It is canny politics, rather than the pursuit of overt right-of-centre policies that will alienate the masses.

One needs to cut Modi some slack, especially since there has not really been any let-up on incremental reforms (FDI, coal auctions, subsidy reforms through direct benefits transfers, bankruptcy code, goods and services tax, et al). Land and labour reforms are being left to the states to pursue, with Modi taking a backseat.

The moral is there can be no reforms if the people will not vote you back to power. That is prime focus in Modi’s first term; it may not be so in the second term, where bolder reforms can be hoped for, especially if the complexion of the Rajya Sabha moves from minority to majority for the NDA.

Modi’s reforms priorities in the first term have been muted due to the need for a second term. Right now, his politics are leading to the possibility of an even more powerful NDA comeback in 2019.

The road to the Right veers Left through the Hindu heartland before it takes the corrective turn.