How Gold Smuggling Into Kerala Turned A Lucrative Business 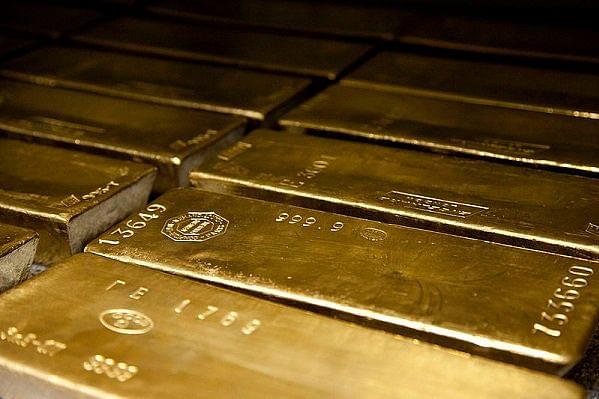 The current controversy over a phone call going from Kerala Chief Minister’s Office (CMO) to reportedly go easy on a woman — Swapna Suresh — allegedly involved in smuggling 30 kg of gold in two weeks, has turned the focus on gold smuggling now.

With the smuggling of gold raising suspicion of hawala transactions, funding terrorist activities, especially the Islamic State (IS) groups, and compromising the country’s security, the National Investigation Agency (NIA), Central Bureau of Investigation (CBI) and Enforcement Directorate (ED) have begun to look at various angles on this issue.

Malayalam daily Kerala Kaumudi has reported that gold from Africa has been bought using fake currencies and smuggled into Kerala via the United Arab Emirates (UAE).

The daily said that the smugglers began using this route as the Narendra Modi government took stringent measures to curb hawala and other illegal transactions.

A common thread coming out of the whole issue is that gold smuggling is rampant in the country and there are reasons why some people offer themselves to be carriers of the yellow metal in executing these activities.

One, smuggling in gold to avoid customs duty is lucrative given the 12.5 per cent import levy. Today, if a person imports a kilogram of gold costing $1,800 an ounce, he/she will have to pay a duty of over Rs 5 lakh.

Local media reports on the Kerala gold smuggling case say that the main accused Swapna Sundar and Sarith Nair would have made at least Rs 30 lakh had they successfully smuggled in the 30 kg of gold, seized by customs officials at Thiruvananthapuram airport on a tip-off.

The rest of the amount was to have been shared with others involved in the racket, including the carrier. Gold jewellers or retailers also stand to gain by buying the smuggled gold since they pay over Rs 1 lakh lower for it compared with the payment made for purchases through the legal route.

Dubai is a preferred centre for sourcing gold for two reasons. One, gold from the UAE is considered to be of better purity than what is available in India. Two, buyers in Dubai get gold at a rebate and, therefore, prices in the UAE region are cheaper.

Smuggling gold into the country is nothing new as it has been taking place since the early 1960s mainly for hawala operations.

The money thus earned illegally has been used in real estate, jewellery and financing loans.

Intelligence reports have been shared with various governments on how money from gold smuggled into the country has been used for various activities but no concrete action was taken.

Demand for gold has always been huge in Kerala, which accounts for nearly 10 per cent of the total consumption in the country.

Kerala has also been a favourite for such smuggling given the state’s shoreline but now the operations are carried out by air.

Initially, the Kozhikode airport was the smuggler’s choice to bring in gold but strict vigil by enforcement agencies has changed it all. The activities have now shifted to Thiruvananthapuram and Kochi airports.

Thiruvananthapuram airport is seen as a better choice since the airport is within the city, making it more safe. The capital bordering Tamil Nadu also helps smugglers to scoot away to cities nearby.

Gold smugglers have been helped in a big way by their political connections, something that has now come to haunt the Left Democratic Front government in Kerala.

Particularly in Kerala, smugglers from smaller cities such as Thrissur, Kasaragod, Kozhikode, Kollam, Malappuram have thrived due to their political connections.

Political connections have cropped up in gold smuggling because of the strict enforcement of election code of conduct by the Election Commission.

Local media reports in Kerala say that gold smuggling has also been presented as an investment opportunity for some wealthy individuals. These people are asked to invest around Rs 30 lakh and promised 10 per cent risk-free return over a specific period of time running into at least a couple of years.

The investor gets back his money in 10 months time by way of returns, while the amount coming in for the rest of the period is a bonus. This encourages them to invest more.

For the smuggling racket, the money helps in buying a kilogram of gold that is then melted, oxidised and changed into various forms before finding its way into India from Dubai or other destinations.

The gang running the gold smuggling racket has found many such gullible investors who are helping to sustain their activities.

On the other hand, a carrier gets at least Rs 50,000 for smuggling in gold into the country in various forms and following various tricks to conceal the yellow metal.

Some carriers have carried the contraband in their rectum. Local reports say that some of the carriers even receive training to smuggle gold.

These carriers, however, are usually unaware of who will receive the gold ultimately, though they have seldom revealed their links.

Some carriers have even chosen the land route from Nepal to get gold into the country after landing up in Kathmandu from the UAE.

The problem for authorities is that the smugglers have always found new routes whenever one of the routes is shut or turns troublesome.

Things aren’t easy any more for smugglers as the Indian government has raised the reward for tipping off authorities on gold smuggling. Currently, an informer gets Rs 1.5 lakh for every kg of gold seized from smugglers through his/her tip-off.

The latest Kerala episode which has brought in the central agencies and focussed on politicians besides bureaucrats is set to make things even tougher to smuggle gold in the coming days.