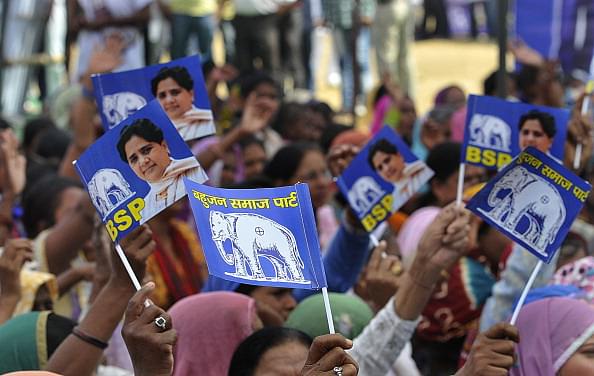 In a historical first, Meerut’s mayor Sunita Verma sought cancellation of cultural events associated with the famous Nauchandi Mela as she believed the events may disturb Muslims while they offer prayers during Ramzan near the venue of the fair. Verma, from the Bahujan Samaj Party’s (BSP), wrote to Municipal Commissioner Manoj Chauhan seeking the cancellation. In her letter, Verma referred to two mosques near the venue, and requested him to issue orders cancelling the events with immediate effect.

The mayor’s call was vehemently opposed by the Bharatiya Janta Party (BJP), whose councillors met Chauhan and demanded the continuation of events. The Municipal Commissioner agreed to their demands and said the cultural events would continue until 19 May as planned. Even though the mayor’s call to practically halt the Nauchandi Mela failed, it is important to look into it and how it strains the city’s cultural fabric.

It is believed that the Nauchandi Mela was started as a small cattle fair in 1762. It derived its name from ‘Navchandi Mandir’ – dedicated to Goddess Chandi. This temple is in the vicinity of the Nauchandi grounds, where the fair is held every year. Over the years, the fair became one of the most iconic features of the city. Except for 1858 – when the fair was not organised because the revolt of 1857 was on –the fair has been organised every year since the late 18th century, and if the mayor’s call had materialised, this would have been first time in its history of three centuries that the fair would have been halted.

It is deplorable that the fair was being called as an event that may have caused religious disturbance. This assertion is not just unfortunate, but also ridiculous. Even in the past when Meerut – a city infamous for its history of communal tensions and violence – was plagued with riots, the fair would continue unabated. In a city beset with riots, the fair would be a beacon of communal harmony. There are plenty of stories to the effect that the old men and women of the city would tell you about. The fair is home to kavi sammelan, mushaira, and other cultural events that bring out the best of Meerut’s culture.

Looking deeper into Verma’s deplorable demand, it fits very well in the broader trend, in which minorities are first portrayed as victims and then proactively appeased, which often coincides with either the suppression of the majority’s festivals, or events, or their antagonisation, as has repeatedly been seen in Bengal. Verma subjected Meerut’s Nauchandi Mela to the same. This trend is further rooted in the strategy that seeks to churn out political cream by playing divisive politics and appeasing minorities, and also targeting internal caste divisions in the Hindu society, as was witnessed in the recent Dalit agitation in the city that turned violent.

Here, it should be noted that Sunita Verma is the wife of Yogesh Verma, a known troublemaker, currently in jail for being the ‘main conspirator’ of the violence in Meerut during the recent Dalit agitation. He has been charged under the National Security Act and has been denied bail by the court. Also, Sunita Verma was earlier herself at the centre of the Vande Mataram controversy.

The call should also be seen as part of a series of desperate moves by the BSP to maintain political relevance. Now that the BSP has been reduced to 19 assembly seats in Uttar Pradesh – its strongest bastion – the party is resorting to every trick in the book to maintain its relevance, which ranges from siding with arch-rival Samajwadi Party, to inciting violence across the state in the name of protests.

Their machinations would not, however, succeed every time. This time, the BSP mayor touched a raw nerve in the city and the city struck back. It was not just the political class of the city that reacted, but also the commoners for whom the call was nothing but a shocker.

It was barely a week ago that the city had celebrated the 161st anniversary of the revolt of 1857, something very dear to people of the city, in which Hindus and Muslims participated equally. It was therefore not the best time to attempt a divide between Hindus and Muslims of Meerut. The mayor has, hopefully, learnt her lesson.