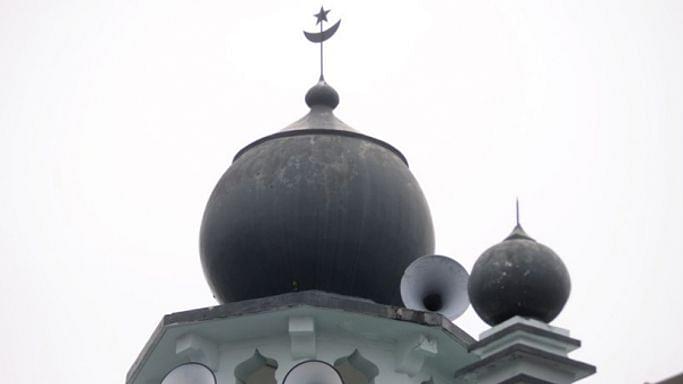 Replying to a right to information (RTI) query, Delhi Police revealed recently that eight mosques, two Madrasas, one dargah and two temples were damaged during riots in Delhi’s Northeast district on 24-25 February. For all these 13 cases, Police had filed separate FIRs and arrested 35 people at the time of reply to the RTI request (9 June).

Police refused to specifically name these 13 sites that were damaged, citing sensitive nature of the information as reason. However, a report published by Delhi Minorities Commission this month has listed 17 such sites that were targeted by rioters. These include mosques, madrasas, graveyards and dargahs.

In communal riots, places of worship of warring religious factions becoming casualties is not a new development. But this time, one thing was different.

One of the chief reasons why mosques became a prime target of the rioters was their active involvement in fanning the Anti-CAA fire that eventually engulfed Northeast district of Delhi in last week of February. Some of the major mosques in the area were cleverly used by organisers to protests against the Citizenship Amendment Act (CAA) passed by the Parliament in December last year.

The organisers picked some important mosques in the Northeast for the sheer number of namazis they attracted, especially in the morning and evening. Tents were pitched near these mosques. While the organisers (Muslim politicians, organisations, etc) provided these sites with anti-CAA material, speakers and activists, the mosques provided organisers with a captive audience which would visit there multiple times a day.

The namazis would hang on at the nearby protest site to hear the speakers pour vitriol against the CAA and the central government. This contributed great deal in spreading misinformation and propaganda around the benign act and polarised the areas in North-east Delhi on religious lines.

Below is the testimony of Salman, one of the main accused in multiple riot cases in Shiv Vihar area, where he tells how the speakers at the anti-CAA protest site near Farooqia masjid used to incite people.

Similarly, below is statement of one Muslim eyewitness who told how the organisers of anti-CAA protest site near Chand Bagh Mazar (which was also attacked later) incited violence.

But there were not just hate speeches which prepared the ground for communal tension in the area. These sites acted as mini Shaheen Baghs and caused great inconvenience to common folks by blocking their way during peak traffic hours in morning and evening when attendance of namazis at the sites would also be at its maximum.

Delhi Police chargesheets filed in riot cases list seven different mosque-cum anti-CAA protest venues which were encroached by certain people under the guise of launching peaceful protests against the government.

But as chargesheets note, ’the said illegal encroachment and occupations of the areas for protest and their continued presence on public streets, continuous sloganeering through mikes/loudspeakers and large gatherings especially during late evening hours not only caused incalculable inconvenience to the commuters and residents but also created extremely tense and polarised atmosphere in the area.’

There are seven such sites that Delhi Police chargesheets have mentioned:

Some of these mosques, which had earned the ire of the rioters, became the targets in the violence on 24-25 February.

Shaheen Bagh, which was well known site across India and was projected as a secular protest venue, is an overwhelming Muslim majority locality. Except causing inconvenience to lakhs of people for weeks, it didn’t lead to communal tensions in the nearby Hindu areas because they were not close enough to hear loudspeakers blare hate speeches round the clock.

North-east Delhi is different. It has mixed population areas where Hindus and Muslim populations live close by. And since the sites where all the hate was emanating from were outside mosques, the mob attacked these places of worship in a frenzy to exact revenge on Muslims who started the violence first by targeting Hindus and their properties as established from scores of FIRs and chargesheets filed by Delhi Police so far.

Muslim community allowed its places of worship to be misused as venues for political purposes from where the vested interests indulged in launching their hate filled rhetoric against Hindu community, Indian State and the present government.

But there is an important takeaway for the government also from the way things unfolded: it’s not wise to let the wounds fester. The central government, under the aegis of Home minister Amit Shah committed a blunder by allowing the Anti-CAA crusaders to continue their illegal occupation of Shaheen Bagh road, an important link between Delhi and Noida. This act emboldened these crusaders to establish mini Shaheen Baghs (exactly a month after occupying that road) intelligently near the mosques in areas which had significant Muslim population. The rest is history.

Had the government acted in time and nipped the problem in the bud, Northeast Delhi could’ve been spared all the pain it went through.