How Much Of The Left Is Likely To Be Left After Kerala 2021? 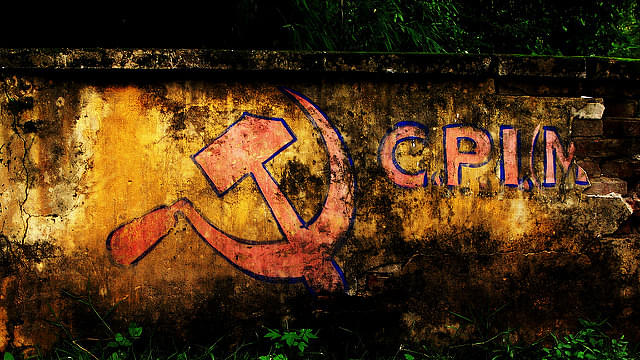 The Bharatiya Janata Party (BJP) dealt a blow to the Communist Party of India (Marxist), or CPI(M), in one of its few remaining bastions in Tripura last month. The scale of the defeat was mammoth. The CPI(M), which was leading in all 60 constituencies in the May 2014 Lok Sabha election, was reduced to 16 seats. Once the third-biggest force in Indian politics, the party is now being increasingly reduced to a non-entity.

From 1980 to 2004, the party tally has been more than 30 seats in Lok Sabha elections. It had a crucial role in government formation in the years 1989, 1996, and 2004, providing outside support. Today, the party remains in power in only one state, Kerala, where the BJP is already giving it a run for its money. In West Bengal, where it ruled for 34 years, the party is fast ceding space to the BJP.

Chief Minister Banerjee has taken over Bengal and is the new left for the state in many ways. The BJP’s tally of two seats was similar to the CPI(M)’s in Lok Sabha election 2014. In state elections in 2016, the CPI(M) tied up with their erstwhile bête noire, the Congress, to try and defeat Banerjee. The result was unexpected – CPI(M) lost its position of main opposition to the Congress as the latter bagged more seats, 44 versus 26.

In bypolls since May 2014, the BJP has performed better overall than the CPI(M) and the Congress in the state. Ten seats (assembly plus Lok Sabha) have gone to polls, of which the BJP has won one seat and finished runner-up in five. The CPI(M) has failed to win any seat. Banerjee also increasingly considers the BJP as her main threat. Relaxing the blanket ban during Rama Navami celebrations speaks to this fact, and is similar to the soft Hindutva strategy adopted lately by Congress chief Rahul Gandhi.

BJP is competing hard against CPI(M) in Kerala

Kerala has displayed a tendency to throw out incumbent governments since its inception. Going by that pattern, the party is set to lose in 2021 when the state election is due. The CPI(M) is the Hindu party in Kerala and the Congress, the party of minorities. In a state which has a half-Hindu, half-Muslim-and-Christian population, power has oscillated between the two parties. With its growing presence, the BJP is now competing hard against the CPI(M) for the Hindu vote. It has managed to make breakthroughs among Ezhavas and Nair voters. This is making the CPI(M) jittery.

The state has seen hundreds of killings of Rashtriya Swayamsevak Sangh and BJP workers under CPI(M) rule. The BJP is likely to emerge as a strong force in 2021, making the contest triangular. All future elections after 2021 could be a contest between the BJP and the Congress. The CPI(M)’s last fort is under the threat of falling. With a strong push for Dalits and a strategy to woo the Christian community in line with Goa, the BJP can reach the 25-30 per cent mark, which would be enough to put it in contention in a three-way contest.

The CPI(M) seems to suffer from a disconnect with young voters, who form two-thirds of the voter base. It appears that the party has failed to recognise the aspirations of the modern youth and tweak its policies and programmes accordingly. It needs a serious fine-tuning of its ideology in line with the changing times.

The party is also suffering due to infighting among Kerala (Karat) and Bengal (Yechury) factions. After the party was thrown out of power in Bengal, the Kerala faction has been able to gain control and call the shots. This is hurting the party. Young leaders like Ritabrata Banerjee have been suspended from the party for allegedly indulging in a ‘lavish lifestyle’.

The left has thrived on class politics over the years. It stood to fight for the rights of the poor and downtrodden. In today’s times, trade unionism is on the wane, however. The rise of the aspirational middle-class has somewhat diluted this power struggle in society. Nowadays, across India, it is caste politics that is the dominating factor. Elections are now about social engineering and forming an unbeatable umbrella of caste alliances. The left is struggling to adjust to this new phenomenon elsewhere in India.

Conventional wisdom portrays the left as socialist or welfarist and populist, while the right is viewed as a champion of capitalism, open markets, and business. However, in a complex country like India, BJP or Congress governments continuously strive to strike a balance between the two approaches. Pro-poor schemes like farm loan waivers, employment under Mahatma Gandhi National Rural Employment Guarantee Act, right to food and so on, have been adopted by both BJP and Congress governments.

The left is facing an existential crisis in India. The sooner it realises that the party cannot carry on with its age-old policies and has to adapt to the new environment, the better it will be for the left-wing movement in India.

The real test will arise after it loses power in Kerala in 2021. Out of power across India, a lack of young leaders (CPI(M) Politburo average age is 60, versus 29 of India) and a lack of resources could make the party history.