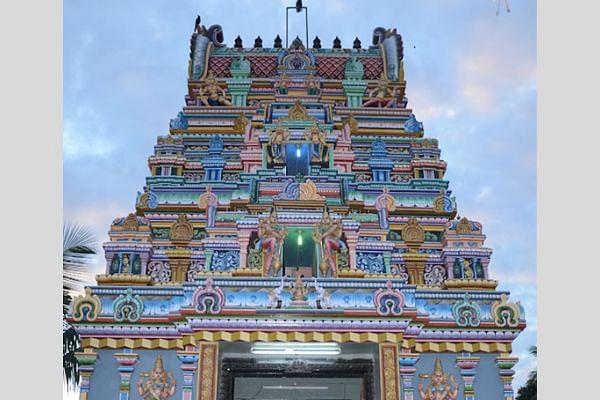 The Madras High Court has yet again come to the rescue of a temple in Tamil Nadu. The court stepped in last week to save the properties of the Arulmigu Agastheeswarar Temple in uptown Nungambakkam area in the heart of Chennai.

In its 19 February order on a petition filed by J Mohanraj against sale of various temple properties, a bench comprising justices S Manikumar and Subramonium Prasad ruled that sale of lands belonging to the temple is void ab initio or not legally binding.

The judges, in particular, referred to Section 34 of The Tamil Nadu Hindu Religious and Charitable Endowments (HRCE) Act, 1959.

The HRCE Act, which came into force on 1 January 1960, has various provisions on how temples should be administered. The HRCE Act was based on an earlier law that was imposed by the British rulers before Independence.

Under Section 34 of the HRCE Act, any exchange, sale or mortgage and any lease exceeding five years of any immovable property belonging to or endowed to a Hindu religious institutions is null and void if it is not sanctioned by the HRCE Commissioner. The commissioner should deem it to be beneficial to the institution to which the property belongs.

Mohanraj told the court that he had made representations to the HRCE Commissioner against the sale and lease of lands but no action was taken on them. In particular, he said many lands of the temple had been sold invoking provisions of the Madras City Tenants Protection Act, 1921.

The counsel for HRCE Department told the court that the commissioner had received representations from Mohanraj as well as tenants of temple lands. The tenants had filed responses under Section 9 of the Madras City Tenants Protection Act seeking direction to sell the temple lands to them.

Lower courts had allowed the applications filed by the tenants, resulting in the occupation of temple lands. The court said Section 1(3)(f) of the City Tenants Protection Act exempted properties of religious institutions from the purview of the Act. This clause was introduced as an amendment in 1996.

The court said Section 109 of the HRCE Act specifically stated that Limitation Act will not apply to any suit for possession of immovable property belonging to any religious institution or possession of any interest in such property.

Referring to the HRCE counsel’s argument that sale of temple lands had been allowed under the Madras City Tenants Protection Act, the judges said that the temple had been asking its tenants to evict since 1925 and ordered that the authorities could recover lands sold in violation of the provisions of HRCE Act.

Before this, there have been at least a couple of rulings by the Madras High Court asking the HRCE Department to act to protect temple lands.

First on 12 February, Justice R Mahadevan ordered that all temple properties for which rents were due be identified besides other properties that are illegally occupied.

He ordered the setting up of a committee to issue notice to the defaulters and fix a fair rent, reflecting the market trend for these properties.

Another ruling was on 31 October last year when the Madurai Bench asked the HRCE Department to upload on its website details of defaulters of rent to over 44,000 temples in the state.

Both the rulings are yet to be complied with fully. In the present case of Agastheeswarar temple, the High Court has asked the HRCE Department to positively consider the petition of Mohanraj to recover the temple lands.

Given the tardy implementation of court rulings by the HRCE Department, it is likely that the officials will continue to drag their feet.