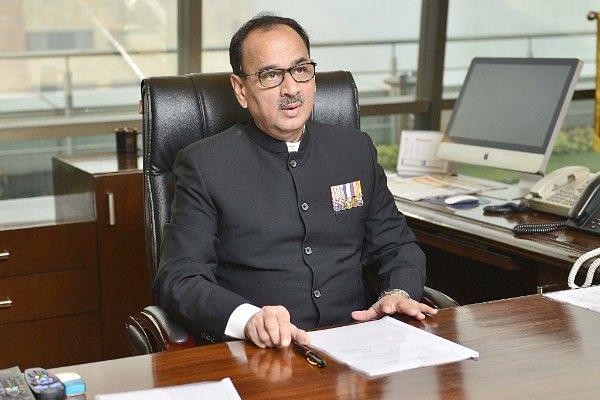 On 13 February 2011, popular Sufi singer Rahat Fateh Ali Khan, a Pakistani national, and 16 members of his troupe, were detained by personnel from the Department of Revenue Intelligence at the Indira Gandhi International airport in New Delhi.

Khan was allegedly caught carrying Rs 56 lakh ($1.24 lakh) in cash that was not declared to the authorities. On interrogation, Khan told the officials that the money was the fee that he had received for his performance at a farmhouse in Delhi, where the daughter of millionaire meat trader Moeen Akhtar Qureshi got married.

No one at that point had guessed, that the case involving Qureshi, who was also alleged to have a hawala channel abroad, would drag on continuously, involving three directors of the Central Bureau of Intelligence (CBI) and finally result in the ouster of the agency director, Alok Verma.

After Khan’s interrogation, the CBI took three years to file a case against the meat trader, who owns some of the largest slaughterhouses in the country. In 2014, raids were conducted at various places that belonged to Qureshi or where he had established links.

The CBI investigation, in fact, brought to light the faults and corruption within the premier investigation agency of the country. Names of former CBI chiefs A P Singh and Ranjit Sinha have also cropped up along with that of Verma.

While conducting investigations, the CBI found out that Qureshi’s daughter Sylvia’s firm S M Production had received contracts to organise Diwali celebrations for the agency in 2012. The contract was issued by the then director of the CBI, A P Singh. His successor Ranjit Sinha also gave Sylvia the job of organising a home function in April the following year, at a cost of Rs 33.5 lakh.

When the CBI conducted raids on Qureshi’s premises, it found suspicious messages on his Blackberry addressed to A P Singh. One of the messages was whether a “500-word or 1,000-word essay was good” while seeking information about the size of jacket. Singh responded that he preferred “500-word” essay, 40 size jacket whose collar size was 16!

In another message that the CBI found, Qureshi wanted to know if Singh wanted back any documents from a file that he had earlier left with him. The then CBI director said he wanted “some very small papers”.

These cryptic Blackberry messages made it clear that the millionaire meat trader was seeking Singh’s help in his personal cases that CBI was probing. In another message, Qureshi sought Singh’s intervention in a case that former Bank of India chairman T S Narayanaswami was facing. Narayanaswami was allegedly among a consortium of bank chairmen, who decided to given an additional Rs 2,000 crore as a loan to fugitive businessman Vijay Mallya’s Kingfisher Airlines in 2009. Singh, however, expressed his helplessness as the charge-sheet had already been filed.

The then attorney Mukul Rohatgi had questioned the relationship between Sinha and Qureshi in the Supreme Court in 2014. Singh, who had by then become a member of the Union Public Service Commission, resigned after the government toyed with the idea of sacking him under the provisions of Article 317.

The CBI also got hold of messages that were exchanged between Qureshi and Singh’s successor Ranjit Sinha. It came across the logbook at the former CBI director’s residence that showed the meat trader called on him multiple times despite the ongoing probe.

Some of the messages that were exchanged between them were concerning a businessman Pradeep Koneru, whose father was being investigated in a disproportionate assets case filed against YSR Congress leader Jaganmohan Reddy.

The CBI also recovered proof of Qureshi meeting Sinha with Koneru. Noted Supreme Court lawyer Prashant Bhushan, who represents the NGO Common Cause, had told the apex court that the Qureshi met the CBI director 70 times within 15 months.

The CBI unearthed evidences from the Blackberry, which pointed towards several of the accused in the coal scam case getting in touch with Sinha through Qureshi. Though the former CBI director denied all these charges, a special investigation team found the allegations to be true.

In the case of Alok Verma, the Qureshi story has continued but in a different direction. One of Qureshi’s associates came under CBI scrutiny for transactions of over Rs 50 lakh. The CBI caught up with the associate Sathish Babu Sana in September last year.

When he was set to be arrested, Sana turned complainant and gave a statement to the CBI that he had allegedly paid a bribe of Rs 2 crore to Verma through Telugu Desam Party Member of Parliament C M Ramesh.

Rakesh Asthana, a special director at CBI who was asked to proceed on leave after his tussle with Verma, sought permission for Sana’s custodial interrogation but Verma turned it down. The CBI special director, in turn, escalated the issue up to the Cabinet Secretary. In the interim, the CBI recorded a statement from Sana under Section 164 CrPC before a magistrate, where he alleged that Asthana was paid Rs 3 crore in bribes in December 2017 through a middleman Manoj Prasad, who is based in Dubai, and his brother Somesh Prasad.

This resulted in the filing of a FIR against Asthana, while Manoj Prasad was arrested in New Delhi when he returned from Dubai. On Friday, the Delhi High Court dismissed a petition from Asthana seeking to cancel the First Information Report (FIR) filed against him.

On Friday (today), Verma quit the services claiming that he was not given a fair treatment by the panel headed by Prime Minister Narendra Modi. The premier investigation agency also arrested Devendra Kumar, an officer of the Deputy Superintendent of Police rank, in this connection. Kumar was reportedly close to Asthana.

What clinched the transfer of Verma from the CBI to the fire services was the Central Vigilance Commission (CVC) finding him guilty of influencing the Qureshi case. The CVC said that the shunted CBI director’s role was “suspicious” and there was “prima facie evidence” against him. This is apart from the CVC finding fault in four of the other complaints made against Verma.

The problem with the former CBI director is that he did not provide the details the CVC asked for. That, in the final scheme of things proved to be his undoing.