How They Say The CPI(M) Rigs Elections In Tripura 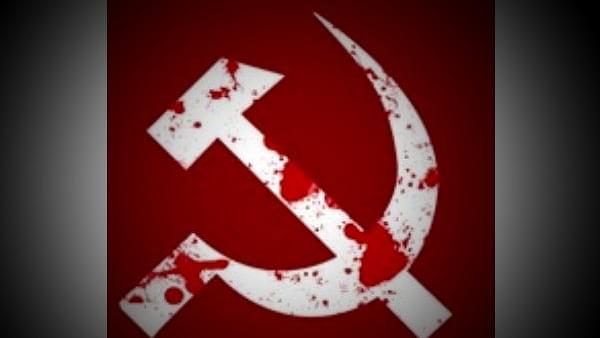 Is the price of the continued Communist rule in Kerala lives of RSS workers?

A study of the political landscape and history of Tripura would reveal that the CPI(M) has, over the years, perfected the technique of rigging elections. The entire process is a very scientific one and the party's election machinery which it deploys to rig polls is a well-oiled one.

There are many tactics that the CPI(M) deploys in a step-by-step and coordinated manner. They are:

1) Inflating the electoral rolls with names of fake voters:

There are, says former director of census operations Krishnadhan Nath, an estimated 1.7 lakh fake voters in the electoral rolls of the state. The revision of electoral rolls is an exercise carried out by state officials, almost all of who are aligned with the CPI(M). Nath says that these officials include names of fake voters in the rolls at the behest of CPI(M) leaders.

On the day of polling, CPI(M) cadres vote for their party on behalf of these fake voters. The process, of course, is aided by poll officials who, again, are state government employees as well as lower level policemen who are all CPI(M) supporters.

CPI(M) cadres and musclemen create a climate of terror and fear in the run-up to the elections. They physically restrain opposition candidates from canvassing, disrupt opposition rallies and election meetings and issue threats, overt and covert, to opposition workers and voters. Very often, especially in the rural and semi-urban areas, they stop known supporters of Opposition parties from voting.

In the run-up to the day of polling, and especially the day and night before polling, CPI(M) cadres and muscle men make rounds of villages and towns in bikes armed with rods and lethal weapons to create a climate of fear.

4) The actual rigging takes many forms:

(A) Impersonating voters: This happens mostly with known supporters of Opposition parties, especially in the rural and semi-urban areas. The genuine voters are asked to stay at home and their votes cast by CPI(M) cadres with the help of pliant polling officials.

(B) Booth-jamming: The CPI(M) deploys a few score fake voters to queue in front of booths around mid-morning and noon when most people go out to vote. These fake voters, whose names don't figure on the rolls of that particular booth and who don't have any documents, argue with polling officials and take a lot of time. As a result, the genuine voters have to wait for long periods and many ultimately lose their patience and return home without casting their votes. Their votes are then cast by the Marxist cadres.

(C) Booth-manipulation: This consist of a series of manoeuvres. The EVM in most booths are placed near an open window in full or partial view of CPI(M) cadres. Voters are told and warned that they would be watched and any 'mistake' (read: voting for anyone other than the Left candidate) would cost them dear.

In connivance with pliant polling officials, communist cadres also reduce the heights of the enclosures around the EVMs and voters are again told they would be watched.

Poll agents of Opposition parties are often told to stay away from the polling stations or are beaten up and chased away. As a result, there is no representative of any opposition candidate to protest the rampant malpractices and rigging in polling stations.

(D) 'Blind' voters: Tripura has an exceptionally large number of 'blind' voters who need assistance to cast their votes. Opposition parties say that in the 2013 Assembly polls, an estimated 30,000 voters turned blind, an exceptionally high number in a state with 24 lakh voters.

What happens is that meek and terrified voters with perfect eyesight are told to ‘act blind’ by CPI(M) cadres and taken to polling booths where pliant poll officials accept their 'disability' and allow CPI(M) cadres to escort them to the EVMs. It does not need much intelligence to figure out in whose favour the votes are then cast.

5) Trickery: This can assume various forms. In the 2013 Assembly polls, for instance, the CPI(M) made replicas of EVMs and held demonstrations for voters in rural and semi-urban areas a couple of days before the polls. Gullible voters were told that pressing the button in favour of the Left candidate would emit the actual sound while doing so in favour of other candidates would result in the EVMs emitting other sounds. The voters were thus duped into believing that the CPI(M) polling agents inside the polling stations would get to know from sound emitted by the EVM who they had voted for. The result: they voted for the Left candidates out of fear.

6) 'Managing' police and Central forces: While the pliant and politicised state police do the CPI(M)'s bidding anyway, the deployment of Central forces is decided by the police at the local level. Thus, the Central forces are kept away from polling stations when the cadres are indulging in malpractices and from areas where they are intimidating voters. On the day of polling, CPI(M) cadres openly threaten voters and indulge in violence to terrorise people. They also warn voters they suspect of being Opposition sympathisers of dire consequences after polling is over. A common threat is: "The Central forces will go away after polling. Who will protect you then?". Such threats work, and when voters see that the CPI(M) cadres have 'managed' the Central forces with the help of the police, they get demoralised and succumb to the CPI(M)'s threats. The whole purpose of deploying Central forces is thus defeated.

7) Winning over Central Observers: This a very subtle and high-stakes operation carried out very discreetly. As soon as Central poll observers land in state capital Agartala, the red carpet is rolled out for them. They are given VVIP treatment, expensive gifts and treated to lavish, multi-course meals. Some upright officers refuse such hospitality, but most don’t and they are thus co-opted. They then turn a blind eye and ignore the nefarious machinations of the CPI(M) cadres in the run-up and on the day of polling. The CPI(M) uses its formidable army of ‘intellectuals’, both in Agartala and in the rest of the country, to reach out to these bureaucrats who are deployed as poll observers in Tripura. Left intellectuals--writers, litterateurs, academics, members of leading think-tanks, artistes and former and serving bureaucrats themselves--are well networked and command a lot of fan following in the country’s bureaucracy. This is leveraged in favour of the party during elections.

In a state where constituencies are small with modest electorates, a difference of a few hundred votes is crucial. Thus, even if the poll process is rigged in a few dozen booths in a constituency, the results can easily be swung in favour of a candidate. In the 2013 Assembly elections, for instance, the margin of the CPI(M) candidate’s victory in one constituency was just 65 votes. In 25 constituencies, the winning margins varied from 200 to 2000 votes, from 2000 to 3000 votes in ten seats and above that in 14 seats. Thus, every vote in Tripura is crucial.

Note: The CPM’s rigging tactics have been compiled after interviews of former bureaucrats, including Krishnadhan Nath, and former CPM cadres as well as this writer’s own experience in West Bengal that was ruled by the Left for 35 years till 2011. The former CPM cadres interviewed included one who was the key CPM cadre in Khowai (where the CPM was born in Tripura and from where it spread its wings throughout the state) who was in charge of that party’s poll machinery. He has since joined the BJP.

Also read: BJP looks set to wrest Tripura from CPI(M), but it’s not over till the last vote is cast