‘I to We’: Why Volunteerism Has Become One Of The Pillars Of PM Modi’s Approach To Governance 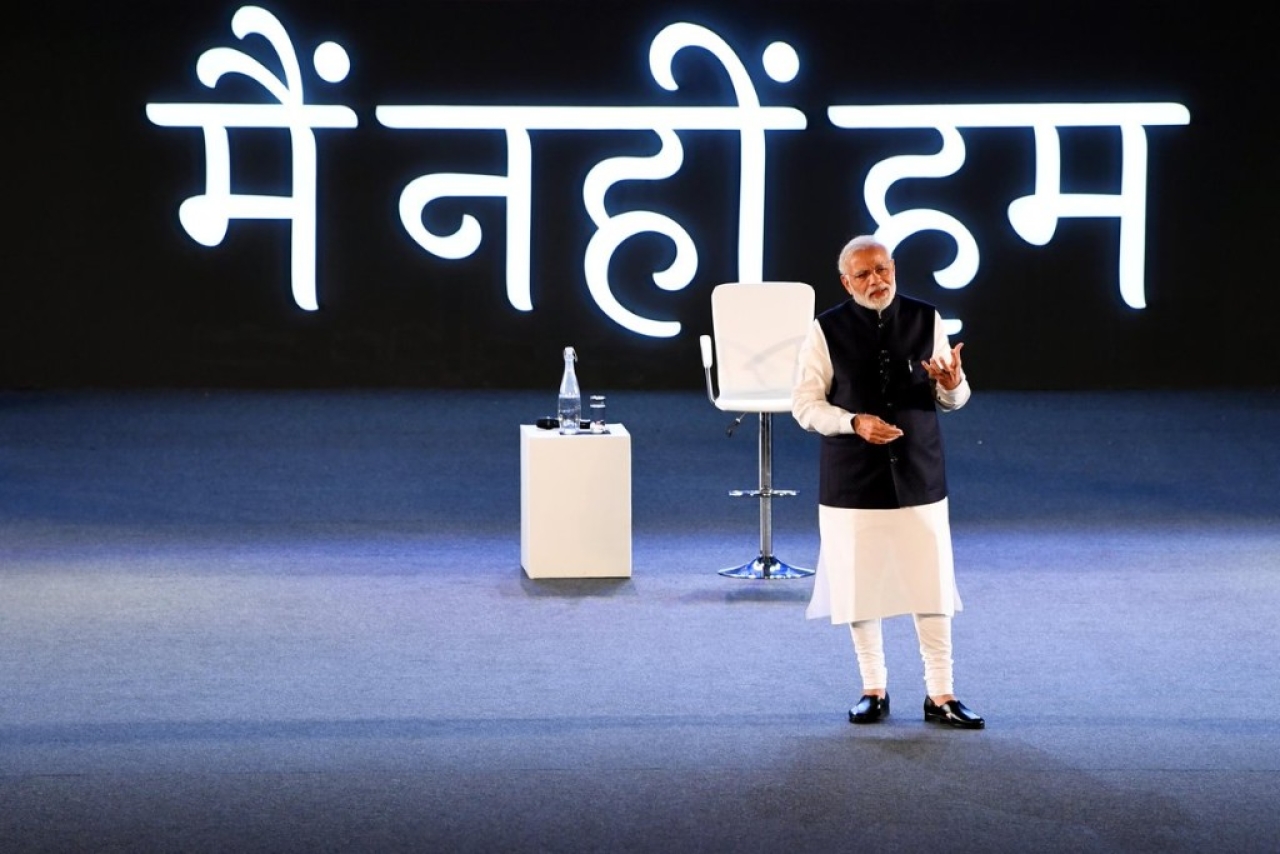 It is easier to sit and lament the state of affairs than actually doing something to bring in the change. A usual refrain of the educated pertains to a lack of direction. In this regard, a beginning seems to have been made with the introduction of ‘Self4Society’ mobile app.

The spirit of service and sacrifice is not a concept alien to our nation. In fact, world over, the greatest tides of transformation in the darkest hours have been a result of collective endeavour. India, too, had its fair share of struggles, even after a hard-fought independence was won. Remember the time when a food crisis hit the nation and the then Prime Minister, Lal Bahadur Shastri called the nation to give up one meal a week? In that moment of sacrifice, we won a bigger battle as a nation.

Though there is a chasm between India of yesteryears and India of today, the sentiment to give back remains alive. One has to give it to Prime Minister Narendra Modi for reawakening that spirit that might have dispersed in the absence of a coherent path. In the past four years, a call for action has become a constant theme of all of the Prime Minister’s interactions. The intention behind the recurring reminders is not an exercise in rhetorical brilliance but to actually remind each and everyone their indispensable role in making of a New India.

While addressing the chartered accountants on the day of the launch of the Goods and Service Tax (GST), he called on them to think of the higher set of values, even if they are servicing their clients. The fact that the biggest tax reform sailed through smoothly, despite the teething troubles, is testimony to what power of collective resolve can do. Even India’s sportspersons have been enrolled in the national project that aims at winning Olympic medals.

The motivation to think of a cause bigger than oneself is the need of the hour. Unless all steps are retraced to a common goal, the endemic issues facing the nation will take years to resolve. In light of this, reaching out to India’s brightest minds suggests a much larger vision foreseen by the head of the nation. First of all, the urgency to make things happens is apparent in the call. Secondly, it makes use of technology to gather efforts towards a common goal. The Prime Minister in his talk referred to ‘taqneek’ (technology) defining India’s ‘taqdeer’ (destiny). This sentiment emanates from his belief that sees technology as a force multiplier.

The tech eco-system has the capabilities and the acumen to accelerate the pace of change. In a young country like India, technology is not a hurdle, it is a facilitator. With the phone, one can access any kind of information known to the mankind from the remotest corners of the country. This is the power of technology. By integrating logical abilities with human empathy, one can find sustainable solutions for long standing problems.

Almost all of the policy decisions taken by the government have an embedded technological apparatus, either to streamline the framework or create a responsive and efficient feedback loop. The Swachh Bharat Abhiyan and the rural electrification programmes for example, have live dashboards measuring the outcomes on real-time basis. It has created a sense of accountability for all the stakeholders, including those who are enrolled in the democratic project as voters. Every milestone, thus, leads to a wave of positivity, especially among the young and the restless that things are changing for the better.

Similarly, the app to provide a platform for self-motivated professionals to volunteer is a novel idea that institutionalises volunteerism. With the abundance of India’s IT skills, that are recognised globally, giving India’s young just the right amount of motivation would be instrumental in setting new grounds for social change.

Obviously, one cannot be blind to the echoes of cynicism that question the need for tax paying citizens to venture into social action. Is that not the duty of the government? Haven’t taxpayers done enough by contributing to the nation’s coffers? No doubt the critical role an honest tax payer plays is worth appreciating but does it provide the same satisfaction one feels when feeding a hungry child or taking up the broom to clean your neighbourhood? Prime Minister Modi expressed in very succinct tone the need to dedicate oneself for the service of others. He said paying tax is ‘prakriti’ (nature), evading tax is ‘vikriti’ (perversion), but doing more than paying tax is ‘samskriti’ (culture).

Unless we take the onus on us to answer the cry of our conscience, the sense of contentment remains elusive. Therefore, it is important that we aim for a something higher. Something that is for the greater good.

During the Prime Minister’s interaction with the corporate players in the IT and electronic manufacturing sector, a new facet of the corporate class came into focus. They were not talking profits, but their contribution to the society. Some of the star volunteers of the Corporate Social Responsibility (CSR) initiative were brimming with satisfaction for having given back to the society as well as ideas to further the cause of social change. It was endearing to witness the faces of hope emerging among the most hard-working, innovative and smart go-getters who thrive on the strength of their passion towards their job as well as compassion towards society.

In coming days, the spirit of volunteerism will only gather steam with more and more people taking out time to get involved. With the corporates backing it, one can expect improved outcomes and targeted actions with emphasis on affordable, accessible and simple technological solutions. With the latest innovation in the social sector, the corporate culture is bound to go beyond profits into the realm of nurturing societies.