If 15th Finance Commission Has Indeed Proposed A Separate Fund For Defence, This Is What It Will Mean For Centre And State Finances 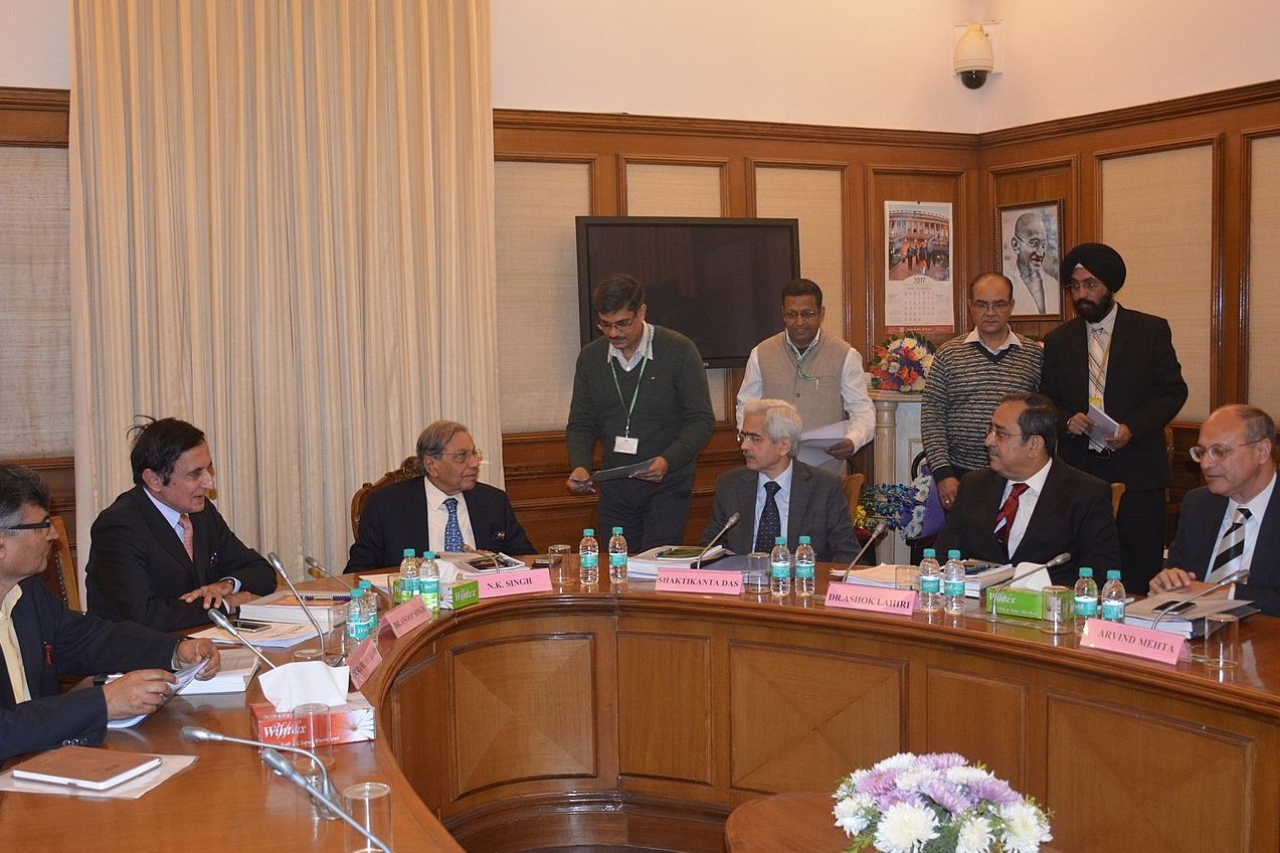 A meeting of the 15th Finance Commission (via Wikimedia Commons)

The 15th Finance Commission has submitted its report to the government, and many speculate the creation of three separate pool of funds instead of two for the Consolidated Fund of India.

Consider this. At present, the Consolidated Fund of India has two components – states and the central government - but the new report may have proposed an additional component for defence.

This effectively means that the burden on central funds to meet defence expenditure would substantially reduce and it may end up freeing up critical fiscal space.

A separate pool for defence would ensure adequate provisioning for not just salary and pension bills but also for enhancement of existing hardware combined with defence acquisition.

It would also result in an effective contribution of different state governments towards our strategic interests and the overall defence budget.

If indeed the 15th Finance Commission has proposed a separate pool for defence funds, then the move must be welcomed, as a major part of the current defence budget is spent on salaries and pensions, leaving little room for defence acquisition.

While One Rank One Pension (OROP) is likely to have added to this stress, one must, however, remember that it was a promise made since decade and was a matter of dignity for our brave soldiers who put their lives at risk daily to protect our individual freedom.

It is difficult to imagine a stiff opposition to this move, given that it concerns national security. However, several state governments are likely to create an issue if this is indeed the case.

However, the quality of expenditure by states has been poor and the recent farm-loan waivers don’t add to the credibility of state leaders in terms of use of a major part of these funds for investment in human capital or infrastructure.

As far as its implications for state finances are concerned, Chief Ministers and their respective finance ministers should come together to further simplify the Goods and Service Tax and work towards improving compliance under the indirect taxation regime.

It is only through higher growth rates that we will witness robust tax collections, which can then help governments meet their expenditure commitments.

Moreover, while there’s a lot of pressure on the Central government for privatisation, many forget that state-Public Sector Undertakings (PSUs) are equally inefficient and own prime assets (including real estate) in some of our major metropolitan cities.

One indirect advantage of a reduction in the resource pool available for states would be an increased urgency within the states to undertake growth-enhancing reforms and look at disinvestment as a source of revenue in the short run.

Moreover, simplification of GST is more likely to be successful once states realise the possibly of higher compliance through a simpler structure.

The Central government, however, must continue with consolidation of its subsidies, especially food and fertilizer subsidies, in order to further enhance the fiscal space available for critical investments in infrastructure and human capital.

The 15th Finance commission has indeed provided an opportunity for improved fiscal management – however, Central and state governments need to seize the moment and make the most of it.