If Anurag Thakur Wants To Prove A Point To SC, He Should Create A Rival To BCCI 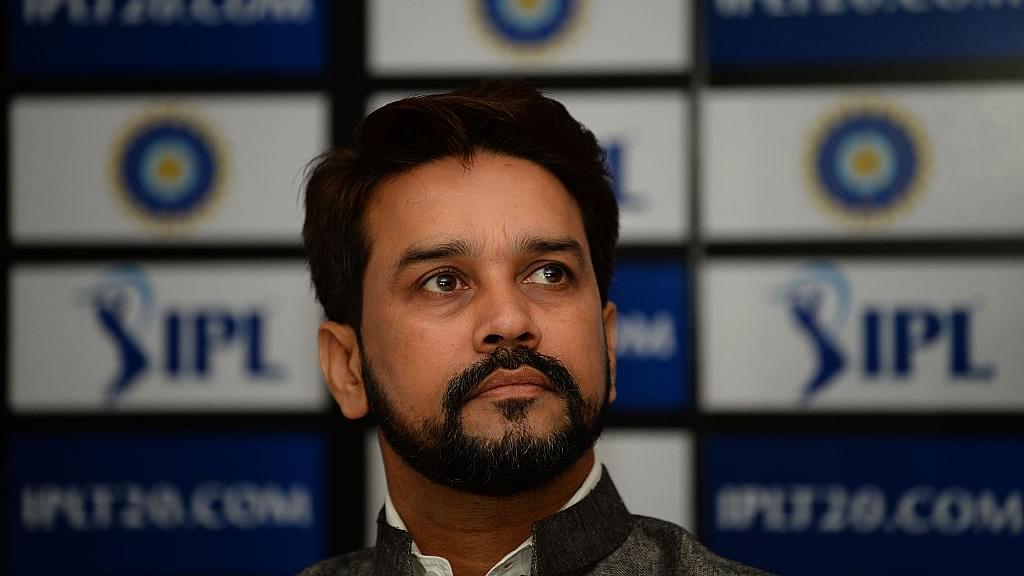 The Supreme Court, which ill-advisedly decided to declare the president of the Board of Control for Cricket in India (BCCI) as “unfit” to run the board, has provided India an opportunity to create a genuinely competitive and cleaner environment for the sport in India.

In a Thakur versus Thakur contest, one Thakur, the recently retired Chief Justice T S Thakur who headed the Supreme Court bench, ousted another Thakur, Anurag Thakur, chief of the BCCI.

But the game is not over, and the cricket Thakur can make a comeback if he has the cojones for it.

The remedy for any organisation run like a closed club of vested interests is competition. The mere takeover of the BCCI by a court-appointed panel of above-board managers is no guarantee that the BCCI will be run cleanly in the future. Once the court’s attention moves on, the board, assuming it remains a monopoly, will sink back into its old ways. A new cabal will emerge, which may put the interests of the game and the players below that of its own controlling interests.

So don’t hold your breath for miracles from a Supreme Court-mandated BCCI. An antiseptically-run game is unlikely to set pulses racing on the greens.

The logical thing for Anurag Thakur to do is to form a rival cricket league to challenge the BCCI. This will prove two points: that the court had no business messing around with another private cricket body, the BCCI. And secondly, it will prove that cricket can be administered better even without the court’s ministrations.

The Supreme Court is anyway gunning for him. It is looking at whether Thakur is guilty of contempt of court for refusing to implement the Lodha panel recommendations for BCCI reform in toto.

Thakur can cock a snook at the court without inviting its wrath by showing the world – along with other former BCCI powers and high-profile players – that he can create a rival to the BCCI.

There are many precedents where competition has dented established monopolies that were run waywardly by a clutch of powerful players.

When Kerry Packer launched his rebel World Series Cricket for day-night matches (dubbed pyjama cricket by its critics) in the 1970s, the International Cricket Council had to respond. Packer had a beef with the Australian Cricket Board (ACB) which had refused to accept his Channel Nine’s TV rights bid for Australia’s test matches. He then secretly signed up players like Clive Lloyd and Greg Chappell, apart from established players from all over the world, and launched his own competition. The Packer format led to financial stress at the ACB, and in due course they worked out a compromise.

In India, Subhash Chandra of Zee TV tried to do a Packer by launching a rival league for T20, the Indian Cricket League. The BCCI immediately launched its hugely successful Indian Premier League (IPL) to scotch Chandra’s efforts in the bud. Sadly, Chandra did not back up his challenge with enough cash, and BCCI’s IPL triumphed. Monopoly can be challenged only by money and staying power.

An example from another field is the Indian stock market. The hugely-successful Bombay Stock Exchange (BSE) too was run like the BCCI – by a cabal of brokers, often serving their narrow interests rather than that of ordinary investors.

The government, to teach the recalcitrant brokers of the BSE a lesson, asked its financial institutions to launch the National Stock Exchange (NSE) to break the grip of this cabal. Where the BSE depended on a physical trading ring, the NSE adopted a technology-based trading platform and ultimately won the war for volumes.

It is no one’s case that the BCCI has been run well or even transparently. But it does not follow that the Supreme Court is better equipped to decide who will do that job better than Anurag Thakur.

The mere fact that the BCCI is rolling in money suggests that it has made the sport lucrative, which is one sign of success.

That there are many bugs to be fixed in the BCCI is also certain. But the way to fix it is through competition, not a top-down intervention by the Supreme Court. It is quite possible that the people appointed to run the BCCI will be looking over their shoulders for appreciation from the courts, not the fans.

Anurag Thakur, or anyone with a Rs 1,000-and-odd crore war chest to wager on cricket, can do the game a good turn by challenging the BCCI’s monopoly.