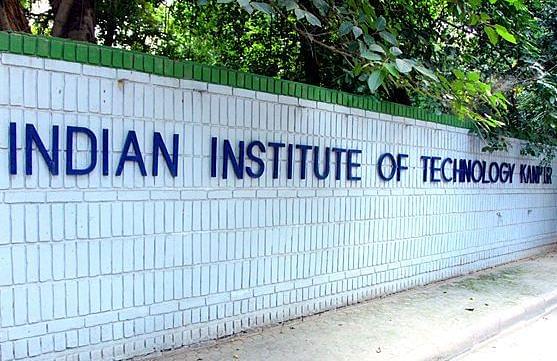 The Supreme Court of India, on 19 August, issued notices to the four accused professors of the Indian Institute of Technology (IIT)-Kanpur, along with the station house officer (SHO) of Kalyanpur police station in Kanpur and senior superitendent of police (SSP) of Kanpur Nagar.

The notices were issued in a Special Leave Petition filed on behalf of a young IIT-K faculty, Subrahmanyam Saderla, against an Allahabad high court judgement on 5 March that quashed an FIR filed by Saderla against the professors in November 2018, accusing them of caste harassment. Based on Saderla’s statement, the Kalyanpur police had booked the four professors - C S Upadhyay, Rajiv Shekhar, Eshan Sharma, and Sanjay Mittal – under the Scheduled Castes and the Scheduled Tribes (Prevention of Atrocities) and the Information Technology Act.

Subrahmanyam Saderla, who belongs to a Scheduled Caste, joined IIT-K’s aerospace department in January 2018. From early on, he was allegedly subjected to caste-based discrimination and social ostracisation at the hands of the accused professors. Three inquiry committees found out that the professors had disparaged Saderla as unsuitable for recruitment into IIT-K, their primary grouse being that an allegedly undeserving candidate was gaining acceptance because of ‘special or caste-based’ considerations.

The three inquiry committees were: a fact-finding committee of IIT-K; a committee of the National Commission of Scheduled Castes, and a one-man committee of a former judge at Allahabad high court, Justice Saeed-uz-Zama Siddiqi.

One of the accused professors, Rajiv Shekhar, was found to have written a public email to the entire list of senators of the institute, calling Saderla’s recruitment as a “curse”. “Every ten years an incident occurs which shakes the foundation of academics at IITK. The curse has struck again,” Shekhar’s email said.

After the committees held the professors guilty of caste-based harassment, an anonymous email was sent to the IIT-K head accusing Saderla of plagiarism in his PhD thesis which he had earned from IIT-K itself three years earlier. In a controversial decision, the IIT-K director, Abhay Karandikar, ordered a re-examination of the PhD thesis. About a year later, that is in September 2019, Saderla was cleared of plagiarism charges by a high-level committee. It is believed that the anonymous email was a handiwork of one of the accused professors. However, no inquiry was ever set up to find out the source of the anonymous email.

Soon after the email casting doubts on his PhD thesis, another anonymous email had accused Saderla of plagiarism in his MTech thesis. Sensing the emails as motivated and a ploy to harass him for speaking up against caste discrimination, Saderla had filed an FIR against the four professors at Kalyanpur police station on 18 November 2018. Allahabad HC ordered for quashing of the FIR earlier this year.

The plea in the apex court against the HC order states that mere mentioning of a wrong section or provision of an Act in the FIR is not sufficient to quash or invalidate the FIR. The law does not require the mentioning of all the ingredients of the offence in the FIR. It is only after a complete investigation that it may be possible to say whether any offence is made out on the basis of evidence collected by the investigating agency, it says.

Swarajya has been covering the case since it started in 2018. Here are the reports in a chronological order:

Cleared Of Plagiarism Charge, IIT Kanpur’s Dalit Faculty Opens Up On How He Coped With Humiliations & Jibes Of  Being A ‘Curse’