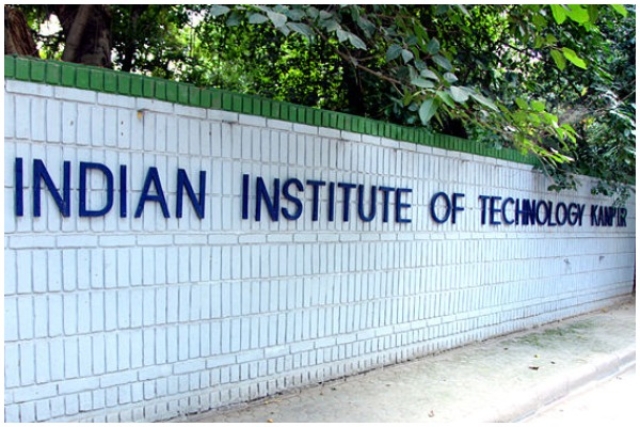 The new year 2020 may have begun with mainstream media publishing fake news.

On 1 January, a number of media publications put out a report with the headline ‘IIT Kanpur to decide if Faiz poem is anti-Hindu’ or a slight variation of it.

“After a teacher filed a complaint against the solidarity march, a probe committee was formed to investigate three issues: Whether the students defied prohibitory orders, the social media posts they shared ahead of march and if the poem of Faiz Ahmad Faiz is "anti-Hindu",” the bylined report said.

‘IIT Kanpur panel to decide if Faiz poem is anti-Hindu’, said the headline of a report published by news agency IANS and carried by Tribune.

“The IIT Kanpur has set up a panel to decide whether the poem ‘Hum dekhenge lazim hai ki hum bhi dekhenge’, penned by Faiz Ahmad Faiz, is anti-Hindu,” the report said.

‘IIT Kanpur sets up panel to decide if Faiz poem ‘Hum Dekhenge’ is anti-Hindu’, said a bylined report by The Print.

“A panel constituted by the Indian Institute of Technology, Kanpur, will decide whether ‘Hum Dekhenge’, a poem by legendary Pakistani poet Faiz Ahmed Faiz, is “anti-Hindu”,” the report said.

“The Indian Institutes of Technology (IIT) Kanpur has formed a panel to decide whether ‘Hum Bhi Dekhenge’, a famous composition by Faiz Ahmed Faiz has ‘anti-Hindu’ context,” the report said.

Similar reports were published by other publications including Indiatimes.com, HuffPost.com and Times Now.

Is the premier institute indeed going to decide whether Faiz’s poem, Hum Dekhenge, is anti-Hindu?

“No. This claim is false,” deputy director of IIT-Kanpur, Manindra Agrawal, told this correspondent on 2 January. Agrawal heads a six-member panel that is conducting an inquiry into a complaint given by a faculty against a ‘solidarity with Jamia’ event held in the campus on December 17.

“The institute has set up the inquiry not to study the nazm but to see if the event [on December 17] violated university rules. The panel will also see if subsequent posts made on social media were inflammatory,” he said.

Agrawal has rubbished the reports on Twitter as well.

“Some media like to create spicy news. Take statements that (1) the complainants said poem hurt their sentiments, and (2) institute committee is looking into the complaint, add some tadka and viola, you have institute deciding if Faiz is communal. 🤦‍♂‍,” he wrote on the micro-blogging platform in reply to this correspondent.

Some media like to create spicy news. Take statements that (1) the complainants said poem hurt their sentiments, and (2) institute committee is looking into the complaint, add some tadka and viola, you have institute deciding if Faiz is communal. ð¤¦ââï¸

To another user, Agrawal replied, “A good thumb rule these days is to cross-check before believing media. 😊.”

A good thumb rule these days is to cross-check before believing media. ð

When asked by the user if the reports were not true, Agrawal replied,

“This talks about protest march and that a committee has been constituted to look into the complaints. A far cry from deciding whether "Faiz poem is anti-Hindu”,” Manindra replied when asked by the user if the report is not true.

“One complaint says the poem hurt sentiments, and there are other complaints as well including that an illegal march was taken out. Would you suggest institute not investigate them? 🤔”

“My last post in this conversation as it is fruitless convincing people whose mind is already made up. Multiple complaints have been made, including about the poem, and the committee has been formed to look at ALL of them and decide if there is value in ANY of them.”

It’s pertinent to mention here that the institute formed the panel around 10 days ago -on December 21. It was the same day when Swarajya reported that an IIT Faculty, Dr Vashi Sharma, had given a written complaint to the IIT Kanpur director that an event was organised in the campus that violated the university rules and where communal statements were made. The complaint also said that the protestors were targeting students who objected to the gathering.

On December 21, IIT-K director Abhay Karandikar replied to this correspondent on Twitter about the inquiry committee: