‘When All Idols Will Be Removed...Only Allah’s Name Will Remain’: Jamia Solidarity Event At IIT Kanpur Sparks Row 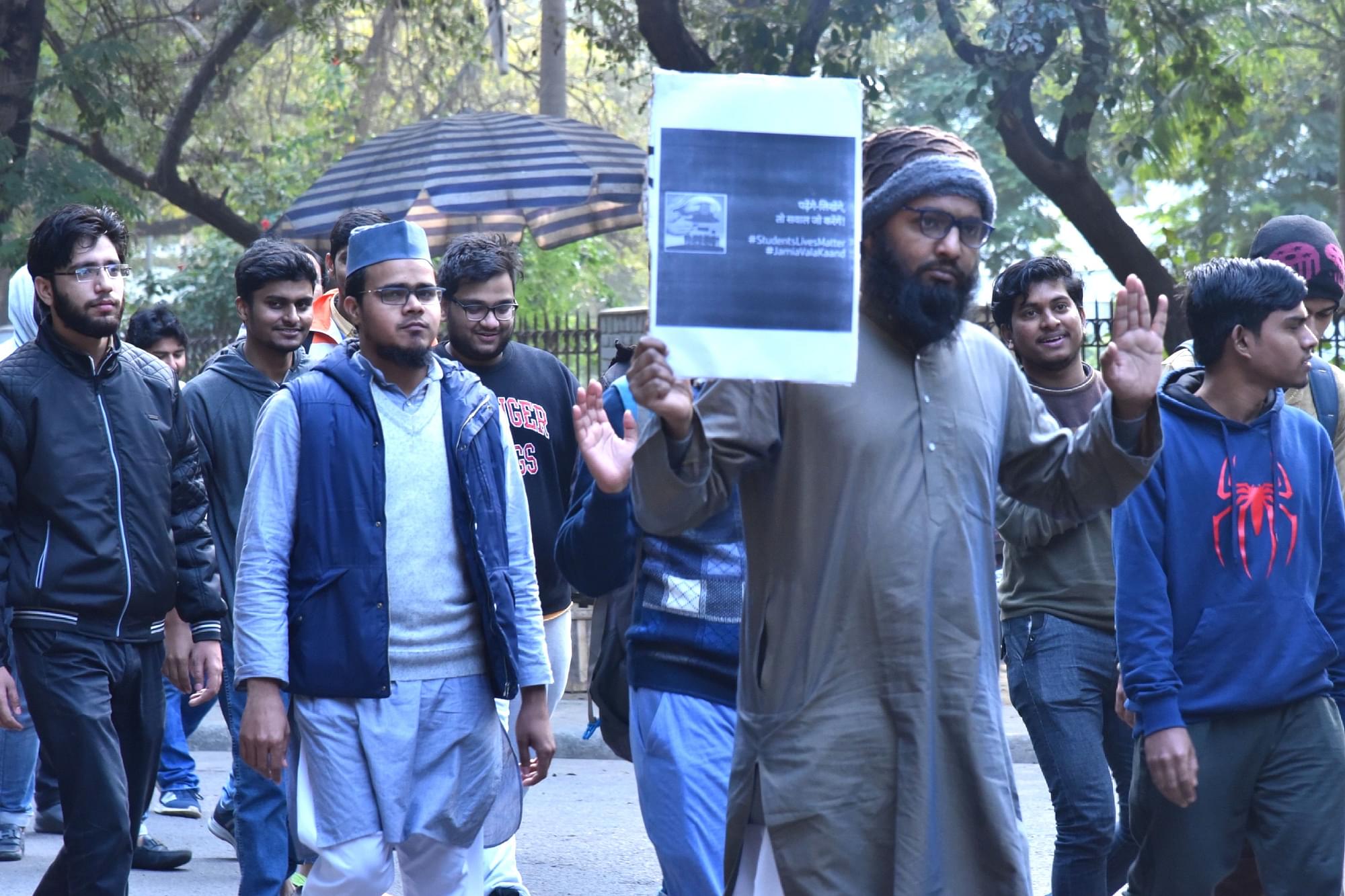 A faculty of the Indian Institute of Technology-Kanpur (IIT-K) has given a written complaint to the institute’s director, objecting to purported anti-India and communal statements made in a recent ‘solidarity with Jamia students’ event held in the campus.

The complainant – Dr Vashi Sharma, a faculty from the mechanical department - has submitted a mobile-shot video of the protest to the director, appealing for action against the participants. A copy of the video with subtitles has been shared with this correspondent.

The video shows a crowd of over hundred gathered at the OAT. One of them is holding a placard saying “tumhari laathi aur goli se tez hamari awaaz hai” (our voice is louder than your sticks and bullets). Another placard says, “IIT Kanpur condemns police brutality on Jamia & AMU students. Shame on Delhi police”.

At one point, a participant begins to recite out some lines recorded on his mobile phone.

These are lines from a poem by famous Pakistani Urdu poet Faiz Ahmed Faiz.

The complaint to the IIT director says that these lines “call for ‘destruction of all idols’ (as idol worship is prohibited in Islam) and emphasise that ‘only Allah must be worshipped’”.

“The lines are integral part of anti-India militancy in Kashmir and used by terrorists and protestors,” the complaint says, and gives a translation of the lines as follows:

It is definite that we too will witness

When from Allah's place

When all idols will be removed

When crowns will be tossed

When thrones will vanish

Only Allah's name will remain...”

The complainant has attached this screenshot of a Wikipedia page with the letter to the director:

The video shared with the director shows a student interrupting the recitation, loudly saying, “Ye nahi chalega” (this is not allowed). He is accompanied by Sharma. The next few minutes show the security separating the student and Sharma from the one reading out the poem, and the crowd hooting. The gathering soon dissolves.

Sharma’s complaint, that is signed by 15 students of the institute, further says, “I was shocked as these lines are cited as a communal call frequently in Pakistan, and have been popularised by Pakistan PM Imran Khan's radical anti-India party – PTI. They are published on Khan's official website.”

“It is evident that the gathering was orchestrated by certain nefarious elements and aimed at radicalising innocent students, spreading hate against India, faith of billions, and communally vitiating the atmosphere of the institute,” the complaint says.

Sharma says in his complaint that there is now an “immediate security situation” for him as well as those students who objected to the statements by the crowd that day.

“Kindly know that when I was returning from the venue, I was shown middle finger by a participant of the rally. Another one shouted loudly – “so here he lives” (in threatening tone indirectly suggesting others to harm me later),” it says.

The complaint urges the IIT administration to take “immediate disciplinary and legal action against the hate mob”. “Organisers and masterminds must be identified and expelled immediately,” it says.

This correspondent could not get a response from Dr Abhay Karandikar, the director of IIT Kanpur. Vashi Sharma however said that the director has assured him of legal action in the matter.

The institute’s deputy director Dr Manindra Agarwal told this correspondent that the organisers had not been given permission by the administration to hold a large gathering.

An office order issued by Agarwal on the morning of 17 December, marked to the director, deans, registrar and chairman of Security Advisory and Executive Committee, states, “In order to maintain harmony peace in the campus NO PROTEST march & large gathering are to be permitted in the Campus (sic).”