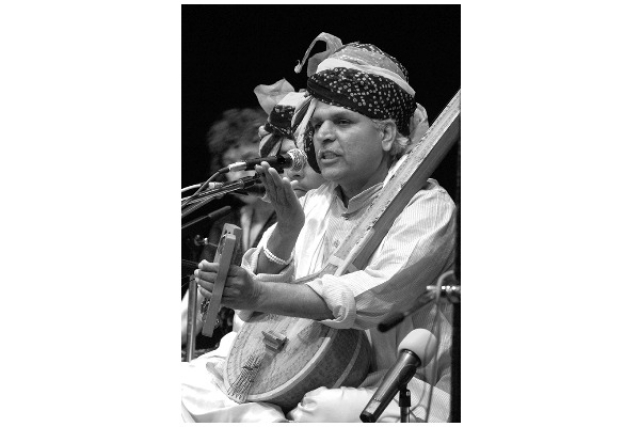 The Bharatiya Janata Party (BJP) candidate, Mahendra Singh Solanki, resigned from the post of a civil court judge in Indore to join politics.

On the other side, the Congress has fielded a renowned folk singer, Prahlad Singh Tipaniya, who has won hearts with his Kabir bhajans in Malwi. He is said to have chosen the Congress party for it is a secular party as was Sant Kabir.

Although this is a reserved seat for Scheduled Caste (SC), and thus offers no advantage to the candidates on caste grounds as both the candidates belong to the Balai samaj (community), voter’s affiliation to particular political parties, based on their caste, will definitely play a role. Patidar voters are thought to be loyal to BJP in Madhya Pradesh (MP) but one of the reasons for BJP’s defeat in the last assembly elections was because many of them moved away from voting for them. This time however, the on-ground sense is that there is a consolidation of Patidar voters again for the BJP. And predictably, Dalit voters are inclined towards the Congress.

Traditionally, upper castes are in favour of BJP but this year, Dewas is not witnessing a clear consolidation of their votes. Rajput and Brahmin voters are divided. Campaigning by Vikram Singh Pawar, belonging to the Dewas royal family, may however attract Rajput votes but no such force has come to light to attract the Brahmin voters. The business class voters have got divided because of GST and demonetisation.

For the Congress, the Dalit votes are well consolidated. Dalits comprise more than 30 per cent of the people living in Mankund village. A youth claimed that they faced difficulty in obtaining employment because MNREGA work had come down under the BJP government. He said that using machines to dig ponds and do other work had cut into the employment available under MNREGA.

Although the Dalits of this village have received Rs. 12,000 per family for constructing toilets, the Pradhan Mantri Awaas Yojana (PMAY) scheme hasn’t reached them. In the hope of employment, they are going to vote for the Congress.

For Dalits of some other villages like that of Dhanighati, where most belong to the Kanjar community, the reason for voting the Congress is nothing but tradition. A physician from the community reveals that they were nomadic tribes before Indira Gandhi got them to settle in that area by providing them pattas (title deeds). They have been loyal to Congress since then.

Another Dalit, Devaji, from Aawli Kheda of the Ashta assembly constituency, doesn’t find the Awaas Yojana to be effective because, according to him, the amount sanctioned under it is not enough to build a house. He calls the Modi government “as unreliable as a Chinese product”.

The Korgu and Bhil Tribes Voters

This village also has members of the Korgu and Bhil Scheduled Tribes (ST). About 50 per cent of them have got a house under PMAY. Kailash has received Rs. 1.5 lakh for his house and is going to vote for Modi. Tej Singh, a Bhil, hasn’t got the house and is not supporting the BJP. However, it will be an error to think that all those who got a house will surely vote for Modi. Some of them are eyeing the Rs. 72,000 announcement that Rahul Gandhi made and some others are still not sure about their voting preference.

Patidars, on the other hand, are supporting the BJP almost en-block. Ramsundar Patidar praises the Modi government for good roads and regular power supply. A group of old people from the Patidar community find Narendra Modi to be a saintly being. They state witnessing the Balakot air strikes was almost as if they had received the much touted amount of Rs 15 lakh. A Patidar youth from Aroliya favours the BJP because he increased his profit in wheat under Modi’s governance. Shravan Patidar from the village has recently joined the BJP and thinks BJP is the only party that works for the nation.

Water shortage is an on-going issue in some areas. Almost all the villages that this correspondent visited fetch water from a distance of a kilometre or so. One frustrated woman says, “If it is not in the power of government to solve the problem, then we don’t need such a government.”

In Mankund, the Bargunda community has many families involved in land ownership disputes but they allege that the local government favoured the Bhope community. Similarly Dalits of this village faced difficulty in obtaining BPL cards. On the condition of anonymity, they complain that there were demands for bribe. They are thus keeping their hopes fixed on the Congress government.

Expressing discontent over their former BJP MLA Deepak Joshi and the incumbent MP Manohar Untwal, the villagers complain about having a school only till 8th standard in a village of more than 3000 people. One of the villagers, again on condition of anonymity, said that instead of solving local problems, Modi is trying to win elections in the name of the Army.

In Agera village of Ashta constituency, Kailash Prajapati is voting for the Congress because he thinks businessmen in Dewas are exploiting farmers at the Dewas Mandi. Nath Maharaj of Aawli Kheda is struggling to get a ration card and get his pension money into his account. He thinks that a change of government at the centre will solve his issues.

In the 2013 assembly elections the BJP had registered a win on all eight seats of the Dewar Lok Sabha constituency. However, in 2018, the Congress and the BJP won four each.

The Congress’ election promise of crediting a loan waiver amount for farmers has not been done yet. The Bhawantar Bhugtan Yojana that used to benefit the farmers has been made inactive under the Kamal Nath government. People expected that they would receive compensation for the crops damaged due to frost during last year’s winter just as they had under Shivraj Singh’s government. Farmers are losing trust in the Congress and this is favouring the BJP.

Take the case of Santosh Prajapati from Agera. He had a loan of Rs. 80,000 and he received a certificate of waiver for only Rs. 25,000. And that amount has not been credited to his account as yet. He is going to vote for the BJP because of loan waiver fiasco as well as for not getting the benefit from the Bhawantar Bhugtan Yojana.

The farmers of Aaroliya village would make maximum profit on wheat and gram crops under the Bhawantar Bhugtan Yojana. Ratan Singh, a farmer from Aaroliya claims that under the scheme, they used to gain an annual profit of upto Rs. 3 lakh. Adding to this, Suresh Patidar says that the Kamal Nath government has broken the promise of “loan waiver within 10 days” and “they have no trust left for the Congress”..

Kripal Singh from Aawli Kheda showed the same distrust towards the present Congress government. He says that he used to take a loan from Kisan Credit Card (KCC) at a nominal interest rate but now his loan is not being sanctioned under the Kamal Nath government. Aatmaram from this village, who used to make a sizable profit on selling onion and garlic under the Bhawantar Bhugtan Yojana, is going to vote for the BJP.

Mukesh Kotwal from Badkholi village of the Ashta assembly constituency has the same story about his onion-garlic crop. Balwant Singh Dewda, of the same village, says, “Mama haar hi nahi sakte (Mama/Shivraj could never lose)” and the reason for his loss was the non-performance of his MLAs. He strongly feels that local discontent matters only for state elections and that national elections will not be affected by these issues. Non-performing MLAs were blamed for Shivraj’s loss in Hatpiplya and Sonkatch too, with the same assurance of support for the BJP now.

So who has an edge?

Though both candidates are new to politics, Prahlad Tipaniya is more known in the region. He has been in public life since decades. People like him for his bhajans. Dalits from Sonkatch express their liking for him and say that they love listening to his bhajans. Bhajan singing also provides him with a clean image. Some villagers think that “only a clean heart can sing with devotion”. On the other hand, the story of Solanki’s struggle hasn’t reached the masses, he is not even recognised in some areas.

When Narsingh from Agera is asked what benefit he got from the Modi government, he replies, “Desh ka fayda, hamara fayda (What benefits the nation, benefits us).” Some people say that they favour the BJP because of Hindutva, while some find Modi’s speeches influential. Karan Singh Dewda says that 30 houses have been built in Badkholi under the Awaas Yojana, and, although the village is underdeveloped being at the border of Dewas and Sehore, roads have been built by the Modi government.

While many in the rural areas favour the Congress, urban centres, as per tradition, are still with the BJP. A few shopkeepers that Swarajya spoke to near the Dewas district headquarters express their liking for BJP. Modi government’s stand on terrorism has won many hearts.

All in all, Dewas will witness a close fight between the two candidates. Ultimately, the caste-wise vote consolidation will influence the results. Whoever is the winner, the constituency is going send a fresh face to the Indian Parliament. And whether Congress gets a chance to “sing” the victory song or the BJP gets an “order” to stay, only time will tell.