In Maps: How Congress Is Being Squeezed Out Of Kerala’s Electoral Space 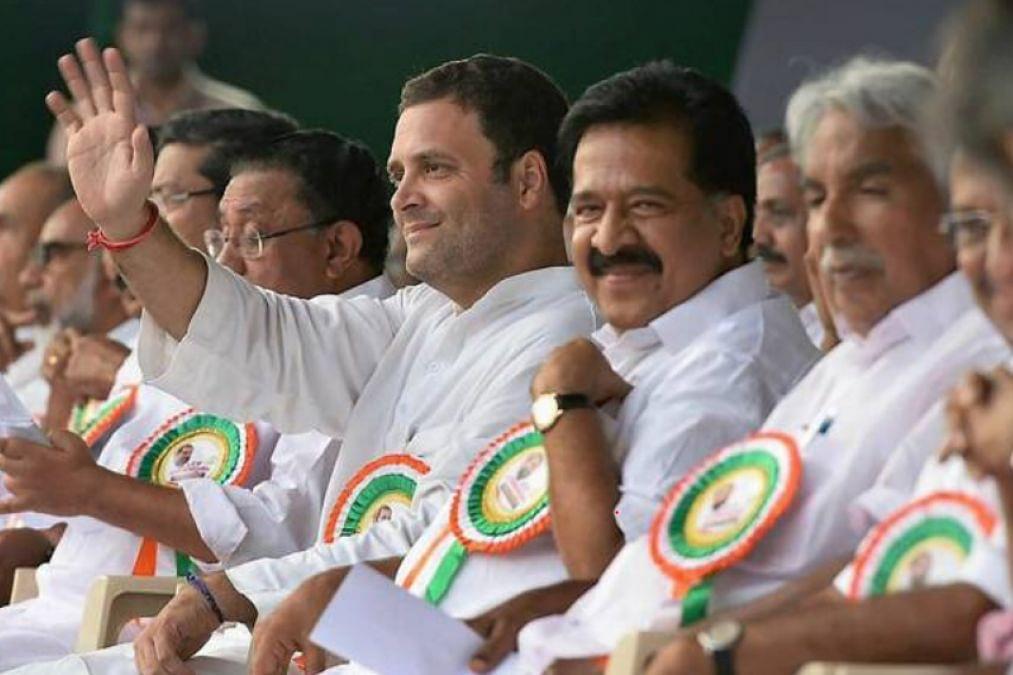 True electoral analysis begins where psephology ends. At that point, analysts must put aside their probabilistic assessments and forecasts to cut to the actual nature and meaning of a mandate.

In that sense, a really useful analysis is one which draws out the motivations of political groups in adopting specific campaign strategies, and the extent to which they appeal to or are dependent upon various communities so as to quantify that which we intuitively gauge from voting patterns.

To that end, Swarajya has integrated the electoral, demographic and psephological data of Kerala into a common database to derive and demonstrate certain key correlations in a novel fashion.

We also show that Bharatiya Janata Party (BJP) has yet to tap fully into even its own core vote base — the Nairs and Brahmins — while making significant Ezhava, non-Ezhava OBC and tribal gains in selected districts; meaning, that a high-tempo, last-lap flourish could earn them more than the three to five seats expected on date.

Interestingly, readers may note that even if the actual assembly election results differ somewhat from pre-poll surveys, the underlying factors brought out in this piece won’t change.

That is because, as contradictory or counter-intuitive as the preceding statement may sound, the results would, in fact, only reconfirm the extent to which the three coalitions are dependent on their core vote bases for success or failure.

That is the true meaning of the 2021 Kerala mandate.

Column 4 segregates the forward caste vote in each district, which is largely inferred to support the BJP.

Column 7, which is the sum of OBC plus Christian votes, provides a measure of vote availability in each district to the LDF-KEC alliance:

Column 15 gives the ratio of the district OBC population to the projected district vote share for the Left in Column 8.

When this is read in conjunction with Column 5 of the first table, which is the OBC percentage population column, we get a quantified idea of the extent to which the OBC vote is sticking with the Left, how dependent the Left is on the OBC vote, and whether there is scope for improvement.

For example, in Kasaragod district, the OBC population is 37 per cent. This constitutes 148 per cent of the LDF vote share by numerical ratio. But, since the LDF is only expected to poll around 25 per cent of the votes in 2021, including a portion of the Christian vote (7 per cent), we can infer that well over half of the Left’s traditional Ezhava vote has shifted to the BJP (expected vote share now is 36 per cent).

The bulk of the Muslim vote (37 per cent of population) is thus with the UDF (39 per cent vote share), meaning that the UDF vote is pretty much maxed out. This leaves the BJP with a sizeable balance OBC electorate to canvass, and a higher probability of victory in the key seat of Manjeshwaram.

On the contrary, the OBC vote is the LDF vote in adjoining Kannur (91 per cent caste-vote share ratio), to the extent that the BJP vote share is essentially the Nair vote there (both around 10 per cent), and the Muslim vote is about 80 per cent of the UDF vote (34 per cent projected). So, there is only a miniscule probability for anything other than a communist sweep of Kannur.

Now, rather than going district by district, the sustained strength of the LDF, and its dependency on the OBC vote, can be brought out by juxtaposing an OBC demographics map with the LDF projected vote share map and an OBC/vote-share ratio map:

The LDF’s areas of strength manifest themselves unambiguously, along with the underlying socio-political dynamics:

Similar correlations emerge, if we study the dependency of the Congress and the UDF on the Muslim vote. This set of maps is an eye-opener.

First, we see that the Congress and the UDF are simply unable to counter the LDF-KEC axis in Christian-dominated districts of Travancore in the south, primarily because they have few other community votes to fall back upon; and two, that in the two southernmost districts, Congress survival is dependent on the Muslim vote to the extent of 40-50 per cent.

No wonder the Congress and the UDF looks set to be nearly wiped out in these parts:

This Congress swansong is being composed by the BJP, who have taken away the bulk of the UDF’s traditional Nair vote.

This is seen clearly in the next set of maps:

Reading from left to right, we see that in district after district, the BJP vote is still by and large the Nair vote.

Exceptions are Kasaragod at the northern tip, where a huge Ezhava influx into the BJP camp is seen clearly, in Idukki, and to some extent in Palakkad, Kozhikode and Kottayam (where a few BJP surprises are expected).

Indeed, what’s interesting is that the BJP has yet to max out the Nair vote in their strongest region — Thiruvananthapuram; which means that the contest in this area is slowly turning into a NDA-LDF affair in multiple seats, with the Congress being pushed to the sidelines.

Finally, a third table segregates candidates for the 2021 assembly elections by coalition, main party and religion:

The LDF has a fairly even spread, with slightly more weightage in favour of Hindus, and slightly less towards Muslims. That is not so odd because the Left has put up Hindu candidates in seats where the demographics split is near-even, where the dominant Hindu OBC vote still goes to the Left, and the Muslim vote to the UDF.

For the BJP, their candidate selection reflects their core strength. The situation in Kerala today is reminiscent of its early days in north India, when it was identified largely as a Brahmin-bania party.

Still, the BJP has made significant inroads into the Ezhava OBC community, from whence its state president hails, though not yet enough by any means to upset the Left.

On the contrary, we see that the Congress is pinning the bulk of its hopes on a high win-ratio by its Hindu candidates, precisely at a time when everything else we have analysed, tells us that only a small fraction of the Hindu vote remains with the Congress.

Indeed, the win ratio of Congress Hindu candidates in 2016 was just about 20 per cent, and they are not projected to improve upon that in 2021.

What else do they expect, when Congress dependency on the Muslim vote goes above 50 per cent in multiple districts (see Table 2 at start)? Ergo, this forecast: