Indefatigable And Unsung: How These Scholars Painstakingly Compiled Irrefutable Evidence In Support Of The Ram Mandir 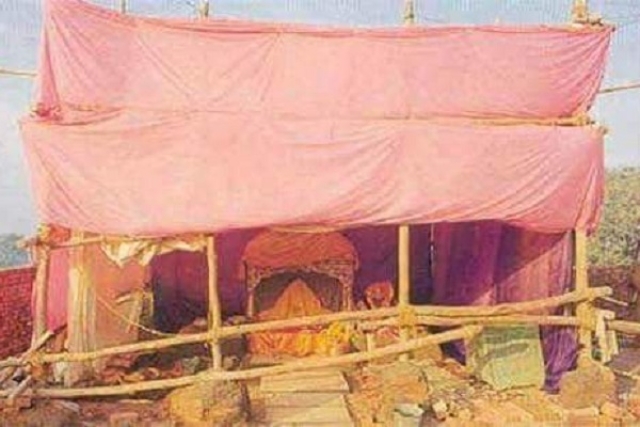 Archaeologist Dr. Swaraj Prakash Gupta (1931-2007) was one of the finest archaeologists in the world.

A scholar wedded to his profession and an impeccable academician, he associated himself with the Sri Ram Janmabhoomi movement.

The Nehruvian-Marxist vested interests, who formed the anti-Mandir side, have always thought low of Hindu scholarship.

In typical colonial fashion, they thought that the only proof the Hindu side would rely on would be ‘mythologies’ and beliefs.

But, when in 1991, the Chandrasekhar government arranged for the two sides to come to the discussion table and exchange views, the anti-Mandir group never expected to see archaeological and scientific evidence from the Sri Ram Mandir side.

The anti-temple historians representing the Islamist All India Babri Masjid Action Committee (AIBMAC) consisted of the who's-who of leftist historians.

Among them were Prof. D.N. Jha, Prof. R.S. Sharma and Suraj Bhan among others.

After the anti-Mandir side wanted weeks to study the evidence submitted by the pro-Mandir historians and archaeologists, it was fixed that on 25 January 1991, Prof. S. P. Gupta and Prof. Suraj Bhan would meet and discuss the evidence.

On the day fixed, Dr. S.P. Gupta turned up in Gujarat Bhawan, but Prof. Suraj Bhan simply did not appear and did not even convey his reasons for not showing up.

In December 1992, karsevaks demolished the controversial domes of the structure.

Dr. Gupta studied the archaeologically significant elements which got revealed during the demolition.

One of them, an inscription, provided clinching evidence.

Now famous as the Vishnu-Hari inscription, it contained 20 lines, engraved on a 5-foot-long, 2-foot-broad and 2.5-inches-thick slab of buff sandstone.

Dr. S.P. Gupta took it to Ajay Mitra Shastri, a renowned epigraphist, who studied the inscription and found out that it was an inscription written in ‘high flowing Sanskrit’.

Verses in a few places on the slab spoke about a glorious Vishnu-Hari temple built with a large number of stones and a golden pinnacle, built in the temple city of Saketa-Mandala.

The verses praised Vishnu for destroying the demons, Hiranyakashipu, Bali and the 10-headed Asura.

This should have clinched the argument and made the Muslims throughout India realise that what was destroyed was once originally a temple, and not any temple, but one of the holiest of the holy temples of Hindus.

But the Marxists, in collusion with Islamists, decided to mislead the people of India, both Hindus and Muslims.

They accused Dr. Gupta first of forgery and then alleged that he planted the inscription.

Dr. Gupta, however, bore all the accusations against him with equanimity — of the Gita’s Sthitaprajna.

A professor of Hindu Darshanas of Nyaya-Vaisesika, he was also a scholar of not only Sanskrit, but also Arabic and Persian — the only one well versed in all these languages amongst the pro-Mandir historians.

Most of the Urdu and Arabic libraries, which were under the control of Islamists, quietly withdrew older sources which had incriminating evidence against the now Islamist-Marxist claim of Babri being built on virgin land.

Further, the aforesaid libraries also refused access to Prof. Narain when he approached them.

Yet, he assembled an impressive array of Islamist sources on the Ayodhya demolition that he published under the scholarly work The Ayodhya Temple-Mosque Dispute: Focus on Muslim Sources (Penman, 1993).

In its introduction to this work, the son of the author stated:

And among them is the great mosque that was built by the Timurid king Babar in the sacred city of Ajodhya. It is believed that Rama Chandra considered to be the manifestation of God was born here. There is a long story about his wife Sita. Well, the said king Babar demolished it and built a mosque at the very same place with chiseled stone in 923 AH.

Marxist historian K. N. Panikar had gone to the extent of suggesting that the disputed structure being built over the Sri Ram Janmabhoomi was actually a 'defensive ploy' put forth only in 1855 by the priests of Hanumangarhi temple, when Sunni Muslims claimed that Hanumangarhi temple was built on a 'Muslim mosque'.

Dr. Harsh Narain demolished this Marxist dome of falsehood by quoting sources after sources prior to 1855 so methodologically that K.N. Pannikar was exposed for the unprincipled liar that he was.

Dr. Harsh Narain quoted the 1771 memoir of Tieffenthaler, which spoke of an already existing narrative of the destruction of Ram temple at Ayodhya and construction of the Babri structure over the destroyed temple.

When the Kalyan Singh government acquired the land near the disputed structure and started working, Dr. Grover, then 69-years-old, went and camped there for two weeks from 4 July to 18 July 1992.

He discovered large floor-areas, belonging to the pre-Islamic period, towards the east and south of the Rama Janmabhoomi.

He duly got them photographed and sent three reports, which in turn initiated archaeological studies in the area, further strengthening the case for the Mandir.

While pro-Mandir historians succeeded in producing evidence through their hard work and academic brilliance, and while the Sangh organisers succeeded in taking the message of Ayodhya to the people of the nation in an emotional and religious way, the Nehruvian-Marxists succeeded in capturing academia and media through surreptitious ways.

They succeeded, to a large extent, in making the ordinary English-reading class of Indians believe that Ayodhya was a fabricated case of outrage with no basis in historicity.

They made most English-speaking people inside India and a strong body of academicians and media outside believe that Hindutva leaders were making Hindus 'intimidate' Muslims by propagating 'false' stories and 'colonial stereotypes'.

The Sangh, mostly, did not care much to counter the propaganda at this particular level.

That important gap was filled by the genius and hard work of Sri Sitaram Goel and his Voice of India publication.

Fearless and like a lonely lion among the wolves, Sitaram Goel not only took the historical facts to the common, English-speaking Indians, he also collected historical sources, explaining in detail, the demolitions of Hindu temples from the point of view of Islamist historiography.

Among the many extraordinary scholars nurtured by Goel who became the intellectual karsevaks for the Ayodhya movement, we should mention two great warriors — Dr. Koenraad Elst and Arun Shourie.

The books by Dr. Elst like Ayodhya, The Case Against the Temple, Ayodhya and the Future of India et cetera, brought all the hard evidence in a lucid manner to his readers.

Dr. Elst himself provided more data and proper frameworks to view the problem of temple demolition.

The articles by Arun Shourie in his caustic manner, yet filled with data, mostly through the good guidance of Ram Swarup and Sita Ram Goel, made the Marxists shiver even in their natural habitat of elite rooms of editors’ offices and their coterie kitchens.

Last but not the least, one of the most vital of the contributions to the Sri Ram Mandir at Ayodhya is the balidan of Ram bhaktas, including women and children, who were returning from Ayodhya and were burnt alive at Godhra by fanatics in a criminal conspiracy in February 2002.

That tragedy unleashed a chain of events and Narendra Modi emerged as a national hope for Hindus.

Soon, Narendra Modi became the Prime Minister, and he changed Ayodhya from being viewed as a political weapon of a party to what it really is: the starting point of national resurgence.

Today, we bow to them all, as we rejoice in the victory in a 500-year-battle.