India Has Surely Undercounted Covid Deaths, But Scary 10x Estimates May Be Off The Mark 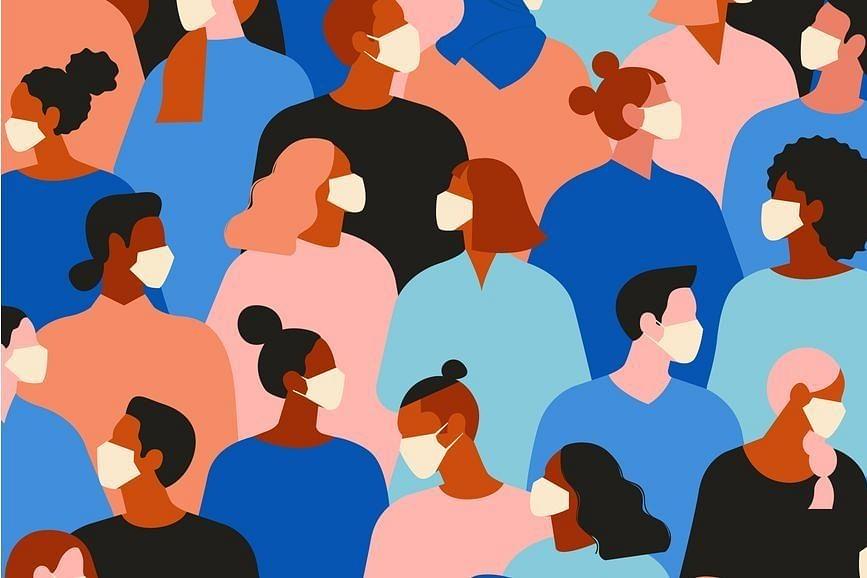 An important area of data paucity is giving India-baiters a lot to berate us with: practically everyone is saying that we are undercounting the number of Covid-related fatalities.

The only difference between the reasonable critics and the ideologically antagonistic ones (ie, those who simply hate the Narendra Modi government) is whether the actual deaths may be 2x (or thereabouts) of the reported numbers or something as high as 10x.

This article would like to suggest — subject to later confirmation — that the lower multiple may be closer to the truth. It could be 3x or even 4x for some states, but not 10x. And certainly not for the nation as a whole. You can undercount infections by that kind of factor, but not dead bodies.

The crush of bodies at crematoria and those washing down some rivers can easily be explained by the concentration of deaths around some dates rather than a general massive increase in numbers all year round.

Let no one be under any impression that we are counting the dead correctly. This is improbable for two simple reasons: our weak data capabilities in large parts of rural India, and the possibility that some deaths may get mis-categorised as non-Covid when large sections of the population suffer from comorbidities. Also, many asymptomatic cases may go under the radar.

It would not be unreasonable to also assume that some governments (but not all) at the state level may want lower official fatality counts, but this would presume that hospitals and crematoria are in cahoots with governments.

If we know anything about India, it is that a political order, by the time it reaches the last man, tends to get diluted or misunderstood. We are not an efficient state even when it comes to hiding the numbers.

For the country as a whole, this gives us an average death rate as a percentage of total infections of 1.124. That is, just over 1 per cent of the official reported cases resulted in deaths (see table).

Even accounting for the fact that death rates get added up about a fortnight after infection rates are reported, what is remarkable about the death rate numbers is the consistency with which most Indian states cluster between the 1-1.8 per cent mark.

So certainly, we can assume some amount of official fudging, but so many states cannot report such close clusters out of a sheer conspiracy to report lower numbers.

While Kerala’s low mortality numbers are believable given the state’s historic inheritance of a good healthcare system even before independence, the low mortality rates of Bihar, MP, Rajasthan, Odisha are less believable.

These states are highly rural, and some also have large tribal populations where death counts may be harder to register. If India has serious undercounting problems we have to focus on the backward states that are getting numbers far below the official national average.

However, there are some other numbers to consider. For calendar 2020, we have with us two numbers on all-cause death rates (which means deaths that will include Covid as well as non-Covid causes) from Kerala and the Municipal Corporation of Greater Mumbai (MCGM).

In Mumbai’s case, there is an actual increase in death from all causes. Total deaths recorded by the MCGM went up from 91,223 in 2019 to 111,942 in 2020 — a rise of 20,719. The crude death rate per lakh went up from 711 to 869. But one should take this 22 per cent rise in deaths with some caution, for Mumbai is also the place where people from adjoining districts with lower healthcare facilities come for treatment.

The actual number could thus be less than 22 per cent, though one cannot make such a claim right now.

IndiaSpend also reports a study by Renuka Sane and Ajay Shah which uses different data, from the Centre for Monitoring Indian Economy’s Consumer Pyramids Household Survey (which samples 232,000 households every four months), showing that deaths between May and August doubled. That is, the numbers last year were 2X the official numbers, not 10X.

This data is not comparable with actual records of deaths by municipal, village and state authorities, but may be indicative of the overall impact of Covid.

In short, 2x (or even 3x) the level of reported deaths is not an unreasonable assumption to make. One should compare this with reports that suggest that even the US may have undercounted deaths by 35 per cent or even 60 per cent.

But we must also take other aspects into account. If the nation was locked down for a large part of last year, in what way were other deaths impacted? Did fewer people die from traffic accidents? Did more people die of natural causes at home for lack of medical care in hospitals, which were prioritising Covid cases? Did poverty and lack of livelihoods lead to emaciation and more deaths among the poor?

We don’t know the answers, but we can probably make a reasonable assertion that Covid-related deaths could have been 2x or 3x the official claims, but nothing like 10x. So many bodies are impossible to hide in a crowded country.