India Is Moving Towards Minoritarian Dystopia, One Community At A Time 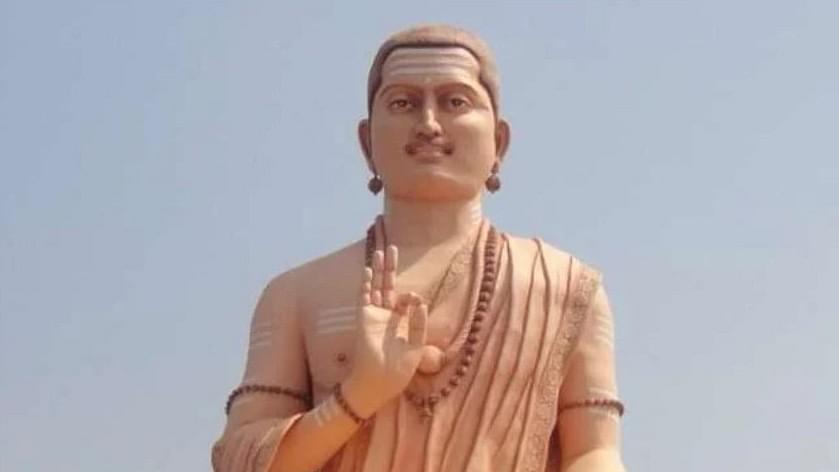 If one goes through the documents, and the debates that happened during the drafting of our Constitution in the late 1940s, we realise that the original intent of the makers of our nation in granting recognition to the concept of religious and linguistic minorities was to ensure that the “tyranny” of the majority does not result in the minorities being discriminated against when it comes to the sustenance and growth of their religion, language, culture and identity. Hence religious, cultural and educational rights were enshrined in the Constitution through articles 25 to 30 that granted them the sovereign guarantee that their rights would always be respected.

However, over the past seven decades, the interpretation of these rights combined with the dilution of the very same rights for the majority community (embedded implicitly in the Constitution) has meant that the power equations have literally turned upside down from what was envisaged during the birth of the Indian republic. The tag of being a minority has translated into unfettered rights in the areas of institutional control, protection of religious places, easy access to business finance, special infrastructure schemes, abundant financial grants for scholarships and so on. Minorities literally are first-amongst-equals in our “secular” democracy.

At the same time, our governments have relentlessly pursued a socialist agenda in governance for almost the entire seven decades since India gained Independence. This has naturally led to state interference and control of every aspect of society – of course, limited only to the majority communities. Our schools have been nationalised (effectively – through the Right To Education Act), our temples have been taken over, there is reservation in almost every sphere of our economy. Quality of life has taken a beating – a natural outcome of socialist philosophy. Such relentless hammering on the majority community has led to a clamour to be derecognised as a majority and the minority community tag is much sought after – irrespective of the need for any protection.

Yet, in spite of such a powerful position currently, the community has sought the tag of a ‘minority’ religion. The natural question is – why?

The reasons are mainly two:

In 2014, the Jain community, which historically had been proudly associated with the larger umbrella of Hinduism detached and recognised itself as a separate minority religion.

A few decades back, the Buddhist community, which similarly had strong association with the Hindu society was declared as a separate religion that deserved the privileges and rights associated with a minority.

For thousands of years, Jains and Buddhists were viewed as being part of the larger framework of Hindu society. Our puranas give great details of the lineages of Bhagavan Mahaveera and Bhagavan Buddha. The Jain and Buddhist philosophies also accept the common ancestry and lineage of their religious founders.

For hundreds of years, dharmic scholars and religious heads have had philosophical exchanges, debates and arguments with scholars and religious leaders from the Jain and Buddhist communities. Their intermingling with the larger Hindu society was unquestioned. Even during the infancy of independent India, the close proximity of Jains and Buddhists was accepted and many provisions in the Constitution and personal laws were made common for Hindus, Jains and Buddhists.

Cut to 2018. We see the same logic being used to push for a minority religion tag for Lingayats and Veerashaivas. The founder of the Lingayat community – the great social reformer Sri Basavanna – disagreed with the superiority of the Vedas and the vedic system. The entire justification of the minorities panel and those advocating minority tag has been rooted on this single fact alone! The counter argument that Lingayats are ardent worshippers of Shiva, an undisputed Hindu diety, has made no impact.

These manifestations raise the following question – is separation from the Vedic parampara, the Sanatana Dharma, the only qualification for a minority tag? Put the other way – is cutting off sections of society from the ancient Vedic parampara the real goal of these majority-minority classifications? Given that the Vedic system is the foundation for Hindu society, it makes perfect sense from the point of view of the ‘Breaking India’ forces to impose this condition for granting of attractive rights and privileges.

Fallout From The Division

There are some natural outcomes expected from the decision to treat Lingayats as a minority group. It will make other communities in the state and country curious about the benefits of such a tag. Since even an elementary peek into this world will reveal the huge benefits, every community is going to start demanding minority status for themselves.

The mere demand, however, is not going to translate into acceptance and recognition by the authorities. Remember, unlike Jains, Buddhists or Lingayats, many of the other communities are not going to have an easy route to prove that they reject the fundamental philosophies of Sanatana Dharma. A Vokkaliga in Karnataka or a Maratha in Maharashtra is going to find out he/she is tied at the hip with the Hindu way of life. Since, as we have seen above, the ability to distance oneself from the dharmic framework is a key entry criterion, most of these communities are likely to find their demands rejected.

Many people on social media have commented on the possibility of the overall Hindu community falling below the 50 per cent mark (after a few communities move out) and thereafter 'all' communities being treated as minorities. I, however, disagree with this possibility. The ability to selectively grant these rights to some and deny the same to others is a cardinal principle that must be maintained if the Breaking India project has to succeed. Therefore, a new definition of what constitutes ‘majority’ is likely to emerge. Either this term is going to be openly attached with the ‘Hindu/Vedic way of life’ or, more likely, the numerically largest community will be declared as majority (even then applicable to only Hindus as a group). The fact that the terms ‘majority’ and ‘minority’ are undefined in our Constitution or in any other law is going to be of advantage when it comes to redefining these terms.

So all of this will mean that there will soon be a mix of communities in every region of India – some of whom enjoy more rights and privileges than their neighbours.

Imagine a town or city in Karnataka where the following will be the norm.

In the medium term, such a situation will lead to immense friction between communities. It will lead to social unrest, isolation of communities and breakdown of the entire social fabric.

In the long term, this will lead more and more communities making efforts to be seen as un-Hindu or a-Vedic. Giving up of Hindu practices, disassociation with Hindu scriptures and desertion of the ‘Hindu way of life’ is sure to happen.

Utter destruction of the dharmic society is the guaranteed final outcome.

This disaster has to be averted. Like the astute 5Forty3 said on Twitter, this is a civilisational battle for Hindus. There is no option but to emerge victorious in this.