Indian ‘National’ Congress? All It Needed To Stay Relevant Was To Add An ‘Ist’ To Its Policy. It Chose ‘Anti’ Instead 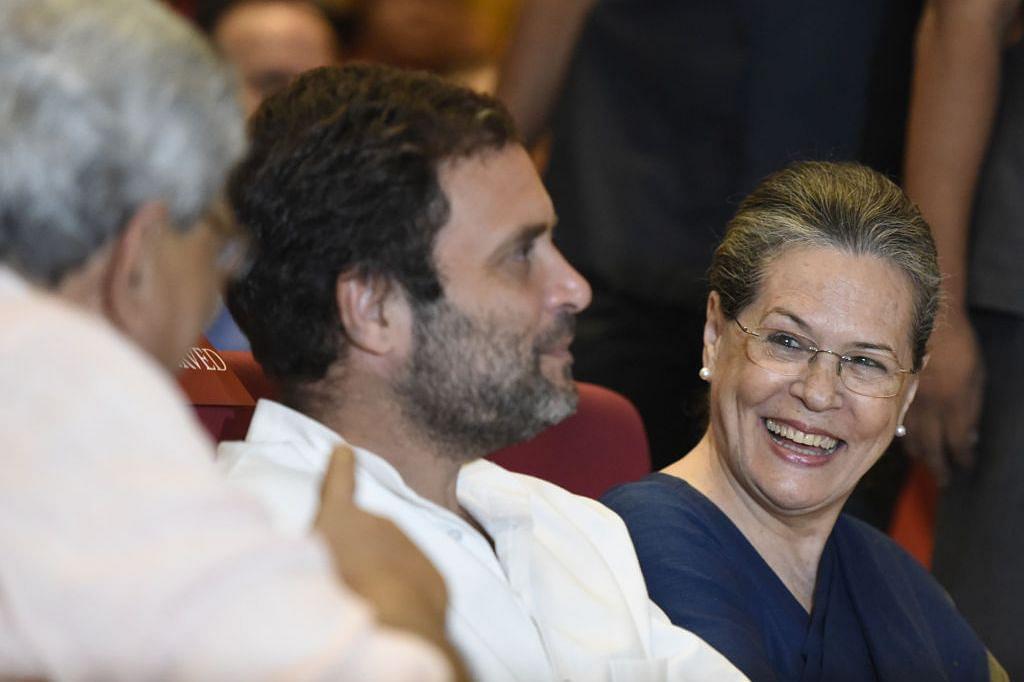 While India expected a ‘nationalist’ Congress, all it could offer is a Gandhi-Vadra soap opera (Sonu Mehta/Hindustan Times via Getty Images)

The Congress Working Committee (CWC) meeting last weekend to elect the party president ended in a damp squib. After Rahul Gandhi's repeated requests for a non- Gandhi to take over the reigns, the CWC decided against an outsider becoming the custodian of family silver.

The greater significance, however, lay in the fact that the theatre of the absurd had not many takers in public. The general apathy was in stark contrast to the All-India Congress Committee proceedings in Talkatora stadium in 2004 when the entire nation was glued to television sets. Lack of interest in the proceedings was instructive of the dwindling importance of the Congress in the last few years.

From 2014 to 2019, the Congress party's has been a journey from defeat to insignificance. Two crucial Bills with long lasting impact were passed in the last session without the party factoring in any kind of considerations.

Barring the tentative victories in three state assemblies last year, which were more of momentary anger against the incumbent Bharatiya Janata Party (BJP) than reposition of people's faith in Congress, the party has been in a steady decline.

A credible and charismatic leadership by Prime Minister Narendra Modi has finally dislodged the political behemoth from its centrality in India’s power grid.

While widespread corruption, dynasty politics and a lacklustre leadership have been the major reasons for its eroding base, the overarching basis for the party's fall is something more fundamental. The reason is that Congress has ceased to be a nationalist party.

Though the party claims to be fighting for farmers, scheduled castes, scheduled tribes and minorities, it evokes, to some extent, goodwill only among the last group.

Without going into the semantics of nationalism or the need for an academic differentiation from patriotism, it will be obvious to anyone that a political party aspiring to rule the nation would need to have a degree of nationalism in it.

And Congress, evidently, has lost it. Its fervent caste politics is not limited to winning elections, it creates deep fissures in the national fabric. Its strident anti-business rhetoric jeopardises national economic health. Its crass minorityism risks national security and sovereignty.

The ‘intellectuals’ would like to confound us with rhetorical platitudes, but the astute Indian in the countryside understands that nationalism is not just about collective security, it is also his inherited value system.

He puts a premium on these values and cherishes them more than personal gains. He understands how the reshaping of boundaries has caused havoc in the past and that wars are about distinct enemies who hate the national value system.

Normally, major political parties, aware and conscious of the national soul, take care of overall national interests while different groups exert pressure to either seek redress of grievances or promote their sectarian interests.

Responsible parties see whether or not concessions can be made without hampering the wider national interest. Congress, ironically, over the course of time, has fashioned itself into an amalgamation of select pressure groups, believing firmly that that is all the country's interests might need in the form of political intervention.

The importance of nationalism at an intersection of various interests is lost on it. Rather, the party considers nationalism as an archaic idea, an anathema. Rahul Gandhi's solidarity with the “Azadi” gang and the manifesto promise to withdraw the anti-sedition law being cases in point. In trying to be the sum total of its parts, the party has lost its vital bearings to keep it in the business of national politics.

Owing to multiple splits and desertions from its ranks, the party stopped being the true inheritor of pre-Independence Congress long, long back. But it continued to claim the Independence legacy in wider public imagination. Events like Goa’s liberation and the creation of Bangladesh continued to buttress its nationalist credentials.

Even after India suffered humiliation at the hands of China in 1962 and resented the unconditional release of 93,000 prisoners of war in 1971, the Congress suffered no credibility issues because its nationalist character remained unharmed.

The excesses of partition, the festering Kashmir wound, dynasty politics, corruption and nepotism, painfully slow growth and neglect of Indian defence, though having their genesis in Congress policies, were all overlooked because the party was still considered as the patriarch responsible for national well being.

India's Pakistan policy until the 80s ranged from hawkish to indulgent but never sentimentally foolish or unilaterally pacifist.

Rajeev Gandhi, who consolidated Indian positions in Siachen famously threatened Pakistan with Naani yaad dila denge (we will teach you a lesson). But under Sonia and Rahul Gandhi, Congress has decidedly changed. From repealing the Prevention of Terrorism Act (POTA) to foisting the bogey of ‘Hindu terror’, the Congress was not only playing into the hands of radical Islamists, it was becoming brazen by the day.

The UPA government jailed a Home Minister and wreaked havoc on intelligence agencies for the sake of a terrorist who was owned up by no less than a Pakistani terror group.

It got a pliant judge to give a clean chit to a train burning incident which involved dozens of victims and 2,000 perpetrators. The Congress party's criticism of the Modi government on the Balakot strikes was welcomed by Pakistan. On policy after foreign policy, the Congress response was resembling that of Pakistan.

With these two decisions, the BJP has firmly taken centrestage in Indian politics. Unable to reconcile with its opposition status and lacking in political maturity, the Congress has made matters worse for itself by opposing the abrogation of Article 370.

Short-sighted and vengeful, the party leadership is blind to the fact that it is being pushed into obliteration. Deracinated and prejudiced, the party under Sonia and Rahul has acquiesced into Left and minority pressure groups.

Blind opposition stops it from supporting any government moves. The extent of dissent in Congress over its stand on Article 370 betrays the signs of nervousness among the younger lot, which has long years of politics left in it.

Relying on Cambridge Analytica and the likes of Sam Pitroda, the Congress forgets that the Indian electorate isn’t a conglomeration of corporate employees from various diaspora which many Western democracies have turned into.

The idea of nationhood, in fact, marks the collective Indian life, which is quite natural for the oldest continuing civilisation.

As India rediscovers its poise and confidence under the leadership of Modi, the Congress faces its worst-ever existential crisis.