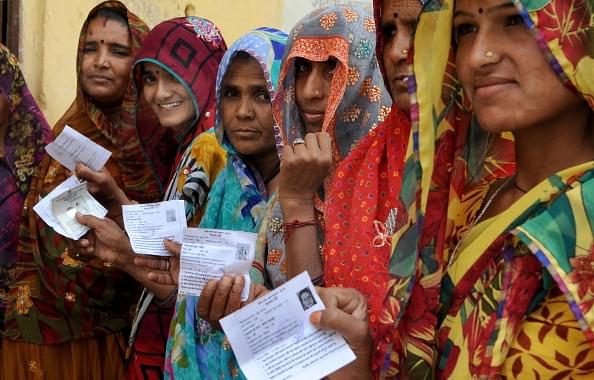 One of the few models to catch the underlying Trump wave and predict his win of 2016 in the United States of America (US) was a structural model prepared by Allan Lichtman, a professor based in Washington, D.C. The professor used a historically-based system of what he calls “keys” to predict election results ahead of time.

The keys, explained in-depth in Lichtman’s book, “Predicting the Next President: The Keys to the White House 2016” could predict all elections accurately since 1984 in the US. These kinds of structural models are based on the idea that elections are “primarily a reflection on the performance of the party in power”. Such structural models can observe at a macro level how a population behaves, in contrast to taking samples at the micro level and extrapolating them on to the population—a method riddled with all its sampling biases and projection issues.

Are there such powerful “keys” for India? Are there factors that can predict at a structural level who or which party will win? Is there a pattern to this complexity of Indian elections, despite pollsters who keep getting the results wrong time and again?

Well, as it turns out, there is.

Two specific keys which hold the most weight in Indian elections are inflation (the one thing every politician is scared of) and direct subsidy/benefit reach (or populism as is called in the Indian Political Lexicon). Combined, both yield a single factor that can be called “Real Direct Benefit” to people—the one economic variable that encompasses almost all of the political history of India in itself.

Congress in general, and the Gandhi family in particular, have always been aware of this phenomenon. It is no wonder that it can be said that only the Congress (or rather the Gandhi's) know how to get a second term in India!

In essence, India has been pro-incumbent every time the Real (that is, minus the inflation) Direct Benefits to citizens has seen a good increase, and been anti-incumbent otherwise. This has been the secret sauce that Congress has used for long to get second terms.

This is also why P V Narasimha Rao lost in 1996—he oversaw a negative growth in Real Subsidy/Benefits. This is also why Atal Bihari Vajpayee lost in 2004—the dismantling of the ‘Administrated Price Mechanism’ lead to a very steep increase in kerosene prices and ensured that the direct benefit in the hands of the people saw a negative growth. Yaswant Sinha said that several people on his campaign trail pointed out to him that "It is because of you that my life has become difficult."

However, it must be noted that freely distributing benefits can continue only for so long, especially if it is not accompanied by an increase in the production sector or with industrial/capitalistic reforms. Otherwise, without a similar increase in production of goods, benefit distribution will lead to increased consumption, bringing in price rise and inflation. This will eat up all the benefits given. That is why Congress governments have found it difficult to come back for a third time in a row. Typically, in their regime, the production sector sees a slow reform, leading to price rises and inflation eroding the benefits.

The most classical case was of the United Progressive Alliance (UPA) coming back to power as UPA 2. Riding on A B Vajpayee's structural reforms, UPA freely distributed benefits with MNREGA and loan waivers. "Sardarji nek insaan hai (Sardarji is a good man)" was the overwhelming feeling and UPA came back much stronger.

Slowly though, post-2009, production capacity could not keep pace with increased consumption coming from the benefits distributed. Therefore, inflation became rampant during UPA's second term. No new increase in direct benefits took place due to fiscal concerns and older benefits were eaten away by inflation. The undercurrent became largely negative and when corruption charges came to light, a massive outpouring resulted, propping up Narendra Modi as the prime minister.

Otherwise, corruption in the government is old news for India and has never really resulted in anything significant. That this is the case is also indicated by Rahul Gandhi saying, in his interview with Ravish Kumar, "What was working since 2004, stopped working by 2012."

All this is not very surprising.

While there can be many economic issues facing various sections of the population (for example, unemployment or farmer crisis, etcetera), by far the largest touch point for people in India is still the government and government benefits. Subsidy and central-sponsored schemes are the ones that touch the life of almost all people in India directly, especially those in the lower strata.

In a democracy, when each person has one vote, it ought to be material whether that incumbent government has been successful in bettering the immediate life of a large section of people or not, in order to decide where that vote goes. All this is, of course, under the shadow of inflation—another economic parameter that directly touches everyone in India. So, a government that can, with its vast reach, increase the direct benefits to its people and keep inflation under control, is bound to garner more votes than otherwise. This is exactly what happens in a populous democracy like India.

Indeed, without a real benefit increase, ‘India Shining’ doesn't work. But with real benefit increase, even events like 26/11 fail to damage the incumbent. If the benefit in hand has increased, other issues become abstract. Even at the state level, we have K Chandrashekhar Rao (KCR) distributing large number of benefits and getting a thumping second term, while Chandrababu Naidu, despite making a brand new city is still facing the threat of losing the government.

Prime Minister Modi and his Schemes

How is PM Modi placed in all this? From massive, centrally-sponsored schemes (Jan Dhan Yojana, PMAY, Ujjwala, Swacch Bharat, Aayushman, Pension and Mudra Yojanas, Farmer Direct Transfer, DBT), to continuing MNREGA of the UPA, PM Modi has made a strong focus on benefit distribution. The Mudra Scheme—which can be classified as the central government’s micro-lending scheme and is perhaps a good capitalistic way of benefit distribution—has touched 15 crore people thorough loan sanctions. The Pradhan Mantri Awaas Yojna has built 1.5 crore houses, which means that ~7.5 crore people have benefitted. Swachh Bharat has built ~9-10 crore toilets too, again, on a family basis that touches close to 40-50 crore people. Over and above this is the farmer direct transfer and the DBT schemes, which, by cutting out the middlemen, have increased the amount that reaches the people.

The added beauty though, is that all this benefit distribution has been achieved with a tight control on inflation. While there are other macroeconomic reasons for the low inflation, one strong reason why increased benefit did not transfer to inflation directly is that a good chunk of these schemes where ‘in kind’ distribution (Ujjwala, PMAY, Toilets) rather than ‘in cash’ ones like MNREGA. That PM Modi is also pro-market helps the production/infrastructure sector too, providing downward pressure on inflation. This low inflation has directly added to the perceived benefit felt by the people.

A combination of heavy-benefit distribution and tight control on inflation has been unheard of on the Indian politico-economic scene. PM Modi is perhaps one of the few prime ministers of India whose focus has been on a balance between the production and the distribution sector. This is bound to give him very good electoral dividends and deliver a strong pro-incumbency verdict in 2019.

To what extent, you may well ask. Well, UPA1, with two flagship benefit distribution plans, gathered 61 additional seats in 2009 - without even having a strong narrative or slogan in place. By that yard stick PM Modi should get a thumping majority. But, yes, given the opposition unity this time, the addition in seats might be lesser than historically seen.

Yet, in all of this, we have not added the chutzpah of electoral campaigning displayed by the Modi-Shah duo. They are aware of the role that direct benefits play—Amit Shah has Labharthi Pramukhs armed with the beneficiary list approaching those that have benefitted and mobilizing them to garner votes.

But, and this is the most interesting part as also a major question asked by their opponents—why are they asking votes primarily on ‘nationalism’ and not on the economic benefits and performance? And that, it is true, is also a part of the Modi-Shah political genius. To demonstrate, I give you two scenarios:

A) Constructing toilets and asking to vote for that built toilet

B) Constructing toilets and asking to vote for ‘nationalism’

Which campaign, do you think, will be more effective? Essentially, giving benefits at the material, lower level of need, induces people to vote in their favour. Then, asking for these votes on a higher need like ‘nationalism’ binds the voter even more strongly, making them feel they are not only voting for the toilet they got, but for the country. And that is the strategy that has been followed by PM Modi, not just in 2019 but in his elections in Gujarat as well, where every subsequent election invariably had a different agenda.

All in all, despite Opposition unity, which may reduce the total seats that could possibly have been won by the BJP—the structural strength of PM Modi's candidature for 2019, with a pro-incumbency undercurrent, will allow him to better the 2014 results this election. The current structural-political-economic narrative in India would indicate 282+ seats, with a positive bias on how much that + can be.

Vidhu Shekhar is a Financial Economist and Asst. Professor of Finance at SPJIMR.