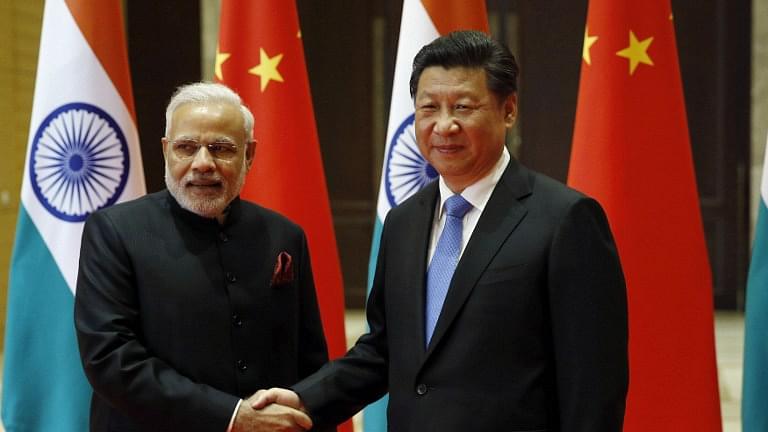 India should come clean on Uyghur leader Dolkun Isa. Isa has blamed China for India’s U-turn on the visa issue as Beijing had protested after New Delhi issued him papers to travel to the country and visit Dharamsala to attend a conference.

“On April 23, I got a very short note by the Indian side that my visa is cancelled. There was no explanation... Maybe because of Chinese pressure put on the Indian government. But, I do not know...I did not get any explanation from the Indian side,” he said.

After India had issued a visa to Isa, China had protested labelling the dissident leader a ‘terrorist’.

“What I want to point out is that Dolkun is a terrorist in the red notice of the Interpol and Chinese police. Bringing him to justice is the due obligation of relevant countries,” said Chinese Foreign Ministry spokesperson Hua Chunying on Thursday in Beijing.

When India had granted a visa to Isa, it was seen as New Delhi’s response to Beijing’s move to block a ban on Jaish-e-Muhammad (JeM) chief Maulana Masood Azhar at the United Nations.

It seems that India acted in haste and in our hurry for revenge we forgot to look at the Interpol notice or ramifications of ignoring it. India allows a lot of its criminals to slip through and then hunts them with the help of Interpol. Ignoring the Interpol notice would have cost India.  Now that damage has been done to India’s China policy, an official statement should be issued clearing the controversial flip-flop.

Isa had last week written to the Indian mission (he is currently in Germany) asking for a guarantee that he will not be arrested in India. Government sources said: “India has to honour Interpol rules. Isa would’ve been arrested if he had come to India.”

Isa had been invited to a conference being organised by the US-based ‘Initiatives for China’ led by a former Chinese dissident, Yang Jianli.

The Chinese government says it faces a serious threat from Islamist militants and separatists in energy-rich Xinjiang, which sits strategically on the borders of Central Asia and where hundreds have died in violence in recent years.

At least 50 people died in September at a coalmine in Xinjiang at the hands of knife-wielding Uyghur separatists, US-based Radio Free Asia had reported.

Xinjiang, which has over 10 million Uyghur population of Turkik-origin Muslims, has been on the boil for several years over Uyghur protests against the large-scale settlements of Han Chinese from different parts of the country.

The main Uyghur groups abroad are the separatist East Turkestan Liberation Movement, founded in Turkey in the late 1990s, and the World Uyghur Congress, which was set up in Germany in 2004.

Finally, Isa says despite the Red Corner Notice against him he has travelled freely to other democratic countries like the US and Japan. But then, the US breaks international laws to suit its policies and interests. India is still not the US in economic strength or a political power to overlook international agreements.

“As the Executive Committee Chairman of the World Uyghur Congress (WUC), I express my disappointment on Indian authorities’ cancellation of my visa to attend the annual Interethnic Interfaith Leadership Conference taking place in Dharamsala, India, from April 30 to May 1, 2016. This conference remains a vital forum through which ethnic and religious communities in China related areas, as well as statesmen, scholars and activists are able to meet openly to discuss and exchange ideas, promote peaceful dialogue, and reinforce bonds between disparate communities.

India had granted me a tourist e-visa, but it was cancelled after my visit was widely reported in the Indian press. Following numerous reports, Indian authorities then proceeded to rescind the visa on April 23, 2016. I recognise and understand the difficult position that the Indian government found itself, and regrets that my trip has generated such unwarranted controversy.

This is not the first time that I have had faced difficulties in my international travels to advocates Uyghur rights. In September 2009, I was detained briefly and denied entry to South Korea while travelling to attend the World Forum for Democratization in Asia, to which I was an invited guest. China also has regularly attempted to block or interfere with my human rights work at the UN in Geneva, in particular.

I also reject any comparison or association to China’s recent veto by the UN Security Council Sanctions Committee of Pakistani militant leader, Masood Azhar. Such an unjustifiable comparison seeks only to delegitimize my decades of impassioned work as a strictly non-violent campaigner for Uyghur rights. China’s clear abuse of Interpol’s Red Notice issuance is also concerning.

Historically speaking, the Uyghur community has maintained friendly ties with the Indian people. The Indian government hosted our late leader, Isa Yusuf Alptekin and Uyghur refugees after they fled China in 1949.

Finally, I would like to thank the Indian people for their determined solidarity and commitment to rights activists like myself who wish to continue to develop and support dialogue among peoples of all faiths and ethnic backgrounds. I remain disappointed with the final decision, but I am hopeful that positive steps may be taken to maintain India’s relationship with the Uyghur community.

I therefore wish the conference success and hope that meaningful dialogue will take place between those who have the privileged of participating the upcoming conference.”