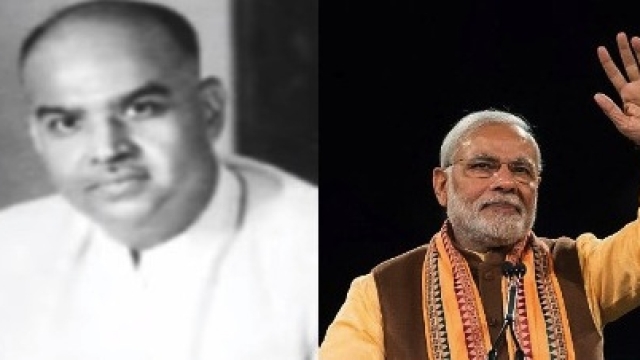 In early 1940s, the Muslim League, then powerful in the state ministry, was being criticized harshly for its failure to contain the notorious Bengal Famine, engineered by Churchill. So it decided to shift the focus from famine while at the same time reinforce fault lines for the Islamist vivisection of Bengal. So on 24 April 1943, the League Education Minister, Tamizuddin Khan introduced the 'Secondary Education Bill' in the assembly. The Secondary Board would have a 53-member committee, majority of whom would be either nominated or ex-officio. And this board would have 'power to direct, supervise, develop and control secondary education'. The elected members in the Board would be from separate electorates of Hindu, Muslim and SC teachers. And schools too had to have have committees on the basis of communities: Islamic Secondary Committee, Hindu Secondary Committee etc.

Dr. Shyama Prasad Mukherjee who was not only a Hindu Mahasabha leader but also an educationist who had nurtured Swadeshi science education through concerted efforts, was in the forefront of the opposition to this Islamist attack on secular education. Nevertheless, even Muslim members like Abu Hussain Sarkar opposed this bill saying that if such communal electorate was to be introduced in the field of education then 'there would not be any Hindustan or Pakistan but simply gorostan [graveyard]'.

When student protests erupted, the League leaders resorted to label the protests as 'an attempt by high caste Hindus to retain their monopoly over higher education through Calcutta University' which they labelled as the 'Zamindari of Shyama Prasad Mookerjee'. That was, of course a lie. One of the important protestors against the League’s education bill was a young physicist Meghnad Saha – who did not come from any of the so-called ‘high caste Hindus’ aiming for monopoly over higher education. Refuting the allegation of the University being the zamindari of Dr. Shyama Prasad Mukherjee, Abdul Wahad, a prominent politician of undivided Bengal wrote that ‘from the days of his father Shyama Prasad Mukherjee has some contribution ...and sacrificed a lot for the Calcutta University' and asked the Muslim League Ministry ‘what sacrifice they had accepted in their part to set up their empire over the schools of Bengal.’

It is interesting here to see some of the important contributions which Dr. Shyama Prasad Mukherjee made to the Calcutta University, which immensely benefitted the Presidency College which was also his alma matter. When the scientist Prof. Narendra Mohan Basu worked hard for the introduction of physiology in general education, he was helped by Dr. Shyama Prasad Mukherjee. With Mukherjee as the Vice-Chancellor of the University, Prof. Basu was able to organize a committee in the Indian Science Congress.

When later Dr. Meghnad Saha was striving to establish the Institute of Nuclear Physics in the newly-born Indian state, Dr. Shyama Prasad Mukherjee became a strong supporter of Saha in this effort. Earlier Dr. Saha, a rationalist physicist who had clashed with the orthodoxy on many occasions and who had condemned the attitude that ‘Vedas have all knowledge’, was one of the seven intellectuals of Bengal who had signed a petition supporting Dr. Shyama Prasad Mukherjee’s movement for a safe homeland for the Hindus of Bengal. That Saha was Marxist-leaning never allowed the scientist to lose sight of the grave concerns of Hindus as a people in Bengal. That Dr. Mukherjee was a Hindu nationalist never prevented him from supporting the institution-building of Saha for creating world class research in India.

With a great insight Dr. Mukherjee made the University senate to accept the Tata Trust seed grant for Saha's plan for having a cyclotron as early as 1941. For all the internationalism a Marxist was supposed to have, Saha wanted a national character for India's nuclear research instead of having complete dependence on AEC.

It was natural (and very appropriate even in hindsight) that it was Shyama Prasad Mukherjee who laid foundation to India's first institutional venture into Nuclear Physics on April 21, 1948.

Later when the University senate wanted complete control of the land, governance and admission/employment in the Institute, asserting the right of West Bengal, that threw a spanner in the establishment of the Institution. Dr. Mukherjee was the one who strongly supported Saha and toiled to create 'constitutional compromise between local and national forces' thus making Saha's Institute become functional.

Today after all these decades, when one looks at today’s Bengal, it is no more the safe haven that Dr. Meghnad Saha and Dr. Shyama Prasad Mukherjee thought it would be for Hindus. The League’s Education bill which they, and even ‘secular minded’ Congress men of their time found ‘communal’ would have been hailed today as a great ‘empowerment of minorities’ and those who oppose it would have been labelled ‘high caste anti-secular fascists’.

So when in 2017, the Presidency University, which was formerly Presidency College, decided not to call the Prime Minister of India, Narendra Modi for its bicentennial celebrations, ‘keeping in mind the secular fabric of the institution’s history’, (as one of the celebrations committee member told media), a significant dimension of the heritage of the institution in particular and of Bengal in general has been negated. After all Modi represents the continued legacy of Dr. Shyama Prasad Mukherjee and no amount of spineless crawling in fear of the pseudo-secular tantrums and fatwas of CM Didi by the university officials, can erase that fact from history.