Is it A Crime To Speak Of Islamist Atrocities? Karnataka Journalist Arrested After Speech Against Tipu Sultan 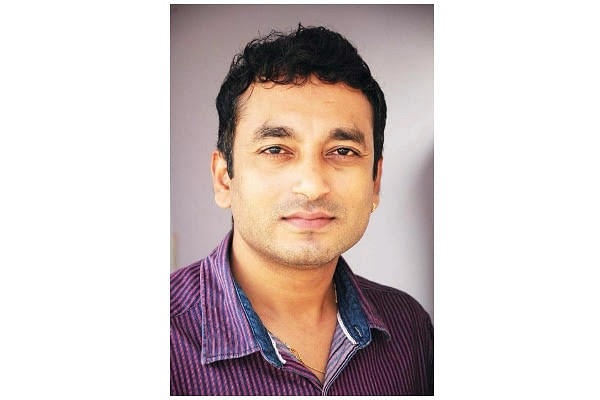 There is an uproar after the police arrested noted journalist Santhosh Thammaiah following his speech on Tipu Sultan, who has been considered by many as a tyrant and not a freedom fighter.

The midnight arrest has been criticised in various quarters, with many asking, what was the hurry to arrest him. Thammaiah, like all Kodavas, has been vocal about his views on Tipu Sultan.

Tipu is nothing but a tyrant in Kodagu and the Kodavas accuse him of defeating them by using fraudulent means. He is also been accused of mass murder and large scale forced conversions.

In an event held last week, Thammaiah spoke in depth about Tipu Sultan and detailed the atrocities committed by the ruler, especially on the Kodavas. Thammaiah’s speech came at a time when Karnataka was gearing up for the Tipu Jayanti celebrations. The government decided to go ahead with the celebrations, despite stiff opposition from the Bharatiya Janata Party (BJP) and Kodagu residents.

BJP MP from the Mysore-Kodagu region was quick to question the arrest. He said, “your timid government arrested my dear friend, Santhosh Thimmaiah. We will fight it out.”

The arrest of Thammaiah was on the cards ever since he made the speeches. Moments after he made the speech, the police booked a case against him, the arrest being a mere formality. The big question now being raised is if free speech exists at all in Karnataka, which is ruled by the Janata Dal (Secular)-Congress alliance.

Senior BJP leader B L Santhosh said in a tweet, “Santhosh Thimmaiah, a writer with nationalist leaning arrested by coward Karnataka police for speaking against Tipu Jayanthi. We will fight tooth and nail against this cowardice act.”

Santhosh Thammaiah , a writer with nationalist leaning arrested by coward Karnataka Police for speaking against Tippu Jayanthi .. We will fight tooth & nail against this cowardice act .. #IamwithSanthoshThammaiah

Moments after the arrest, many came out in support of Thammaiah. Twitter was awash with an outpouring of support for #iamwithsantosh. Rajesh Padmar, tweeted, “nationalist journalist Santhosh Thammaiah arrested for speaking the truth on Tipu Sultan in a programme held near Kodagu. A clear action against the freedom of speech and expression. He told the historic truth about Tipu. Nothing wrong.”

Nationalist Journalist Santhosh Thammaiah arrested for speaking the Truth on Tipu Sultan in a program held near Kodagu, Karnataka. A very clear action against the Freedom of Speech and Expression. He told the historic truth about Tipu. Nothing wrong. #IamwithSanthoshThammaiah pic.twitter.com/fV0ILBZKBZ

Despite there being so much outrage, the government continues to remain adamant on celebrating Tipu Jayanthi. The celebrations were started by the Siddaramaiah-led Congress government in 2015, when the event turned violent.

Madikeri the capital of Kodagu was tense that year as well. Vishwa Hindu Parishad organising secretary Kuttappa, aged 60, suffered head injuries in the stone pelting and died. The police, however, said that he died due to the injury sustained while jumping over a compound wall.

Since 2015, Tipu Jayanthi is being celebrated every year, despite protests. This year, however, the celebrations were muted, with the state government banning processions. The embarrassed supporters of Tipu Jayanthi celebrations stayed away citing some excuse or the other. Chief Minister Kumaraswamy cited health reasons for not taking part, and Deputy Chief Minister, Dr G Parameshwar decided to give the event a miss at the last minute.

Also read: Why Kodagu Always Has And Always Will Oppose Tipu Jayanti Celebrations