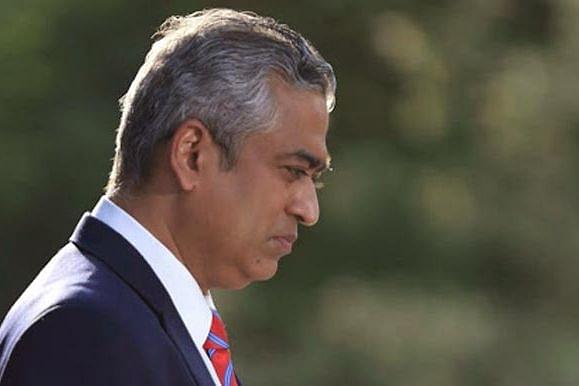 The tweet of journalist Rajdeep Sardesai, which led to his organisation India Today taking him off the air for two weeks and docking one month’s wages, raises disturbing questions.

One, how far are journalists liable for tweets that they believe to be true initially but later turn out to be false? And two, should journalists who are in the thick of all the action be tweeting anything at all that is not double or triple-verified? Especially if it is something they themselves have not observed directly? And what if the tweet is deleted or corrected? Is he still liable?

Sardesai’s original tweet, later deleted, said this: “One person, 45-year-old Navneet, killed allegedly in police firing at ITO. Farmers tell me: the ‘sacrifice’ will not go in vain.”

Clearly, the tweet was unwarranted for three reasons. There was no evidence at all that the police were using anything other than tear gas and lathis to control unruly crowds. So, the allegation that someone was shot in the firing was clearly not very believable. Second, once it was clear that the tweet was wrong, no apology was offered. And third, we are missing the element of potential incitement to violence that may not have been intended, but still carried the risk.

Sardesai was right to quickly delete the tweet and put out another saying this: “While the farm protestors claim that the deceased Navneet Singh was shot at by Delhi Police while on a tractor, this video clearly shows that the tractor overturned while trying to break the police barricades. The farm protestors’ allegations don’t stand. Post mortem awaited.”

While this is partial recompense for the original mistaken reporting, what it lacks is a sincere apology for the original tweet, which could have potentially ignited further violence, since it quotes unnamed farmers as saying that “the ‘sacrifice’ (of the person allegedly shot by the police) will not go in vain”. Why should journalists be airing veiled threats of violence, and that too from unnamed sources, when such threats of violence are unacceptable and carry possible jail terms if proven.

And it wasn’t only Sardesai making this blooper. Another publication with no love lost for the Narendra Modi government, The Caravan, tweeted the same misinformation. The magazine tweeted: “Navneet Singh, a 34-year-old #farmer protester from Uttarakhand, was shot and killed at ITO this afternoon, acc to an eyewitness. The shooting took place outside the Andhra Education Society on Deen Dayal Upadhyaya Marg, he said. #FarmerProtest.”

Again, which journalist worth his salt will tweet out unverified allegations without a police input to the story? And that too right in the midst of a violent mob attack on policemen. How can any responsible journalist pour ghee in the fire when tempers and anger run so high? Do journalists have no responsibility to help keep the violence down, even assuming the report of police firing was actually true? Legitimate use of force by an outnumbered police force does not call for such reporting.

The police have since filed FIRs against some journalists, including Sardesai, for “seditious” tweets. This, again, is overkill. What they should be asked to do is apologise without “ifs and buts”. If they don’t, they will stand exposed for being indirect agent provocateurs.

But even a supposedly responsible watchdog of journalism like the Editors Guild of India, of which I am a part, does not get it. Its statement condemning the FIRs said: “It must be noted that on the day of the protest and high action, several reports were emerging from eyewitnesses on the ground as well as from the police, and therefore it was only natural for journalists to report all the details as they emerged. This is in line with established norms of journalistic practice.”

In short, shouting “fire” in a crowded place is an “established” norm of “journalistic practice”.

If you look a little deeper, the real problem is not that some journalists may make mistakes in tweets or reportage in the midst of a high-decibel protest that includes violent activity. It is about suspending basic journalistic scepticism when hearing allegations from one side or the other and not cross-checking before putting out information that you have not personally witnessed or observed.

Throughout this two-months-old protest by farmers, some journalists have been willing to accept all the claims made by the protesters at face value, while denying (or ignoring) counter-claims and the silent opposition to it.

Three bits of fake narrative are worth noting:

One, that it was a “peaceful” protest. Can the blocking of public spaces be called peaceful, when the force of numbers has been used to deny other citizens the right to use public spaces? Can the destruction and deactivation of over 1,500 mobile towers be called anything but violent activity? And, after the events of 26 January, no one can even maintain this claim. It’s all on video.

Two, throughout this eyeball-to-eyeball confrontation, where hordes of farmers were holding a gun to the government’s head, few anti-government journalists even bothered to point out that the government was making repeated concessions, and it was the farmers who were intransigent. Suppressio veri, suggestio falsi.

Three, very little was said about the silent majority’s rights, or the farmers who were happy to accept the farm laws as beneficial to them. Right from the outset, it was deemed to be an all-India agitation by aggrieved farmers, when it was obvious to everyone that farmers from Punjab, Haryana and western Uttar Pradesh were the main drivers of the protests.

Few journos even bothered to point out the hypocritical behaviour of farmers who came to talks and refused to eat state-provided food, even though their basic demand was that the state should feed them with endless subsidies by procuring rice and wheat at well above market prices.

The real problem, in one line, is not the occasional mistaken story or tweet, but a suspension of basic journalistic scepticism over claims and counter-claims. A journalist who is willing to be sold a pup just because he believes in the cause of one party cannot truly do good journalism. That’s the moral of the story.