Jahangirpuri Riots Probe: This Is Why The ‘Bengal Link’ Emerges In All Islamist Plots In India 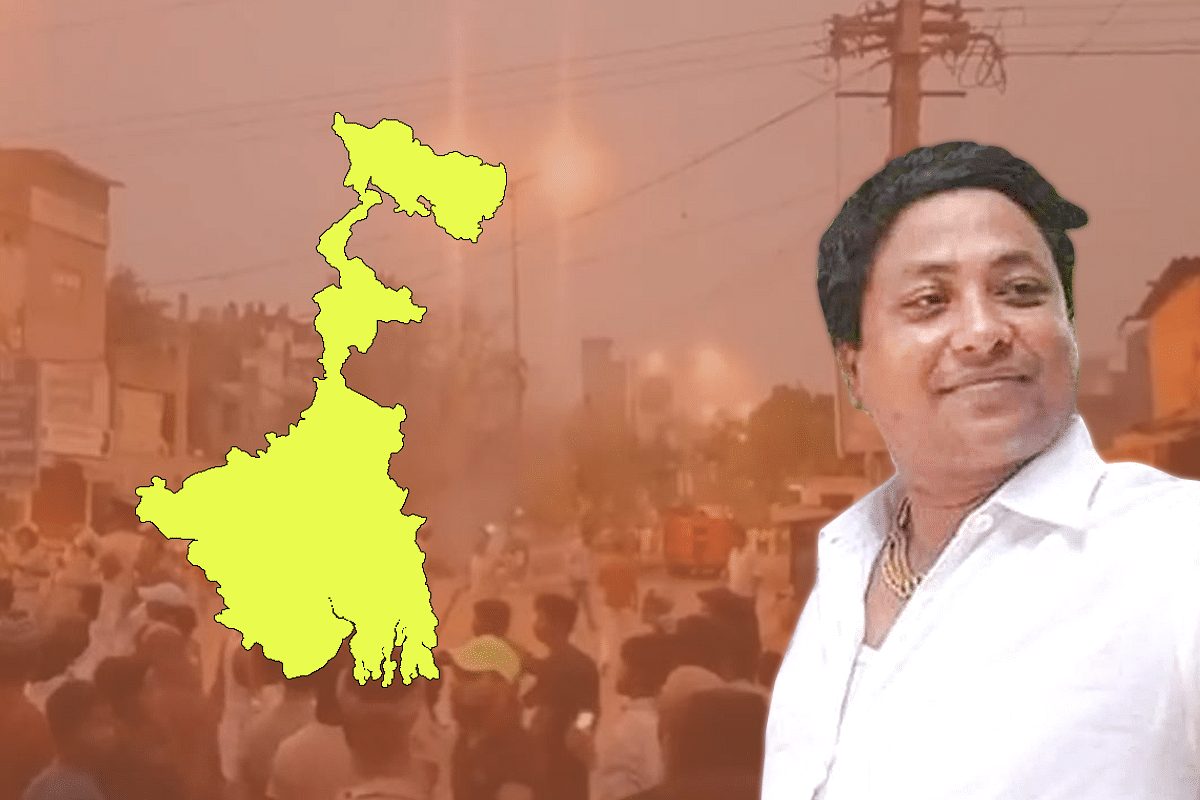 Even as the Delhi Police investigates the involvement of suspected illegal Muslim immigrants from Bangladesh in the Jahangirpuri riots that were triggered by attacks on Hanuman Jayanti processionists by Islamist mobs, a Bengal link has emerged in the violence.

A Delhi Police team is now in Bengal’s East Midnapore district probing the link of Mohammad Ansar, a prime accused in the riots, to his wife’s native village of Kumarpur in the district. Ansar, a scrap dealer, is suspected to have instigated Muslim rioteers to attack the processionists and supplied lethal objects to them.

Ansar, said to be hailing from Bihar (though that is also suspect), married a woman from Kumarpur and had been staying with his in-laws during the pandemic-induced lockdowns. The family--his in-laws and Ansar himself--never used to mix around much with locals, but would regularly host clerics from other parts of the country.

While all that is the subject of a thorough probe, what is more significant is the ‘Bengal angle’ that emerges in most such Islamist plots all over the country. And also the Bangladeshi angle, which is also intrinsically linked to Bengal since these illegal immigrants enter India mostly through Bengal.

It is well-known that almost all the illegal immigration of Bangladeshi Muslims happens through the porous international border in many parts of Bengal. But to blame the porosity of the border, and the BSF manning the border (as Bengal Chief Minister Mamata Banerjee often does) is to miss the wood for the trees.

Bangladeshi Muslims illegally enter Bengal not just because the border is porous, but because they have been enjoying political patronage under successive regimes in Bengal right from Congress rule, the Left rule and, over the past eleven years, Trinamool rule. The illegal Muslim immigrants find safe havens in Bengal and, thanks to the state’s ruling politicians who view them as valuable vote banks, get support and protection from the state administration, including the police.

The illegal immigrants get identity documents like ration, Aadhar and even voter identity cards with the help of local politicians and officials and then migrate to other states where they assert their fake Indian identity and indulge in illegal as well as subversive activities.

That state and political patronage, and not a porous border, fuels illegal influx is evident from the case of Assam where such influx has stopped completely of late. That’s because the Bharatiya Janata Party (BJP), which came to power in that state in 2016, withdrew all patronage to the infiltrators and ensured that they face a hostile environment in Assam.

Without the protection and patronage of ruling politicians that these Bangladeshi Muslim infiltrators used to enjoy under successive Congress regimes in Assam, and with the BJP government in the state asking the police and civil administration to crack down on the infiltrators, illegal immigration has nearly stopped.

But the exact opposite is the case in Bengal where political patronage of the Muslim infiltrators has only increased under Trinamool rule. If anything, this patronage has become only more blatant and vast swathes of Bengal, especially in the districts bordering Bangladesh, have turned into Muslim-majority zones.

As numerous Intelligence Bureau (IB) reports have revealed, a substantial section of the Bangladeshi Muslims who enter India don’t do so in search of better economic prospects. As Bangladesh premier Sheikh Hasina glibly stated a few years ago, her country has immigration pacts with many countries for ‘export’ of unskilled, semi-skilled and skilled Bangladeshis to those countries.

As Sheikh Hasina rightly said, those plentiful legal migration opportunities--more than four lakh Bangladeshis travel to other countries to work every year--are much more lucrative than entering India surreptitiously. While the illegal immigrants from Bangladesh earn very little in India and run the constant risk of being detected when they migrate from Bengal to other states, the legal migrants to other countries earn more and are completely secure there.

So why do Bangladeshi Muslims sneak into India through Bengal in such large numbers when they can easily go to other countries legally to earn much more than what they would in India? IB officials and those in the know say that the illegal influx of Bangladeshi Muslims into India is driven not by economic, but by religious factors.

“Human traffickers linked with radical Islamist organisations like the Jamaat-ul-Mujahideen Bangaldesh (JMB), the Bangladesh Jamaa-e-Islami and the Ansarullah Bangla Team (ABT) organise this illegal immigration. The traffickers are paid considerable sums of money by these radical outfits to push in poor and landless Muslims into India,” a senior IB officer told Swarajya.

The officer, who has studied this illegal immigration for many years and has interrogated many illegal Msulim immigrants, said: “The poor and landless peasantry in Bangladesh is highly radicalised and completely in the grip of Islamist clerics who preach hatred against other faiths. They harbour deep animosity and contempt for Hindus who they disparagingly call malauns”.

“The whole purpose behind pushing a large number of Hindu-hating, radicalised Muslims into India (Bengal) is to slowly alter the demography of many strategic areas in the country (like the Siliguri corridor in North Bengal that forms the crucial link between Northeast India and the rest of the country). And, also very importantly, these radicalised illegal Muslim immigrants become easy recruits for many illegal and subversive activities within India,” the IB officer said.

That’s why, of late, many Bangladesh-origin Muslims have been found involved in riots in many parts of India. “The largescale illegal immigration of Bangladeshi Muslims is nothing but a deliberate ‘demographic invasion’ of India. And more dangerous is the fact that these illegal Muslim immigrants form the ‘fifth column’ within the country,” the IB officer added.

Since Bengal is the first safe haven for these illegal Muslim immigrants, the ‘Bengal link’ has been emerging in many Islamist plots, riots and illegal acts across the country. And Bengal’s self-serving and short-sighted ruling politicians who offer protection to these Muslim immigrants in return for their votes (that keeps these politicians in power) are to blame for this.

Also Read: Largescale Leakage Of Public Money In Bengal Is The Reason Union Government Is Reluctant To Give State More Funds