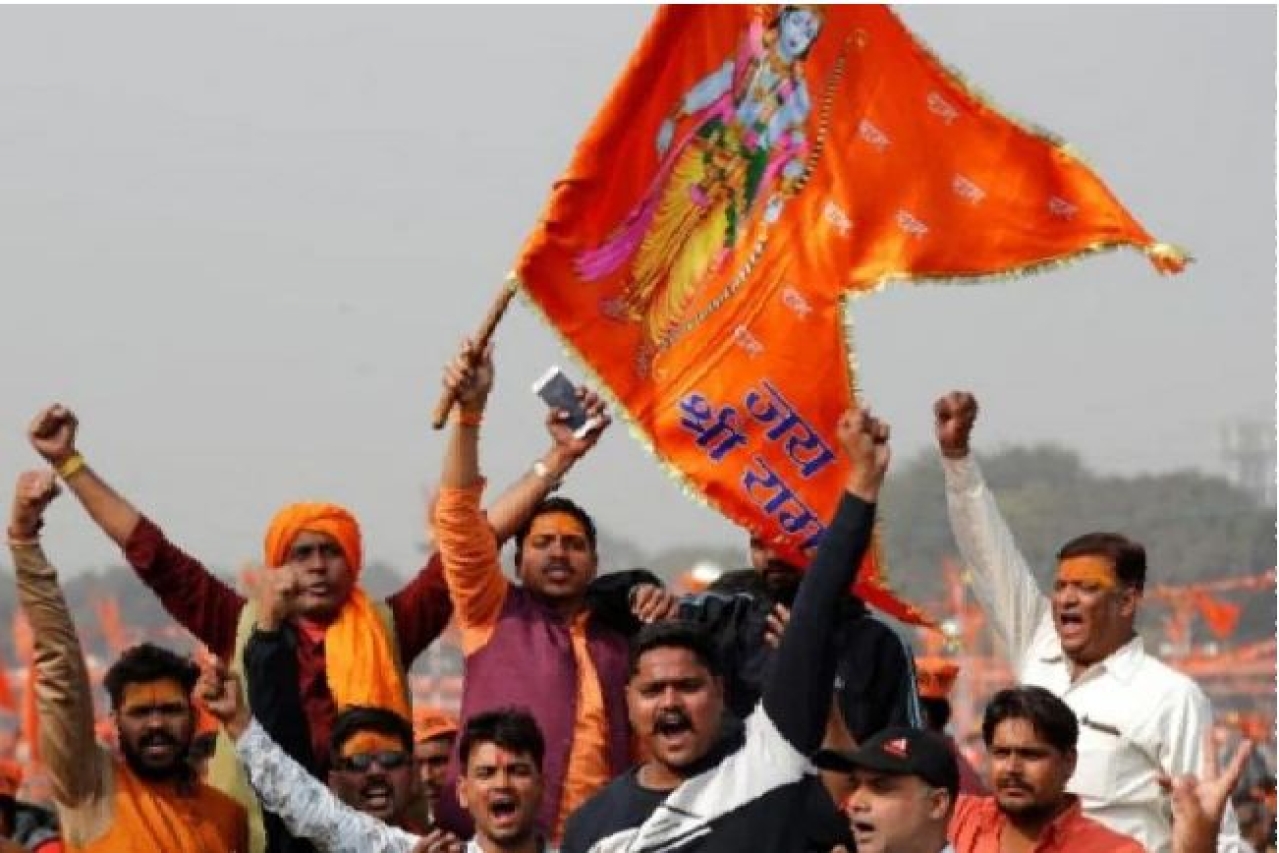 It has become fashionable to talk of the “Weaponisation of Jai Shri Ram”. The Hindu-baiting Left had started using the term some time ago to discredit political Hinduism, or Hindutva, but it is surprising to see a scholar and former bureaucrat, Pavan Varma, being linked to the term.

In an article in The Times of India, Varma, a Janata Dal (United) member and author of several books, including some on Shri Krishna and Adi Sankaracharya, says that those who use the ‘Jai Shri Ram’ slogan with aggressive intent are doing an injustice to him, as he is worshipped as a benevolent and just ruler. Though Varma does not specifically use the term “weaponisation” of Jai Shri Ram, he believes – and rightly – that the chant is no longer just a form of greeting in north India. It represents a new aggression on the part of those who use it.

While there is no disagreement that mobs who corner hapless minorities and force them to chant ‘Jai Shri Ram’ are doing a disservice to Rama’s image, one needs to ask whether the benign and benevolent face of Rama is the only one that is real. Isn’t it a fact that Rama is almost always shown bearing arms, and that his arms are used to battle on the side of dharma? So, to assume that there is only one side to Rama is wrong. In the Ramayana, Rama battles all kinds of evil and enemies, and not just Ravana.

Secondly, whatever be the formal and accepted image of a founding icon, it is what his followers make of him that ultimately defines what the founder stands for. Jesus may have been the type to turn the other cheek, but few of his followers would do so today, not to speak of the Christianity that followed his crucifixion.

Christianity was weaponised very early by its saints and converts, both against the Jews who were blamed for the crucifixion, and the classical civilisations and pagan cultures that early Christianity encountered, including Hellenism. In fact, Christianity was fully weaponised from the time of Emperor Constantine, where rival sects and religions were persecuted out of existence.

Pre-Christian shrines and temples were destroyed by the hundred. A good book to read is one by Catherine Nixey, The Darkening Age: The Christian Destruction of the Classical World. In India, Christianity’s weaponisation peaked during the Goan inquisition (see this YouTube video here), and even today evangelical sects continue to demonise Hinduism in order to grow through conversions.

In the case of Islam, there is not even a pretence of non-weaponisation. The prophet was not just spiritual guide and founder of Islam, but also its political and military head. Islam has always been weaponised, used both against its own people and the people it conquered. In India, Allahu-Akbar is the war-cry of weaponised Islam.

The Sikhs, who began as a reformist sect in north-western India, had been weaponised by the time of Guru Gobind Singh. Sat Sri Akal is as much a weaponised slogan of the Sikhs as Jai Shri Rama is now supposed to be for political Hindus.

It is manifestly unjust to single out the 'weaponisation' of political Hinduism through the chant of Jai Shri Ram when the slogans of rival religions do not even attract a passing comment of condemnation.

Calls for disarmament will never be heeded unless all those arming themselves are simultaneously called to destroy their arms and war-cries.

The truth is that Hindus weaponised Jai Shri Ram a bit late in the day, when all the earlier weaponisations of other religions had been accepted as normal.

So, while one respects Pavan Varma’s note of caution on weaponising Jai Shri Ram where it leads to mindless violence and victimisation of minorities, it would be hypocrisy to not call out Allahu-Akbar and other such forms of weaponised sloganeering in other religions.

When rival religions have all been weaponised centuries ago, it is hypocrisy to call out only one form of weaponisation just because it is happening late in the day. If political Hinduism is to be de-weaponised without forcing the others to do so, it is akin to unilateral disarmament. It may be morally wonderful, but practically suicidal for those being called to give up arms.