Karnataka Assembly Election Results – What To Watch Out For 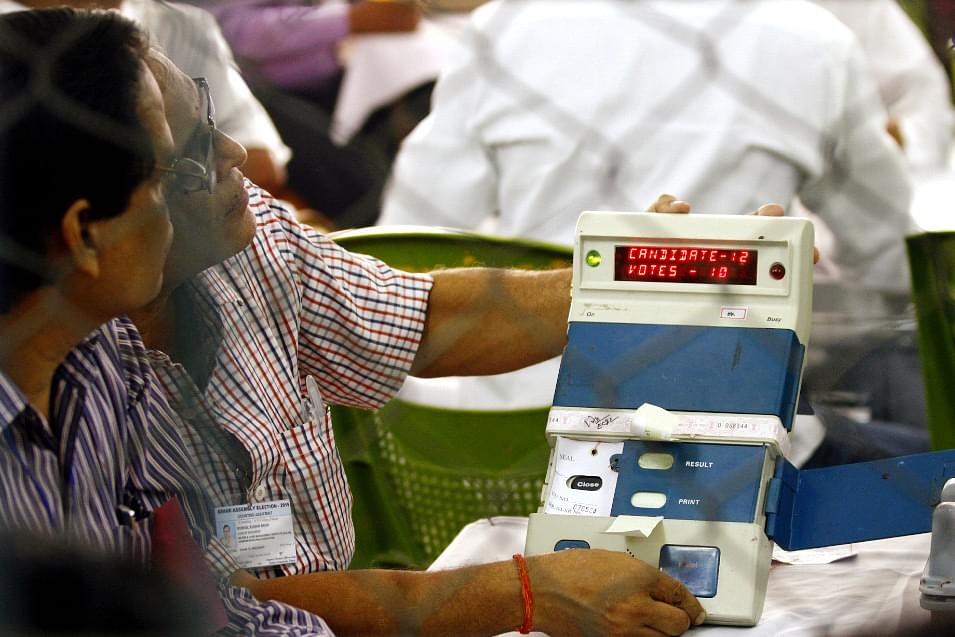 After a fascinating campaign and voting, we are now a few hours away from the results. This has been an election with a large number of issues from minority status to farmer suicides, with burning lakes, expensive watches, Reddy brothers, Kannada pride, Nalapad and other sundry things thrown in. Quite naturally, one analyses what are the issues that struck a chord with the voters, through the lens of the results. As Kalidasa proclaimed, “फलानुमेयाः प्रारम्भाः” (Phalaanumeyaaha Praarambhaha). So, here is a ready reckoner of a list of dozen results to watch.

What to watch out for and why:

Did the idea of contesting from two constituencies hurt or help?

Without a doubt, the two most important constituencies to watch are, Badami and Chamundeshwari, from where the Chief Minister Siddaramaiah is contesting. While Badami in 2013 voted for the Congress, Chamundeshwari was with JDS.

Then there is the former Chief Minister, HD Kumaraswamy of Janata Dal Secular (JDS), who is contesting from neighbouring constituencies of Ramanagara and Channapatna. Kumaraswamy is the sitting Member of the Legislative Assembly(MLA) from Ramanagara. The keener contest is in Channapatna, where Kumaraswamy is challenging the incumbent CP Yogeshwar. Yogeshwar, who is now with the BJP, has switched sides for the last three elections and won every time.

A close associate of the Reddy brothers B Sriramulu of the Bharatiya Janata Party (BJP) is fighting Siddaramaiah from Badami and is also contesting from Molakalmuru.

Did Siddaramaiah’s ploy of splitting the Lingayats work?

This will get answered by what happens in the 76 constituencies in the northern districts along the national highway 48 from Belagavi, Dharwad, Bagalkot, Vijayapura Gadag, Haveri, Shivamogga, Davanagere and Tumkur. Congress had 45 seats, while BJP+Karnataka Janata Paksha (KJP)+ Badavara Shramikara Raithara (BSR) Congress had 18, in the 2013 elections. Interestingly, JDS had won 11 of these constituencies. So, this will be keenly watched.

Babaleshwar and Dharwad are the constituencies of the two leading Congress players in the Veerashaiva/Lingayat issue: M B Patil and Vinay Kulkarni.

Did the BJP miscalculate the impact of fielding the Reddy brothers?

This will be answered by what happens in the 22 constituencies of Raichur, Chitradurga and of course, Bellary. Congress held 12 of these seats, while BJP+KJP+BSR held 6. JDS had three seats from this region.

Did the defections (both into and out of the party), as also the gossip KJP vs BJP, on election eve help or mar the BJP?

This will get answered in the 31 constituencies of Bidar, Kalaburgi, Yadagir, Koppal and Shivamogga. Congress had 17 seats, while BJP+KJP had eight seats and JDS had five seats.

Did the issue of the murder of Hindu workers make an impact?

This will get answered by the 24 constituencies in Uttara Kannada, Udupi, Dakshina Kannada and Chickamagalur. In the outgoing assembly, Congress had 14 seats, and BJP had five seats, while the JDS had two.

Is the strength of the JDS waning, as former Prime Minister HD Deve Gowda ages?

Though JDS was the first off the blocks in announcing candidates for many constituencies several months before the elections, it is being rumoured that things aren’t as pretty. This will be answered by the results of the 38 constituencies in the districts of Hassan, Mandya, Ramanagara, Mysore, Bengaluru rural and Chikkaballapur. JDS had the upper hand with 18 seats, while Congress had 17. BJP scored a duck out of these 38 seats. Another reason to pay attention to these constituencies is that these seats offer the best chance for Congress to offset any losses from the northern Karnataka regions.

Did BJP’s lacklustre campaign in Bengaluru stop it from crossing the line?

Of Bengaluru’s 26 constituencies (for which elections were held), Congress had 12, BJP 11 while JDS had three.

Koratagere – Karnataka Pradesh Congress Committee(KPCC) President Parameshwar and one of the contenders for Chief Ministership from the Congress, is standing from here. He had lost in 2013, leading to stories of the internal scuttling of his chances.

There are the three constituencies of Shivajinagar, Shantinagar and Sarvagnanagar from where Roshan Baig, N A Haris and George are seeking re-election in Bengaluru. Interestingly, Baig is fighting BJP’s Katta Subramanya Naidu, who also faced corruption charges and was later exonerated by the courts.

Constituencies of the ‘Seven Rebels’ from the JDS: Chamarajapet, Nagamangala, Gangavathi, Magadi, Srirangapatna, Hagaribommanahalli and Pulakeshinagar. Zameer Ahmed, Cheluvarayaswamy, Iqbal Ansari, HC Balakrishna, Ramesh Bandasiddegowda, Bheema Nayak and A Srinivasamurthy voted against the JDS whip, a few years ago, but weren’t disqualified. Deve Gowda has put in a lot of effort to defeat the defectors.

Gurmitkal would be interesting to watch, as this constituency might point to whether the influence of Mallikarjuna Kharge is waning. Last time, the margin was less than 2,000 votes in this constituency. This could impact the Congress leader’s chances of leading his party.

There is the talismanic constituency of Shirahatti in Gadag, which has the reputation of being represented by the ruling party for the last few decades. Congress won by all of 315 votes in 2013. So, this will be closely fought again.

Finally, the vote share is the most important number to watch:

Well, it's time to get glued to the screens.