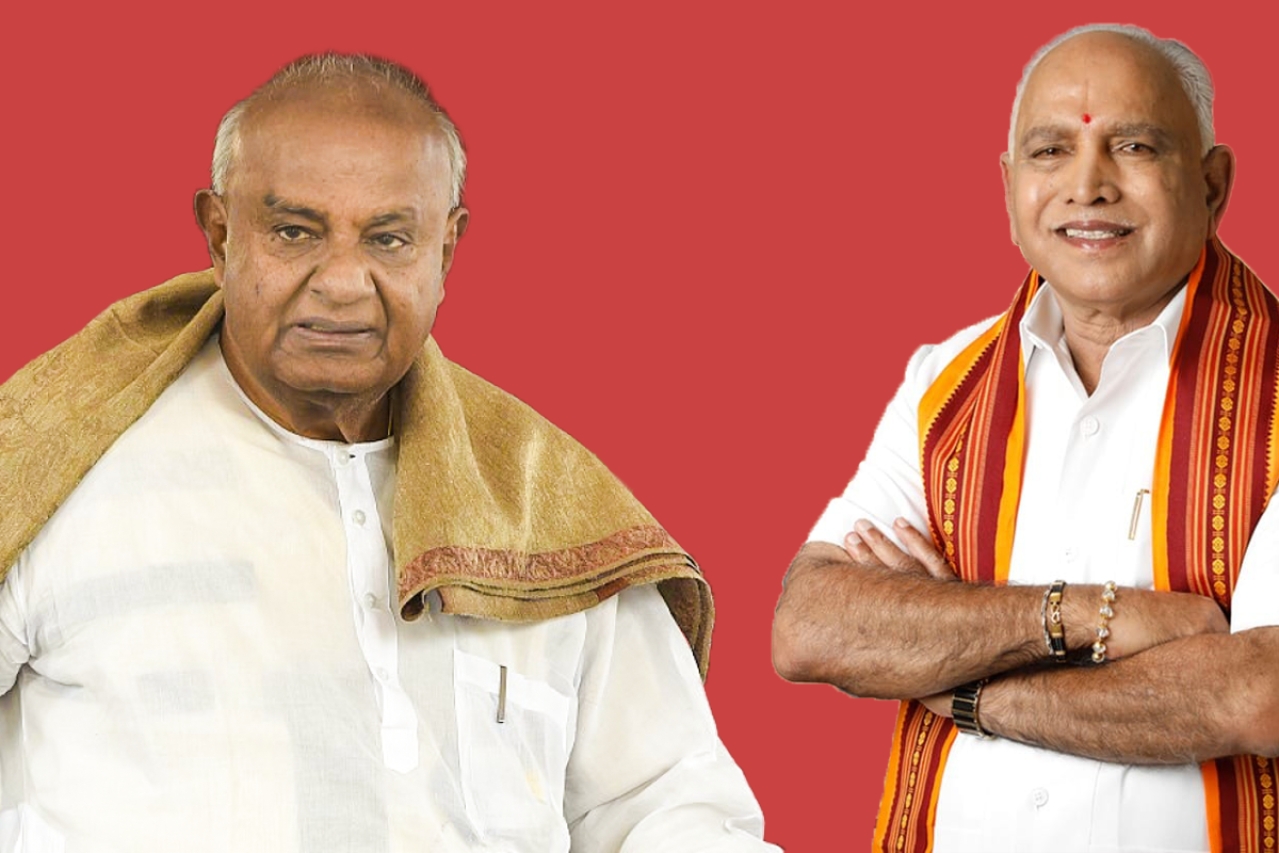 The Karnataka bypolls have proven to be a litmus test for the two tallest standing leaders of the state.

While chief minister B S Yediyurappa has emerged taller and stronger and so much more than just a Lingayat leader, the loss of face for the Janata Dal (Secular) (JD(S)) supremo is not one that the family can afford to ignore.

For the Gowda heartland is what has been broken into.

Not just has the JD(S) failed to win a single seat the by-polls, it has let the BJP walk away with its ‘sugar bowl’ as BJP candidate has won the K R Pete seat by a margin of around 10000 votes.

This is a region where the JD(S) had won all the seven constituencies in the district in 2018, and has a stronghold over 50 per cent of the urban local bodies and panchayats.

K R Pete is part of Mandya Lok Sabha constituency, which has traditionally been the bastion of the JD(S) .

The BJP has never won any election - be it assembly or Lok Sabha - in Mandya while the Congress had last won the Lok sabha seat during the 2013 by-elections when its famous Kannada actress-turned-politician Ramya defeated C S Puttaraju of the JD(S).

Former JD(S) MLA Narayana Gowda who was one among the rebels who resigned and joined the BJP defeated the JD(S) candidate B L Devaraj winning 39.41 per cent of the total votes.

The BJP candidate for Mandya in the 2018 elections B C Manju had received just 9819 votes here . This is almost equal to the margin of 9713 votes with which the rebel turned BJP candidate Narayana Gowda has won this election.

Of the total 12 seats that the party contested, the JD(S) failed to win a single one, with the party’s spokesperson Tanveer Ahmed also losing to Congress’s Rizwan Arshad In Shivajinagar.

And this is no good news as it might just be the beginning of the end of the party.

The BJP, a party dubbed ‘predominantly north Indian’, led by a leader who was projected as being mainly a ‘Lingayat’ strongman, has broken into Mandya.

But this is in fact the second time that the family stronghold ‘Mandya’ has voted against the JD(S).

It had previously rejected the Gowda family scion Nikhil Kumaraswamy who contested against Sumalatha Amabareesh who had been backed by the BJP in the Lok Sabha elections.

Deve Gowda too had had to face a defeat in Tumkur as he left his own seat in Hassan in order to pave way for his other grandson Prajwal Revanna.

H D Kumaraswamy did get the privilege of being the chief minister for more than a year despite winning just 34 seats in the state elections thanks to the coalition that they formed with the Congress. But this act is what upset a large section of the traditional Vokkaliga voter base. They weren’t too glad to join hands with the Congress who they have fought for decades.

The Vokkaliga voter has voted for a stable government and not the party. And this is a big victory for Bookanakere Siddhalingappa Yediyurappa whose birthplace Bookanakere also happens to be in the same taluk in Mandya.

For B S Yediyurappa has now emerged as the tallest standing leader in Karnaraka. What with giving his party its first full majority government.

Battling not just the opposition leaders but also factions within the party who had tried to position him as just a ‘Lingayat’ leader, the septuagenarian has proved otherwise by engineering this landslide victory.

Congress leaders like Siddharamaiah and Dinesh Gundu Rao who had predicted the fall of the Yediyurappa government have tendered their resignation, as the regions where the ‘defectors’ contested from were all traditional Congress strongholds.

The chief minister fought many odds, from differences within the party, to floods that left the state distraught, to accusations of being ignored by the central leadership and the delay of flood relief funds and the like, to organisational challenges. Even so, he hit the roads from day one of taking over the reigns.

And that’s precisely where the JD(S) failed. The loss of faith among its cadre is one of the key reasons that a bastion like the old Mysuru region could be broken into.

Deputy CM Ashwath Narayan and the CM’s son B Y Vijayendra who were in-charge of K R Pete campaigned for the JD(S) rebel while also seeing to it that the image of BSY was projected as the ‘Mandyada Maga’ (son of Mandya).

And this ‘son of the soil’s journey, with this latest victory that has strengthened the reign of the only BJP CM above 75 years of age, has also been a journey of the party.

Soon after its formation, BSY had contested the first assembly election on a BJP ticket and won from Shikaripura assembly in 1983 from where he went on to win six consecutive times.

He was also the one who gave the party its first ever government in South India in 2008.

Cut to a decade later and the man spent every single day after the 2018 elections, when the state didn't give a clear mandate, meeting people on the ground, and strengthening the party from within till the coalition collapsed and he was sworn in as the chief minister for the fourth time.

And having engineered the latest victory, with which he managed to secure for the party its first full majority government in the state, B S Yediyurappa has made history.

Meanwhile the former PM, Deve Gowda’s party may soon be relegated to the pages of history.