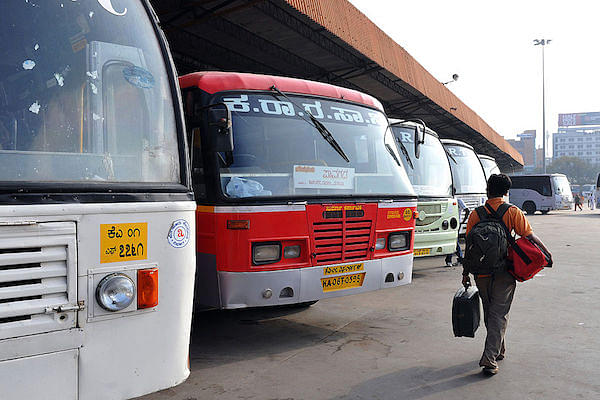 In 2008, when the BJP government was in power in the state, the then transport minister, R Ashoka, had announced that private transport companies would not be allowed to operate on ‘nationalised’ routes. Put simply, private operators would be barred from offering services on certain routes that were nationalised, clearing the way for the government to create a monopoly and earn larger revenue.

That proposal never saw the light of day.

Now, in 2016, the Congress administration is preparing to reintroduce that policy, but with one significant difference. It is proposing to nationalise all bus routes in Karnataka, leaving private firms to look for alternate ways to operate on state roads.

There are a number of problems with nationalising something as simple as bus routes. Where the government could have set up competent regulatory authorities and allowed competition to flourish, they have chosen to stifle private operators.

As a reference for this process of nationalisation, the government has mentioned the names of the two neighbouring states with nationalised bus routes, Maharashtra and Tamil Nadu.

However, bus services in Maharashtra and Tamil Nadu are nothing to write home about.

Lets look at why Karnataka’s new plan is ill-conceived.

Fortunately, we have the examples of Tamil Nadu and Maharashtra - the very states Karnataka cites as references for its new policy.

First, there is simply no value addition to the customer. The Tamil Nadu government operates close to zero premium buses. Maharashtra operates them only on few routes. They’ve scrapped routes on which they couldn’t compete with private players. In Tamil Nadu, the quality of bus transport is absolutely in the pits. While Karnataka State Road Transport Corporation’s buses are superior, the quality of services has been on the decline for some time.

Second, private operators will be subject to more harassment. In order to operate using existing loopholes in the law, they may have to pay huge amounts of bribes to Regional Transport Office, police and other government officials.

Third, populism will ensure state transport companies are run badly. Bus fares in Tamil Nadu were frozen between 2002 and 2011, leading to dreadful losses, resulting in bad buses and a pathetic administration. Maharashtra, with a more liberal and decentralised structure, has multiple transport companies operating at the municipal level, and fare revisions do happen periodically.

Fourth, the states will only lose revenue from private operations. In order to operate the buses, private players may register their vehicles in other states and run them in Tamil Nadu or Maharashtra. This robs these states of various taxes.

The alternative to statewide nationalisation

The government wants to be the sole operator on state roads and rake in substantially larger revenues while not letting private operators have a share of the pie.

In that case, the solution here is not to nationalise every route but to set up an independent regulator for private operators. We have such a vast network of highways that were built over the past decade. What an awful waste of space it would be if only government buses could ply on them!

Additionally, if other states also begin to nationalise their routes, high-end bus manufacturers like Volvo and Scania could exit the bus manufacturing business in India due to a lack of buyers. People would then be compelled to travel from Delhi to Dehradun in a dilapidated Volvo bus operated by the Uttarakhand Transport Corporation, or the even rustier vehicles belonging to the Uttar Pradesh State Road Transport Corporation, for instance.

Citizens should be allowed to choose services they like, without having to be pushed into accepting just the government services. The freedom of choice is paramount in a free and open democratic society.

Let me put it this way: why should I have to buy bread from a (pre-disinvested) Modern Bakery when I have the choice to buy cheaper, tastier, or healthier bread from Kissan or Gibbs?

Nationalisation of bus routes by the states is certainly not the way forward.

Given that only recently the Karnataka government asked Uber and Ola to halt operations, one wonders why the state government is adamant on causing inconvenience to the people.

Read To Believe: Why Karnataka Govt Has Asked Ola And Uber To Halt Operations