#Karnataka2018: Saffron Wave On The Coast 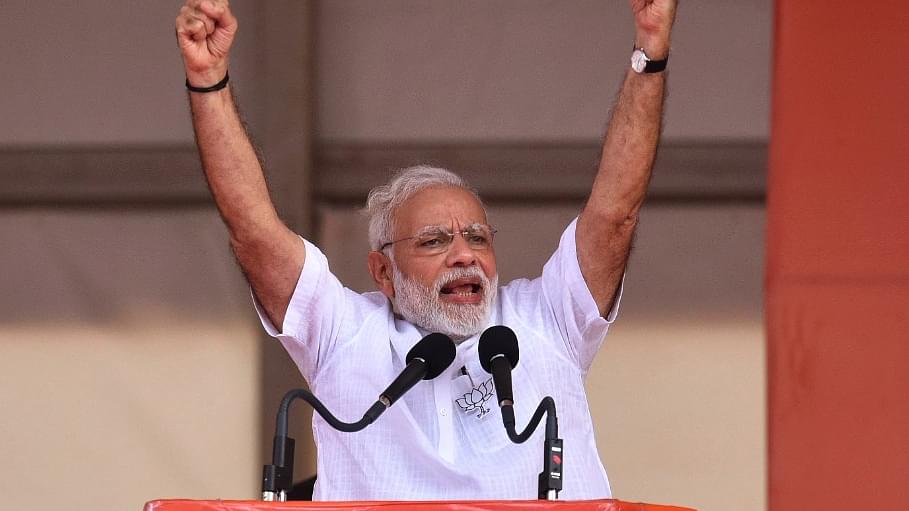 Call it a wave or a tsunami but the last minute rallying by Prime Minister Narendra Modi in the coast has turned the tide in the favour of the Bharatiya Janata Party (BJP) and this is how. Traditional Congress strongholds have also seen the lotus bloom unexpectedly. For instance, in Udupi where the sitting Member of Legislative Assembly (MLA) Pramod Madhwaraj, who is also a sitting minister in the present Siddaramaiah government, lost to the BJP candidate by around 12,700 votes.

Mangalore South was said to be a weak seat for multiple reasons. One the one side was the sitting MLA J R Lobo who had the minority votes backing him, what with the narrative of the church attacks and the like making rounds. Lobo had won the last elections with a margin of 12,275 votes. On the other side was the BJP’s Vedavyas Kamath's name being linked to the murder of RTI activist Vinayak Baliga. But what sealed it for the BJP in Mangalore South was the final rally held by Modi which saw a massive turnout with the crowds even refusing a translation of the PM's speech to Kannada.

Lobo lost the Mangalore South seat by close to 16,000 votes. The murder of many Rashtriya Swayamsevak Sangh workers, which formed a large part of the BJP’s election narrative, is said to have mobilised the Hindu votes in favour of the BJP. This is also suggested by the dismal support to Moodabidri’s K Abhayachandra Jain and Bantvals’ Ramanath Rai, and the entire northern coast to turning saffron.

In Mangalore North, candidate Dr Bharat Shetty despite being a new face (replaced long-time BJP loyalist Krishna Palemar) has won with a huge margin. He beat minority leader B A Mohiuddin Bawa, who had drawn criticism for political murders and the communal riots that followed in his constituency, with a margin of around 25,000 votes. While the Congress had nine out of 13 constituencies in Dakshina Kannada and two in Uttara Kannada in its kitty, this election it has lost its face in most, winning/leading in just two in Uttara Kannada and winning only one in Dakshina Kannada.

But the Bharatiya Janata Party, which is the single largest party in the state as of now, has won 12 out of 13 in Dakshina Kannada and six out of eight in Uttara Kannada. The coast as they say has surely been swept by the Modi wave.