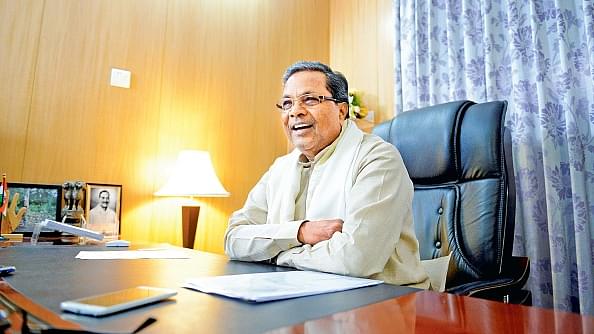 Contrary to assumptions, it isn’t just the Bharatiya Janata Party (BJP) that is stirring up divisiveness. Fear of Narendra Modi and the BJP is making opposition politics even more divisive and communal in rhetoric, making the cow politics of the BJP seem practically humdrum in comparison.

You can see this divisive script being played out best in Karnataka, where the Congress fears losing the one big state it controls in the next assembly elections due in May 2018.

First, the government headed by Chief Minister Siddaramaiah backed Kannada chauvinists, by making a big deal out of Hindi signboards in the Namma Metro. He and his party spokies make daily threats against Hindi and think it will win them votes. It is now difficult to find any difference between Siddaramaiah and Raj Thackeray, whose partymen ended up beating Bihari taxi drivers some time back in Mumbai to drum up support for his “Marathi manoos” electoral plan. Mumbai did not vote for him.

Next, conscious of the fact that the Lingayat vote may swing decisively towards the BJP, whose tallest leader in the state is B S Yeddyurappa, the Congress is seeking a split, by encouraging the Veerashaivas to agitate for being declared a non-Hindu minority religion. The Veerashaivas (a community guided by five peethas based in Karnataka, Uttarakhand, Andhra Pradesh and Varanasi) and Lingayats, followers of Basavanna, are both considered Hindu sects, despite some doctrinal differences. The Congress is trying to drive a wedge between them by saying the two are different, and promising to get them separate minority status. The Seers of the Lingayat community are now trying hard to heal this politically-created rift.

This is the Ramakrishna Mission episode all over again. In the late 1980s, when the Communist Party of India (Marxist)-led Left Front tried to meddle with the Mission in West Bengal, the latter declared itself a non-Hindu minority community to retain institutional autonomy. The Supreme Court saw through the game and rejected the idea, but that has not stopped politicians from dangling the freedoms given to minority-run institutions to sever Hindu institutions from their roots. This is the cynical game now being played in Karnataka.

Third, the Karnataka government stirred a hornets’ nest when it decided that it will seek official status for a state flag. While there is nothing wrong in this idea itself, the reality is the state already uses its distinct red and yellow flag at state events, and making this official is hardly going to make a big difference to regional pride. The attempt clearly is to stoke regionalism, by creating emotive issues for voters so that they avoid evaluating Siddaramaiah governance failures.

The problem is not the flag, or promotion of the regional language or even giving religious institutions greater autonomy under the garb of giving them minority status. It is about confusing the voters by deliberately stoking divisiveness, and the brazen attempt to chop off smaller denominations of Hindu institutions from their religious roots.

Consider the ruckus that would be caused if the Uttar Pradesh government had decided that it will be adopting the bhagwa as its flag and Om as its mantra. Or if it decided that Vande Mataram will be its state song. It would be called communalism and divisive politics. One wonders why the same attempt by the Congress is somehow just about diversity and the Idea of India.

The rise of Modi is clearly psyching the opposition to seek desperate remedies for lack of a clear message to the voter. Seeing no easy way of dislodging the BJP from power, the opposition is trying hard to divide voters along communal, caste and religious lines in the run-up to 2019.

Be prepared to see the most vicious political battle in 2019. The game is “Divide India” and it can’t ultimately do any good to our sense of nationhood. Neither the BJP nor its opponents seem to realise that they are playing with fire.